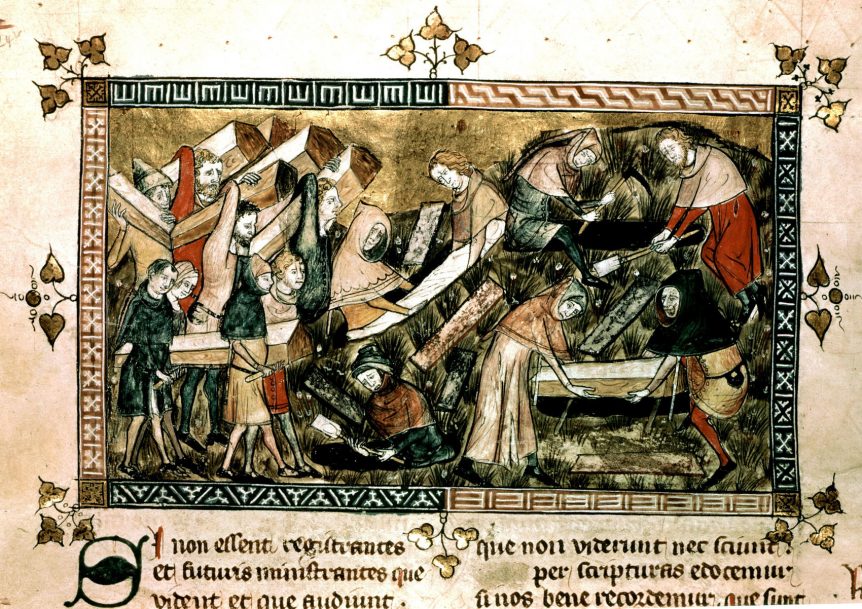 When 2016 came to a close, many on the internet dubbed it “the worst year ever.” The trend continued, and commentators declared the following years to be the worst ever as well, touting each as “the year of the dumpster fire.” In 2018, Merriam Webster added “dumpster fire” to the dictionary, acknowledging its growing popularity and defining it as “an utterly calamitous or mismanaged situation or occurrence.” These gloomy internet pronouncements have been cropping up annually since at least the Great Recession. But in 2020, these years—as fraught as they were—now seem like the good old days. 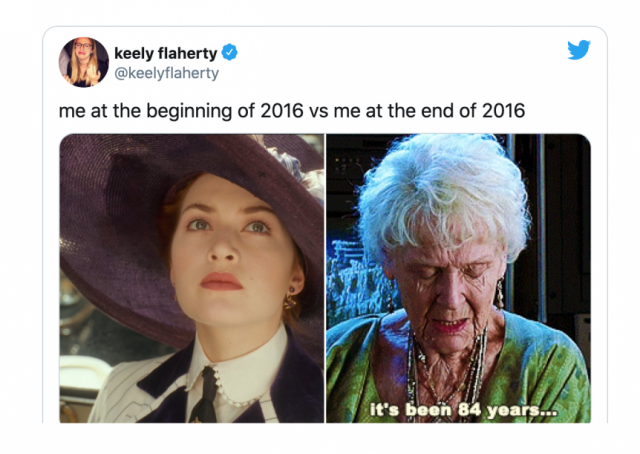 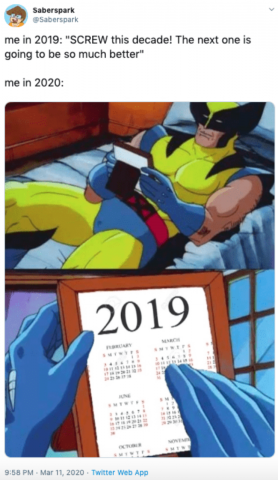 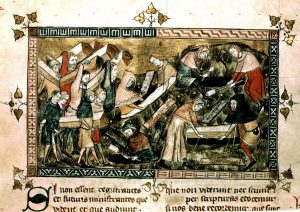 This 1349 scene shows the overwhelming presence of death from the plague which was spreading across Europe. Source: NPR/UIG via Getty Images

As each year from 2016 to 2018 was unceremoniously declared “the worst,” journalists turned to history to put recent events into perspective. Some recalled 1348, when the Black Death killed at least one-third of Europe’s population. Others pointed to 536 as the definitive worst year ever, when a volcanic ash cloud plunged several continents into darkness for over a year, spurring economic and social collapse. Little did we know in 2016 that four years later, some of the “worse years” invoked—like 1919, when a flu pandemic killed an estimated 50 million people worldwide, and 1968, when the Vietnam War and the fight for civil rights provoked massive social unrest—would become frequently cited comparisons for the events of 2020. The plagues and upheavals that seemed extreme just a few years ago have become lenses we use to frame our current circumstances. 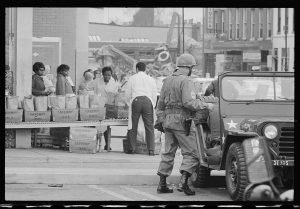 In the wake of the assassination of Dr. Martin Luther King Jr. in 1968, rioters outraged over his slaying and a lack of civil rights progress destroyed large swaths of Washington, D.C. Here, residents pick up groceries while federal troops patrol the area. Source: Library of Congress

As in 2016, the constant barrage of dismal news in 2020, through social media and digital news outlets, is overwhelming. But our short memories and our bias toward negative thinking make it difficult for us to assess the lasting or even relative significance of any particular moment. History teaches us that there always have been bad years, and our own very real experiences of living through them can look different after time passes and we gain perspective. Still, 2020 feels more apocalyptic than the “worst” years in the decade that preceded it. The disease, death, economic hardship, and racial reckoning that confront us this year reveal yet more extreme national ideological divisions, rather than offering a sense of solidarity. And in the socially distanced world of COVID-19, there are fewer distractions from this news and the anxiety it produces.

One prescient New Yorker article from 2016 noted, “There is no limit to the amount of misfortune a person can take in via the Internet, and there’s no easy way to properly calibrate it—no guidebook for how to expand your heart to accommodate these simultaneous scales of human experience; no way to train your heart to separate the banal from the profound.” This sentiment captured our felt and real inability to process the practically infinite amount of information available to us in 2016. But our interactions with this vast world of news and ‘content’ in 2020 have varied—sometimes despairing, sometimes making light of the state of the world, and alternately motivating or enabling both paralysis and political action. 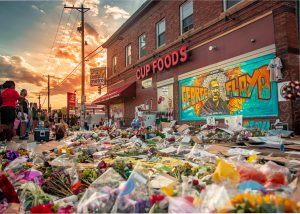 Americans are starting to realize there will be no “back-to-normal” after the pandemic, and that an unknown world, littered with both new norms and stubborn problems, awaits us. We also recognize some of the ways the internet and social media are shaping our lives and experiences—but we have yet to know what kind of society these changes will ultimately create. The echo chambers, evolving social media platforms, and digital activism that we have developed, both consciously and unconsciously, will in turn produce new realities for us to contend with, for better and for worse. Throughout history, humanity has adapted to the transition from oral to written culture, the invention of the printing press, and the rise of daily news media, all of which have radically changed societies and ushered in the world we inhabit today. As the pace of change accelerates, the communication revolution and social and political turbulence we experience now will similarly shape the landscape of the years to come, bringing new perplexing realities. Perspective takes time, and even in 2020, it’s impossible to know now exactly how the future will remember the present.