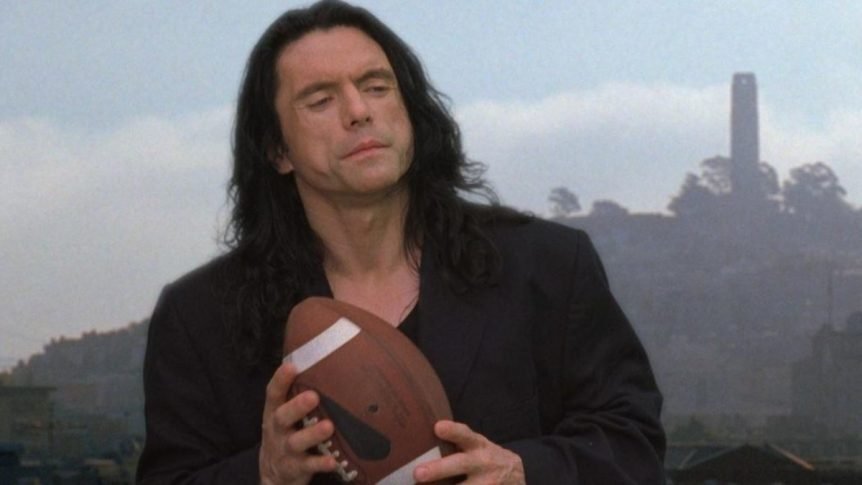 I’m getting ready to go to a screening of one of my brother’s favorite movies. He’s talked about it from time to time and has gone to screenings of it before and has warned me what to expect: yelling, jeering… spoons.
I think okay, that sounds like a lot of fun, I’m in.

We make our way into the Regal Theater in Warrington, PA, choose seats and get comfortable. From the row in front of me, my sister-in-law passes me a handful of plastic spoons. I hold onto them as the lights dim and the movie begins.
The commentary from the audience starts right away:
“Focus!”
“Go, go, go, go – boo!”
“Hi, doggie.”
And “YOU’RE TEARING ME APART, LISA!” 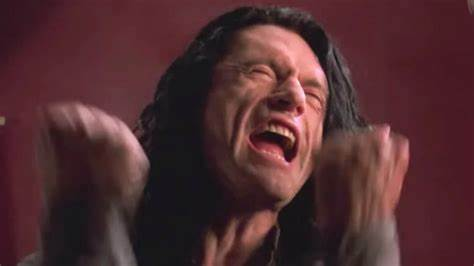 Tommy Wiseau in anguish as he screams “You’re tearing me apart, Lisa!” Courtesy of Google Images.

And then a spoon appears on screen and as I hear, “SPOON!” Suddenly, plastic spoons are flying through the air, pelting everyone in the theater. The poor Regal employees must have a blast cleaning that up.

But why does this movie exist? And what is it doing in a theater? If you know anything about this movie, it’s not good. At all. And no one thinks it is and yet multiple times a year, Tommy Wiseau is going around the U.S. to screenings of his movie, The Room (2003), where hundreds of people show up to join in on this masterpiece of garbage.
Does a movie like this deserve to stick around for generations? What happens when the film reels, the DVDs, the signed Blu-ray (yes, I have a signed one) all begin to deteriorate? Do we make the effort to keep this gem of a movie around or do we let it fade into legend and myth? 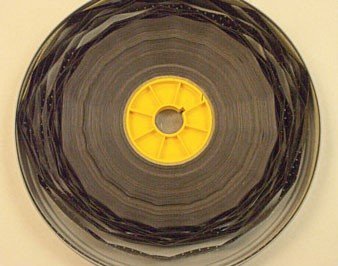 Preservation of film isn’t cheap, nor is it simple. Film from different eras are made differently. There’s silver nitrate film…which is self-combustible. Then there’s the less exciting issue of sticky shed syndrome which makes the film smell like wax or crayons and cause the tape to squeal while it plays. Vinegar syndrome makes the film smell like vinegar and can shrink. Then there’s mold or fungus and if you see that, call the professionals.

To save these films, each problem has its own unique fix. Silver nitrate film needs to be in a fireproof box and stored in an environmentally safe area; sticky shed syndrome can be baked at low temps for long periods of time; there is no cure for vinegar syndrome and the tape must be transferred.
Okay, so there are ways to save a film with sticky shed or vinegar syndrome, but is it worth it for the movies that are just, well terrible? You’ve got movies like The Room, The Last Vampire on Earth, Miami Connection, L.A. Wars (and that’s just a FEW) – they aren’t good, but they are fun. Companies like Vinegar Syndrome, which derives their name from something that destroys film, work to restore hundreds of films between the 1960s and 1980s with focus on exploitation, Giallo, horror, shock and more. Genres and subjects of movies that most people would find either offensive or just downright bad.

But what about the ones that are terrible in ways that exploit? Or speak lies? Are truly awful in ways that they should maybe thinking about what they’ve done and sit in a corner and apologize for the things said? Do they deserve to be saved? Maybe. 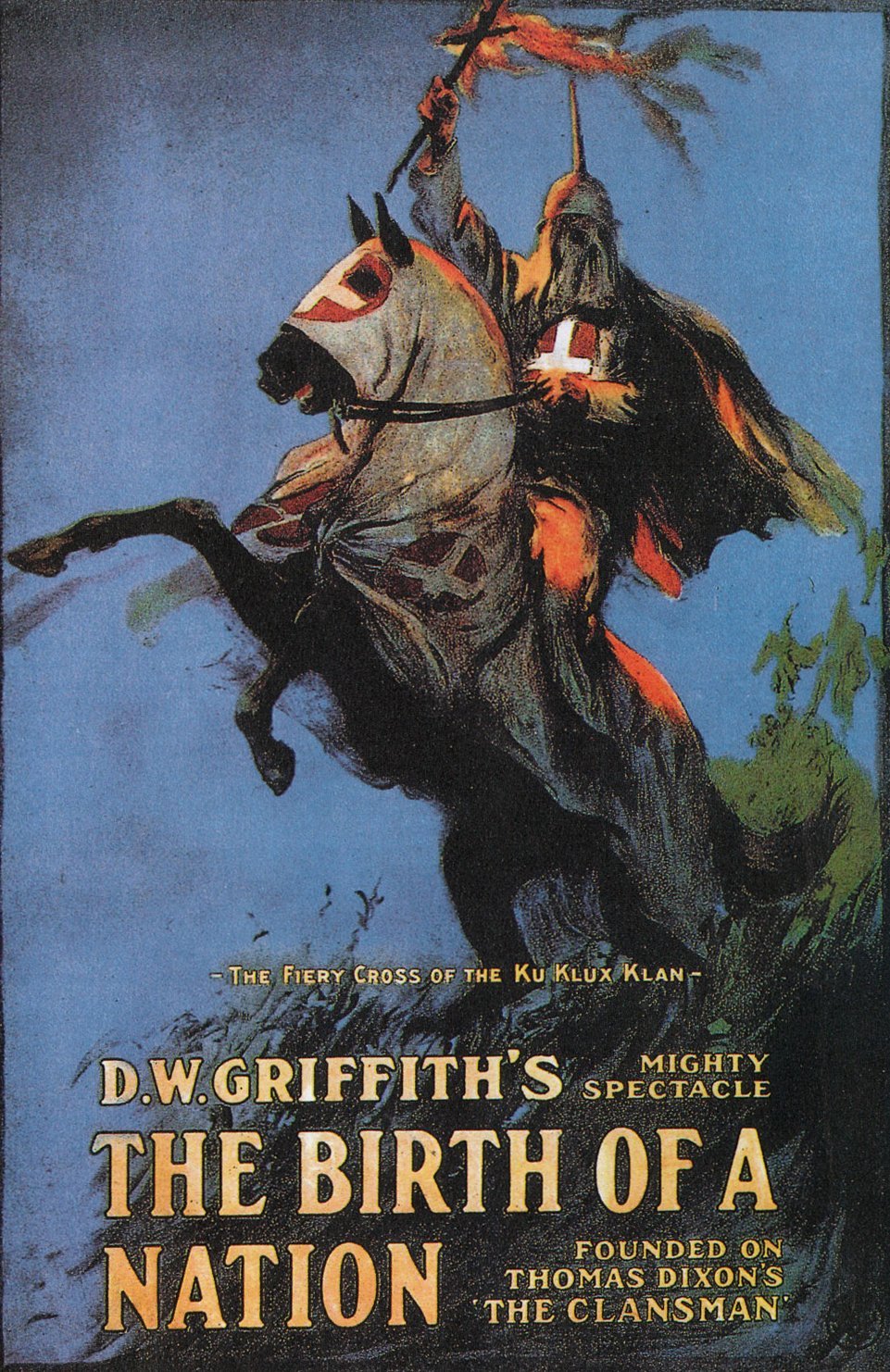 Promotional poster for D.W. Griffith’s The Birth of a Nation. Courtesy of Google Images.

Maybe all they get is a space on a shelf in an archive to say they existed, but they shouldn’t be watched by the public eye.
But what about movies like Birth of a Nation? Or a less problematic but still controversial, Gone With the Wind? What should we do with those? With movies such as these, institutions like the Library of Congress and the American Film Institute find the movies culturally worthy enough to be saved. These are two examples of controversial movies but there are many out there that, despite their issues, they are still historically significant – we can learn from the mistakes of the film makers and do better next time. 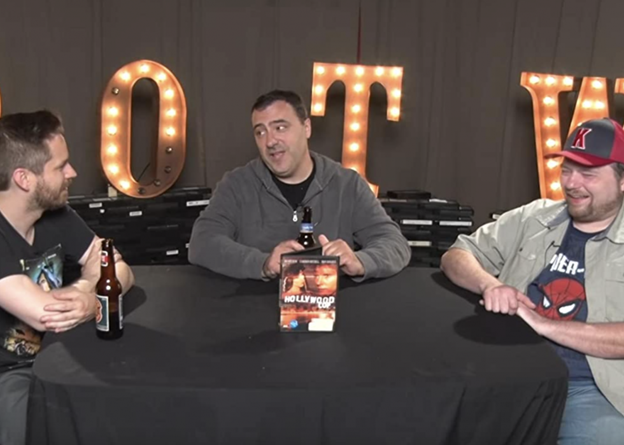 But, to bring it back to The Room–is Tommy Wiseau’s movie culturally significant? I would say it is considering the gatherings nationwide to watch it together. Is historically significant? Probably not, but someone someday may use it as a social study on people coming together in misery to yell at a movie screen and laugh until they cry. Why do we do that? We know it’s bad and yet we enjoy it. I think that’s why bad films are saved.

Why people like RedLetterMedia are popular on YouTube because the horrible, the weird, the terrible, fascinate us and we just want to watch it and talk about it. It brings people together around a large green table with a couple of cold beers to talk about how the shots were framed and focused wrong, the script is terrible, the acting is awful, the score is too loud or too inappropriate. Terrible movies might not be destined for the movie theaters but more often than not, you can still see the love and passion that went into making them. So, in that way, they deserve to be preserved. Though, I guess terrible movies do have the right to the Silver Screen – The Room sure has its cult following and spoon throwers. I guess its beauty is in the eye of the beholder…?