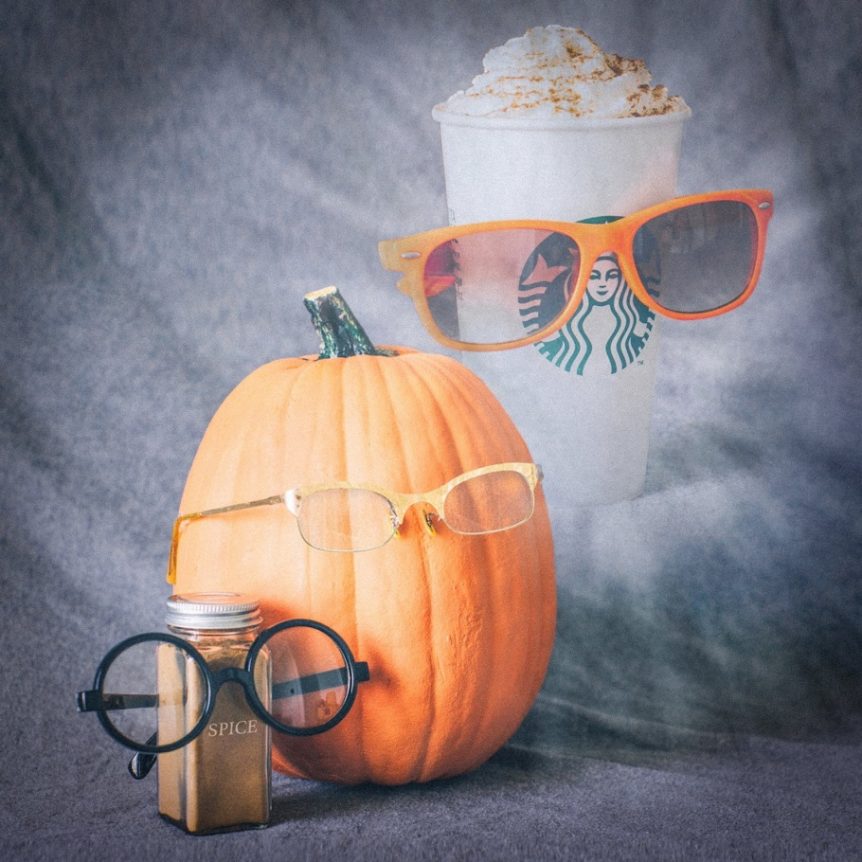 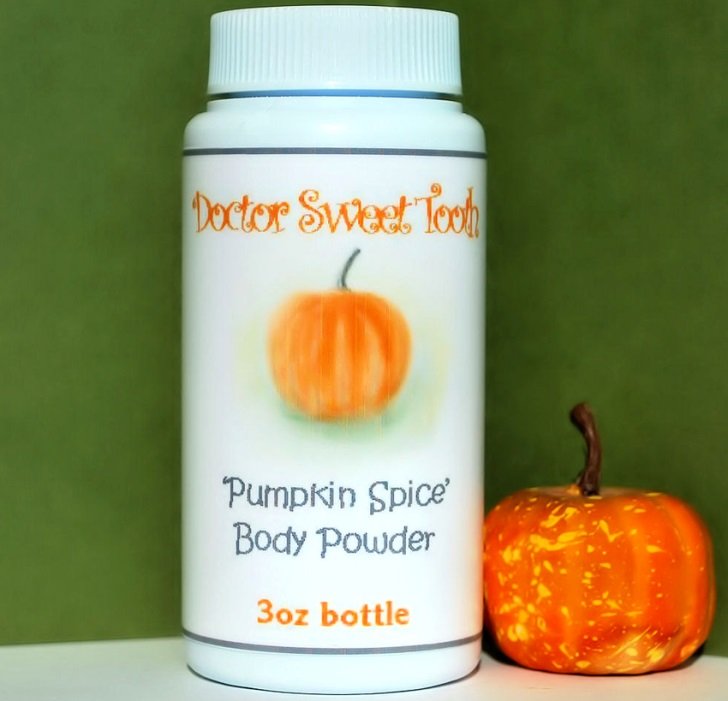 Products like pumpkin spice body powder may inspire questions like “How did we get here?” and “Have we gone too far?” Source: Etsy

As the days turn colder and darker, we couldn’t let autumn slip away without paying homage to its most iconic bastion: the pumpkin spice latte (PSL). From its sweet, humble beginnings at Starbucks in the early aughts, the PSL has morphed from a beverage into a lifestyle. From cough drops to salsa, deodorant to detail spray, pumpkin spice has infiltrated nearly all commercial arenas—and to polarizing results. Recently, for instance, one patron of pumpkin spice Spam praised it as “a fantastic nugget of uncertainty,” while a reviewer of a pumpkin spice latte burger described “a grim experience” resembling a “meat-flavored cupcake” which garnered negative three stars. Indeed, the pumpkin spice flavor journey contains multitudes. But where did it really originate, and how did it reach omnipresence?

Pumpkins are native to North America, but first crossed continents approximately four centuries ago in the “Columbian Exchange”: the large-scale transfer of ideas, plants, animals, populations, technologies, and diseases kickstarted by European colonization of the Americas. At the time of the Columbian Exchange, and for more than a century afterward, spices were popular among European elites. European and British colonial recipes often called for various spices to complement pumpkin’s natural sweetness, including ginger, allspice, and nutmeg. Indeed, you might find all three today in any given PSL, along with cloves and cinnamon. But the spices that give the PSL its bite stem from often fraught histories of their own.

Nutmeg, in particular, launched fortunes, monopolies, and massacres. Native to the Banda Islands, present-day Indonesia, the nutmeg we consume in all things pumpkin spice has been enjoyed on multiple continents for thousands of years. But traders kept its origin secret until the sixteenth century, when Portuguese explorers arrived at the Banda Islands and quickly exploited its resources. For decades thereafter, the European superpowers fought for control of the coveted spice, which would eventually break free of monopolization in the mid-eighteenth century — its seedlings smuggled to France by a daring trader.

This 1614 image depicts a 1606 battle the Dutch and Portuguese for control over the Banda Islands’ nutmeg trade. The Dutch captured the Banda Islands at the turn of the seventeenth century, coercing the Bandanese people into a monopolized trade agreement. But the Bandanese did not comply, and even found new trade partners — including the British Empire. Consequently, the Dutch perpetrated a series of assaults that effectively wiped out approximately 93% of the Bandanese population. Those who escaped with their lives were either forced into enslavement — educating the Dutch on nutmeg cultivation — or found refuge on other surrounding islands. Source: Wikimedia Commons; Dutch National Library via Washington Post 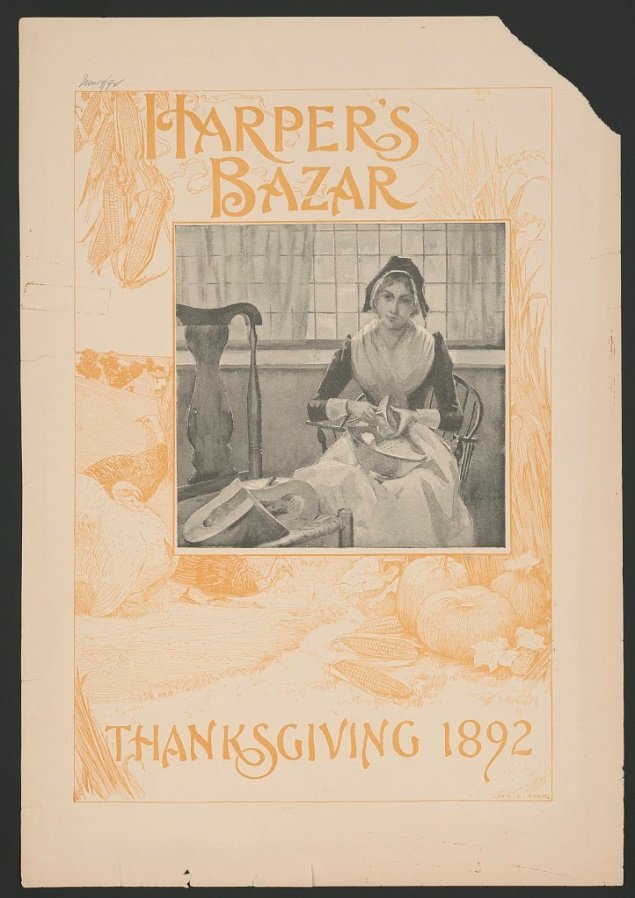 A colonial woman preparing a pumpkin for cooking on the cover of the 1892 Thanksgiving issue of Harper’s Bazar. The well-known Thanksgiving poem, “Over the River and Through the Woods,” was first published in 1844. The final stanza of the original version—“Hurra for the pumpkin pie!”—points to the dish’s early status as an iconic Thanksgiving dish. Source: Library of Congress

Each of the PSL spices has its own long history within the larger spice trade, and by the mid-1600s, the brutal colonial trade had made spices accessible and affordable for the middle classes. As a result, heavily spiced dishes fell out of vogue in Europe. Though trends in European, and particularly, French cooking were moving toward more subtle flavors, spices like ginger, allspice, and mace or nutmeg, were popular in the British North American colonies, and by 1796, a custard-style pumpkin pie flavored with these spices appeared in Amelia Simmons’ American Cookery.

Pumpkin pie became a staple at Thanksgiving tables by the mid-19th century, but the specific combination of nutmeg, cinnamon, cloves, ginger, and allspice may not have been explicitly associated with pumpkin until the twentieth century. One of the earliest known references to “pumpkin spice,” this particular mix, comes from a 1936 recipe published in the Washington Post: “Spice Cake Of Pumpkin Newest Dish: Delicacy Tempting to All Appetites and Easy to Prepare. Ideal Dessert for Family Dinner, Healthful for Children.” Quite a mouthful. But soon enough, the pumpkin itself would depart from the equation in “pumpkin spice” treats, appearing in name alone.

Two decades later, McCormick and other spice companies began marketing a “pumpkin pie spice,” which found its way into a variety of dishes— with or without pumpkin. By the 1990s, pumpkin spice would appear in ads for clothing, candles, and — that’s right, coffee. In 1998, a journalist at Fasig’s Coffee in Pennsylvania described its pumpkin spice brew as “a combination that can’t be savored anywhere else — yet.” Little did they know what awaited us all on the other side of the millennium.

By 2003, the corporate availability of fall-flavored coffee was expanding, and Starbucks had just conquered winter with the rousing success of its Peppermint Mocha Latte. Looking to replicate that success in a different season, a research & development team headed to the “Liquid Lab”: a room at Starbucks’ Seattle headquarters described by the company itself as “a cross between a chef’s kitchen and a scientist’s playground— with industrial refrigerators, espresso equipment, and an eclectic mix of potential ingredients and flavors.” In the Liquid Lab, they took a risk: navigating away from safely popular flavors like caramel and chocolate. And the risk paid off. After sampling pumpkin pies and espressos in tandem, the team eventually landed on a cinnamon, clove, and nutmeg combination for their autumn latte. Instead of creating a syrup, they opted for a sauce —more fitting for a beverage meant to evoke the hearty consumption of pumpkin pie and other fall treats. A culinary cultural icon was born. 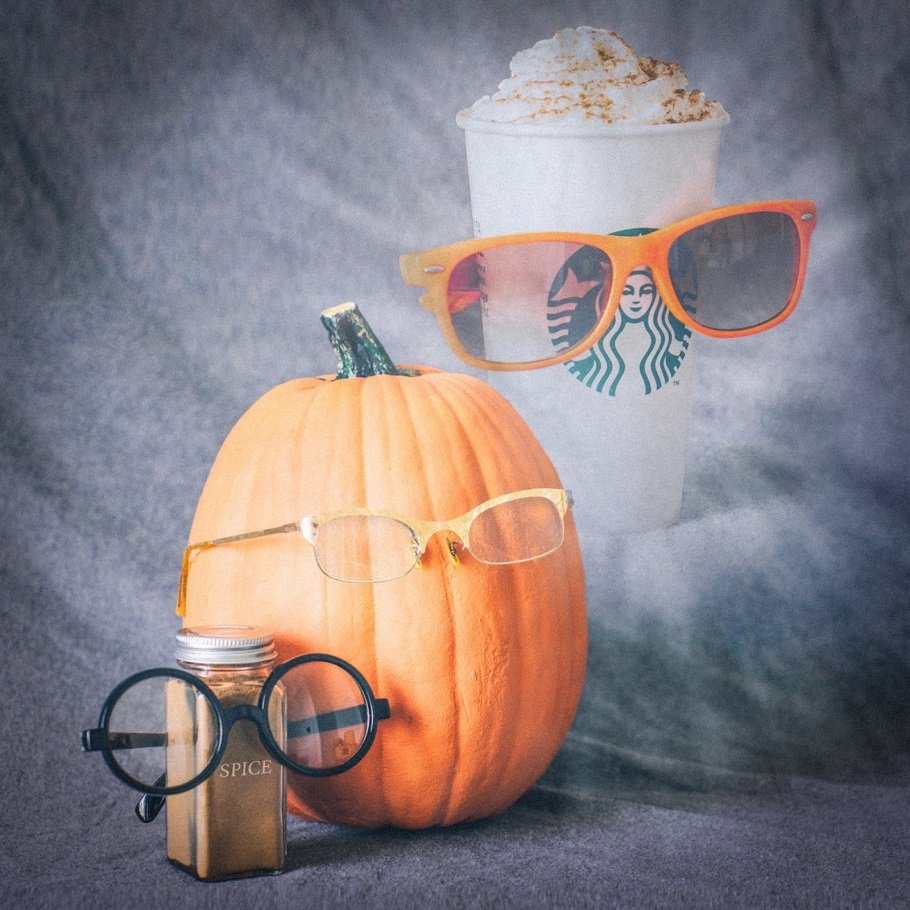 A variety of frames for a winning combination, straight from the official PSL social media account. @TheRealPSL posted often in the fall of 2014 and 2015, before tapering off. Its latest tweet came in August 2018, letting followers know it’s back but, “let’s catch up IRL.” Source: Twitter

One hundred Starbucks stores in the United States and Canada saw the rollout of the PSL that fall, before its nationwide debut in 2004. Almost overnight, and with each passing year, its popularity grew immensely.

The sweet, caffeinated PSL distilled the nostalgia of fall— warm drinks by the fire, family around the Thanksgiving table, and the spiced desserts of the coming holiday season— into a compact, consumable beverage. For PSL fans, drinking the latte became synonymous with participating in the fall season. Young, white, millennial women, in particular, became the most visible proponents of the drink, Instagramming PSLs into fall scenes alongside crunchy leaves and plaid flannels.

By the 2010s, Starbucks drinks and the PSL had become part of the “basic” persona— a term appropriated from Black American culture— alongside Ugg boots, leggings, and The North Face jackets. This association with and popularity among young white women drew criticism for the PSL as something lacking in taste or refinement: something that people only liked because it was popular. This trend—discourse surrounding foods or beverages that appeal to many women as intrinsically annoying or over-saturated—can often also be a marker of casual misogyny, with the PSL acting as one major touchstone.

Undeterred, or perhaps emboldened by the PSL’s “basic” label, marketers attempted to tap into the seasonal nostalgia and marketability of pumpkin spice and applied it to foods like Oreos, autumnal candles, and health and beauty products. This proliferation of pumpkin spice flavors and scents, which took off in the mid-2010s, did not ultimately confer a cozy, irresistible seasonality to these products, but began to alienate pumpkin spice from its traditional associations. Try as they might, pumpkin spice Spam and deodorant could not evoke the same comforting nostalgia that the PSL was known for. Pumpkin spice as a flavor or scent had become untethered from its roots in the familiar pumpkin pie and, each fall, American consumers relished in outrage or exasperation over the new slate of pumpkin spice products— perhaps standing on the shoulders of those who first classified the PSL as “basic.”

Yet the PSL soldiered on, weathering the hate from professional chefs like Anthony Bourdain, who wanted “to see the pumpkin spice craze drowned in its own blood,” and Martha Stewart, who, like so many others, claimed the flavor was basic. In spite of the naysayers, PSL lovers—from teenage girls to foodies to ex-military men—continued to enjoy the sugary, seasonal beverage. Starting around 2018, many Americans began to grow weary of hating pumpkin spice. The millennial women who had boosted the PSL’s popularity were no longer teenagers, and a new generation was setting trends. And as America’s political divisions raised the stakes on many contentious issues, hating pumpkin spice hardly seemed worth the energy. The PSL vitriol became tired and trite, its good or bad publicity seemed to fall away, and the beverage became commonplace. 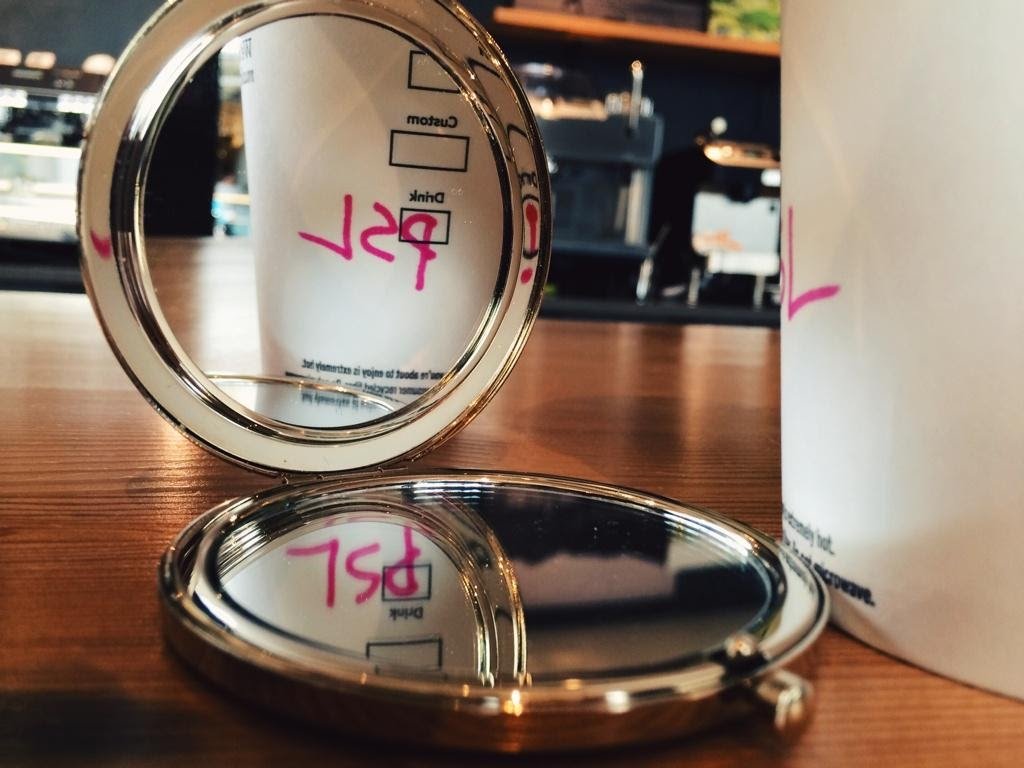 It’s worth noting that the term “basic” stems from Black American culture, ascribed to a whole range of trends, items, and people: from expensive bags to sushi, from incoming gentrifiers to lifelong peers. In each case, “basic” simply gestures to something beyond one’s own taste, a foil to virtues like individuality and independent thought. Appropriated by the anxieties and identity politics of white women and men, especially in the context of the PSL, it reflects a certain level of privilege—the time and resources to worry about how a term as subjective and shapeshifting as “basic” may apply, at least in perception, to oneself. Source: Starbucks Multimedia

But the PSL’s rise and fall, and its endurance since 2003, gestures toward a larger trend which looms over American consumerism. In 2011, the Wall Street Journal reported that retailers roll out as many as 20 shopping seasons each year, knowing that consumers will be drawn in by variety and impulse buying. Some of these, like back-to-school, are based around more concrete needs for certain products at certain times of the year. But starting in the fall, many of these seasons are based around holidays and celebrations. Just as the PSL conjures cozy autumn nostalgia, the Peppermint Mocha Latte which predated it offered up a consumable stand-in for holiday cheer. This year, as Americans crave familiarity in endlessly “unprecedented” times, retailers are debuting seasonal products earlier than ever. Marketers position these products as proxies for or facilitators of quality time with family, seasonal cheer, or charity towards others in the “holiday spirit.” Even in a pandemic-free world, we know from experience that idealized images of holidays and family gatherings in ads do not reflect reality and that seasonal products cannot ultimately produce those pristine images.

Still, marketing ploys aside, it’s more than okay to find small joys and warm familiarity wherever we can these days. In fact, it appears that even Martha Stewart has finally welcomed the PSL into her world, just introducing a new recipe for a Pumpkin Spice Latte Cake: “the Perfect Fall Dessert.” And with that, the PSL comes full circle, and then some: from pumpkin-flavored baked goods it came, and into PSL-flavored baked goods it goes.

Creating a Corporate Anniversary Exhibit for HAI
Saving Super Mario Maker
The World Was Wide Enough: Hamilton and the Growing World of Historical Musicals
GameStop: Not the First Rodeo of Charging Bulls and Raiding Bears