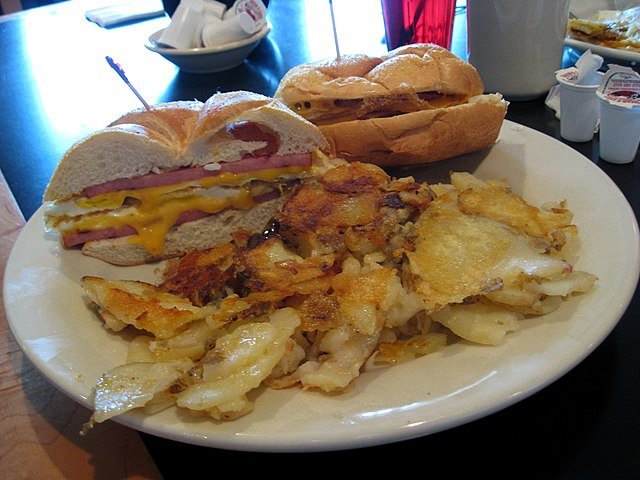 “What’s in a name?” Shakespeare once asked. At HAI, archivists and historians make it a point to learn about the history behind names, phrases, places, and more in our work as we preserve and share the histories of our clients.

Since our work takes us to client sites around the United States, we often hear different phrases, terminology, and dialects that can refer to the same thing. Even when we aren’t working, we’re fascinated by the evolution of what we say and how we say it. Today’s blog will dive into a little history behind one of the many regional phrase debates that can be a sign of where we come from.

Over the past several years, food delivery apps have become a staple in everyday life for many of us. Forgot lunch? There’s an app for that. Check out Colleen Kim’s 2020 blog post Eating Out, Eating In: A Brief History of Takeout in America to learn more about how our restaurant habits have changed over time. 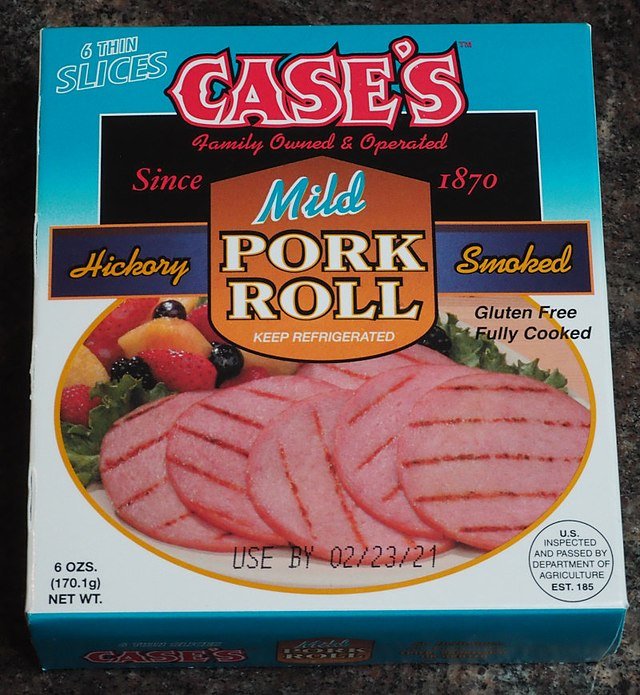 Recently, after ordering from one of the popular take-out apps, HAI Archivists Katie DeFonzo and Laura Bell sat down to a lunch from Bethesda Bagels. Being from Pennsylvania, where pork roll is a common breakfast food staple, Katie was surprised to see this on the local restaurant’s menu in Maryland. Of course, she had to try it. But because most of Katie’s extended family is from central-northern New Jersey where she spent so much time when she was young, she also knew pork roll by another name – Taylor Ham.

As most people from New Jersey know, there is a heated debate surrounding this particular name. But Bethesda Bagels is a Maryland-based company, so clearly the appeal of this breakfast food has expanded.

Because we use history and archives to preserve and share stories at HAI, we thought it would be fun to dig into a little food history and learn more about the story behind this breakfast meat. After all, what is in a name? And what’s the history behind the debate of pork roll vs Taylor Ham?

While many may not be familiar with it, for others the “pork roll” vs “Taylor Ham” discussion divides New Jerseyans between north and south. 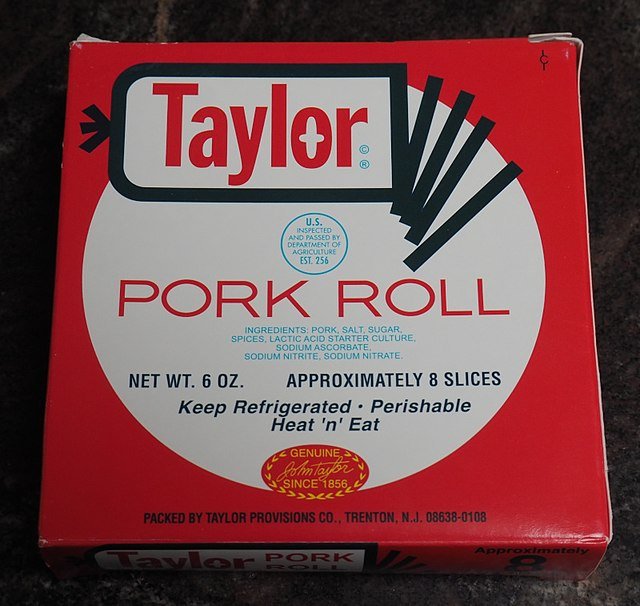 Pork Roll / Taylor Ham is a cured meat that was first created in 1856 by twenty-year-old John Taylor, who would go on to become a State Senator and businessman based in Trenton, NJ. Originally called “Taylor’s Prepared Ham,” it was renamed “Original Taylor Pork Roll” in 1906 following the passing of the Pure Food and Drug Act. This Act might be familiar to you if you have ever read the work of Upton Sinclair, who famously felt that his publication of the novel The Jungle did more to tighten quality restrictions related to food (such as the Pure Food and Drug Act) than it did to draw attention to other issues with which he was more concerned. For “Taylor’s Prepared Ham,” the purposes of our story, the changes made by this Act meant that many meats made according to recipes like Taylor’s could no longer be classified as “ham.”

Taylor Provisions then tried to trademark the company’s “pork roll” creation, but was unsuccessful. Soon after, competitors began producing their own versions of “pork roll” and the lengthy new name was shortened by many in the state to cut out “Original Taylor” and simply use “pork roll.” Today just three companies in addition to Taylor Provisions, produce the majority of pork roll products. However, most New Jerseyans acknowledge Taylor Provisions’ pork roll/Taylor Ham as the original.

According to one Trenton Daily article, the use of the different terms might suggest “an attempt by local eateries to try and differentiate it from other breakfast meats on their menus.”

Many have marked the debate as a unique piece of New Jersey culture. In a 2014 Nj.com article, one New Jersey native described a digital map he created plotting businesses using either pork roll or Taylor Ham in their menus to show the dividing line between north and south in New Jersey, and identifying where each of the phrases is more common.

It’s clear the appeal of the famous breakfast meat has reached beyond the NJ borders. Once you leave Pennsylvania and head south, Virginia ham quickly becomes the favorite. At least, this is how it seemed to Katie when she and her family took trips to places like Williamsburg and North Carolina. But including pork roll on the menu seems to be a way for businesses to expand options and appeal to visitors traveling from the nearby Mid-Atlantic region. We’re sure that by referring to “pork roll” rather than “Taylor Ham” on the menu, there’s no intention to take sides in this long-standing New Jersey debate. 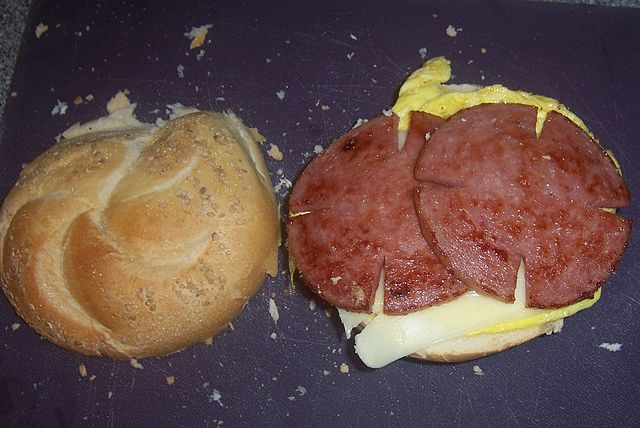 New Jersey natives continue to enjoy this delicious breakfast meat regardless of what they call it, and pork roll  is now more common its known to be more common now in Pennsylvania and Maryland too. Since 2014, a pork roll festival has been held each year in Trenton so that residents can enjoy the legacy of a food that’s part of their local heritage.

One company’s creation has helped shape a piece of New Jersey’s culture. At HAI we welcome opportunities to assist local companies in researching and creating their own histories. Please reach out if you’d like to learn more about how HAI can help preserve your company’s history. We hope you’ll join us next time as we dive into another regional phrase debate.