To see a vivid example of how white privilege and white supremacy are embedded in American culture, look no further than our cultural institutions. From the stories and artifacts we enshrine in our museums to the historical sites we treasure and preserve, the narrative has traditionally been one of freedom, triumph, progress, and democracy—a celebration of our history that ignored the systematic enslavement, oppression, labors, struggles, and contributions of Black men, women, and children. That silence served as erasure.

In recent years, there has been a concerted effort to examine and correct this practice. It is a work in progress—and a flawed one at that—but the field reached a major milestone in September 2016, with the opening of the Smithsonian National Museum of African American History and Culture.

Today, we’re highlighting just a few of the lesser-known museums and historical sites that are working to tell a more inclusive American story. We hope that you’ll visit their websites to read the stories they share, learn from the educational resources they offer, follow them on social media, and consider lending your support.

Located in Edgard, Louisiana, the Whitney Plantation is the only plantation museum in the region dedicated exclusively to telling the story of slavery. The sixteen original structures—including slave cabins and the Big House—explore the experiences of the enslaved men, women, and children forced to live and labor at the former sugar, rice, and indigo plantation. While the site, like other museums, is closed due to the pandemic, their staff has launched a virtual book club, starting with the autobiography of Harriet Jacobs, Incidents in the Life of a Slave Girl. 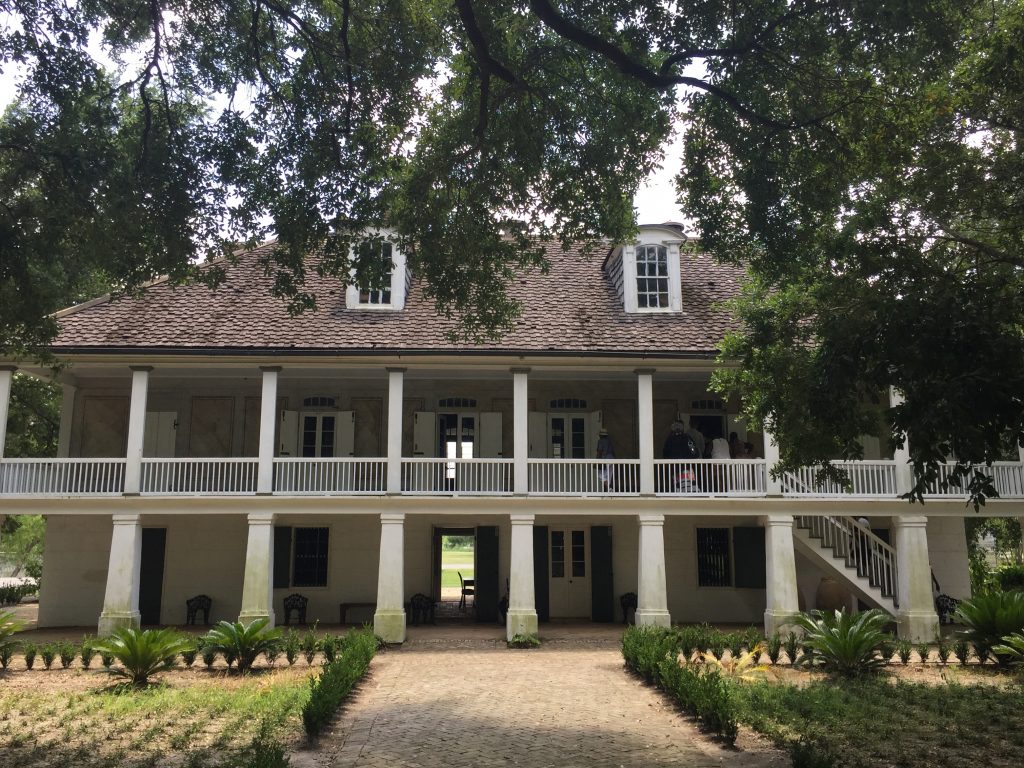 While other plantation museums often glorify the lives and lifestyles of wealthy white slaveowners, the Whitney Plantation’s interpretation centers on the 350 people enslaved there over 100 years’ time. Source: Wikimedia Commons 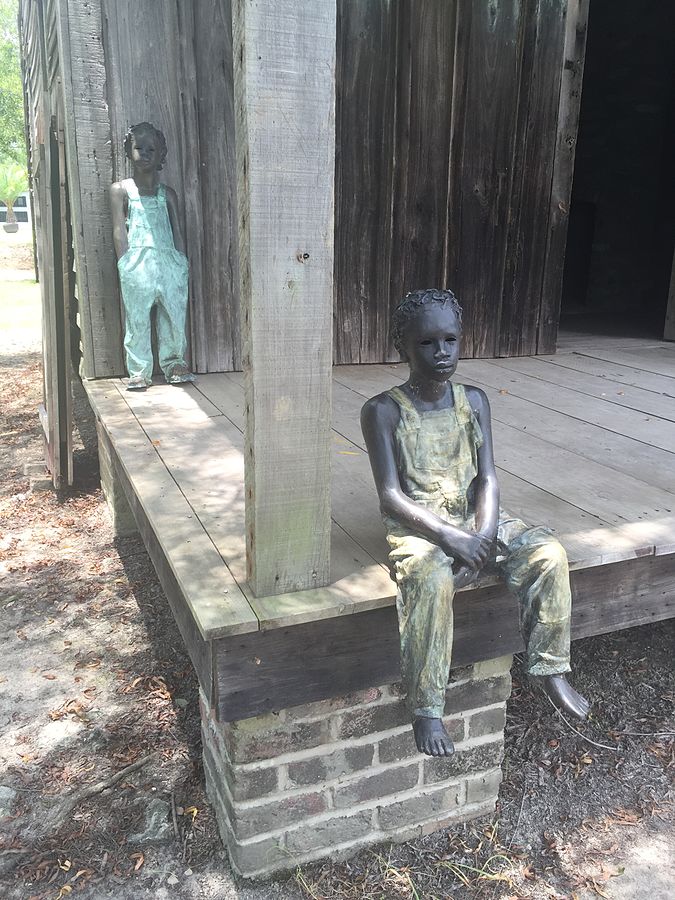 Artist Woodrow Nash created a series of sculptures for the site known as The Children of the Whitney. They are depictions of formerly enslaved men and women who shared their stories with the Federal Writers’ Project in the 1930s. The statues show them as children, as they were when slavery was abolished. Credit: Wikimedia Commons

Originally founded in 1984 in Milwaukee, Wisconsin, ABHM had to close its building during the Great Recession of 2008. Since then, a community group dedicated to keeping the museum’s vision and mission alive has created virtual exhibits and hosted local events to raise awareness about the harmful legacies of slavery and promote healing and reconciliation. Later this year, the museum plans to open its new building and exhibits to the public. Until then, you can visit online exhibits on topics such as “Three Centuries of Enslavement,” “One Hundred Years of Jim Crow,” “I Am Somebody! The Struggle for Justice,” and “Now—Free at Last?” 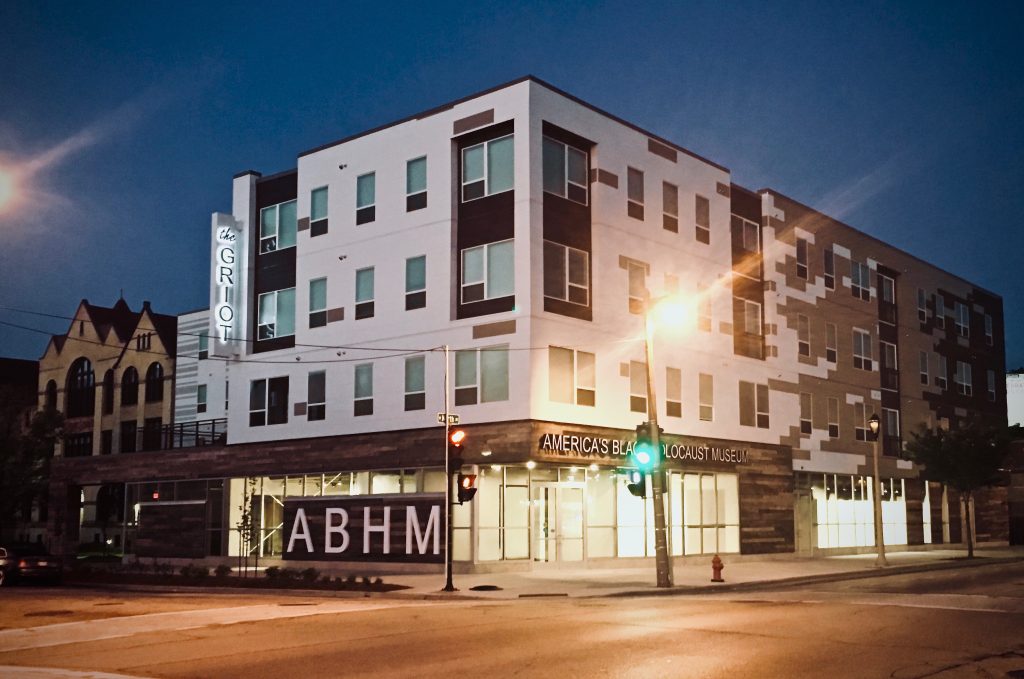 The new America’s Black Holocaust Museum building is located in Milwaukee’s Bronzeville, a historic African American neighborhood that flourished in the early twentieth century in the face of racial segregation and policies designed to oppress. Credit: Wikimedia Commons

This Atlanta, Georgia museum creates a space for visitors to interrogate the past, present, and future of civil and human rights in the United States and around the world. It aims to empower and inspire people to join the conversation and support the ongoing fight for equal dignity, defined as justice for all, health security, economic stability, voting rights, and quality education. NCCHR is currently hosting a series of virtual events such as webinars and panels to educate communities, foster dialogue, and impel action.

The large mural in the museum’s lobby “connects the various movements and highlights them as part of an evolving struggle to protect the human rights of all,” according to design firm Pentagram. Credit: “Mural at the Civil Rights Museum” by young shanahan, used under CC BY 2.0

The National Memorial for Peace and Justice

This powerful memorial, located in Montgomery, Alabama, is “the nation’s first memorial dedicated to the legacy of enslaved black people, people terrorized by lynching, African Americans humiliated by racial segregation and Jim Crow, and people of color burdened with contemporary presumptions of guilt and police violence.” Rooted in extensive research into the individuals who suffered from a decades-long campaign of violence, the memorial features 800 six-foot monuments to represent thousands of victims in each of the U.S. counties where racial terror lynching occurred. You can download the report that informed the memorial—Lynching in America: Confronting the Legacy of Racial Terror—and an accompanying high school lesson plan here. 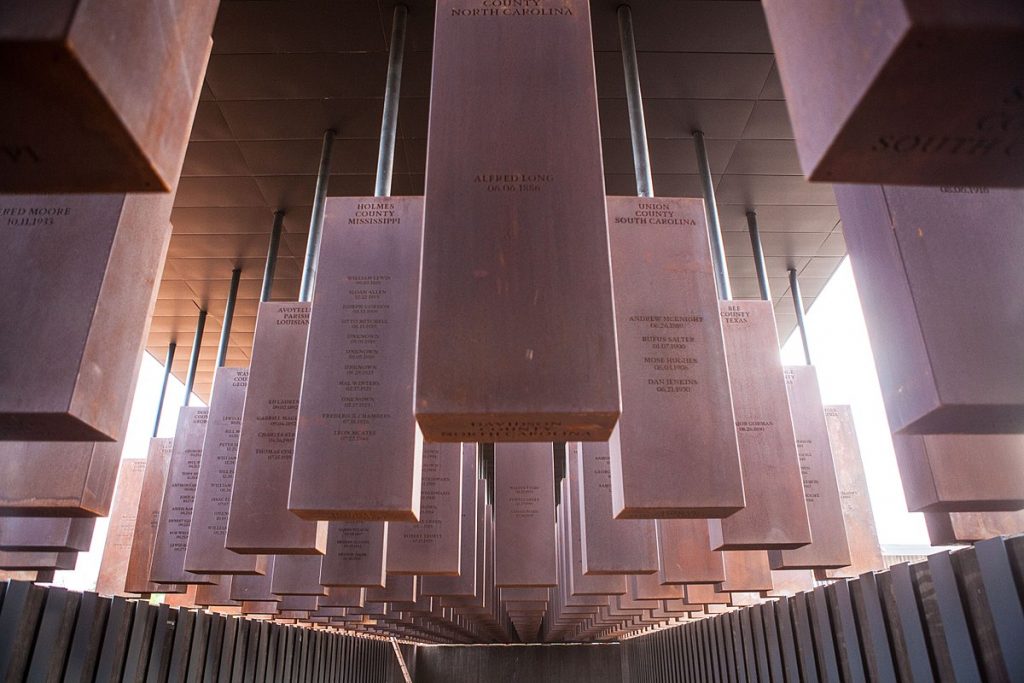 Steel monuments suspended from the ceiling list the names of victims in each county where lynching is known to have occurred. Credit: Wikimedia Commons 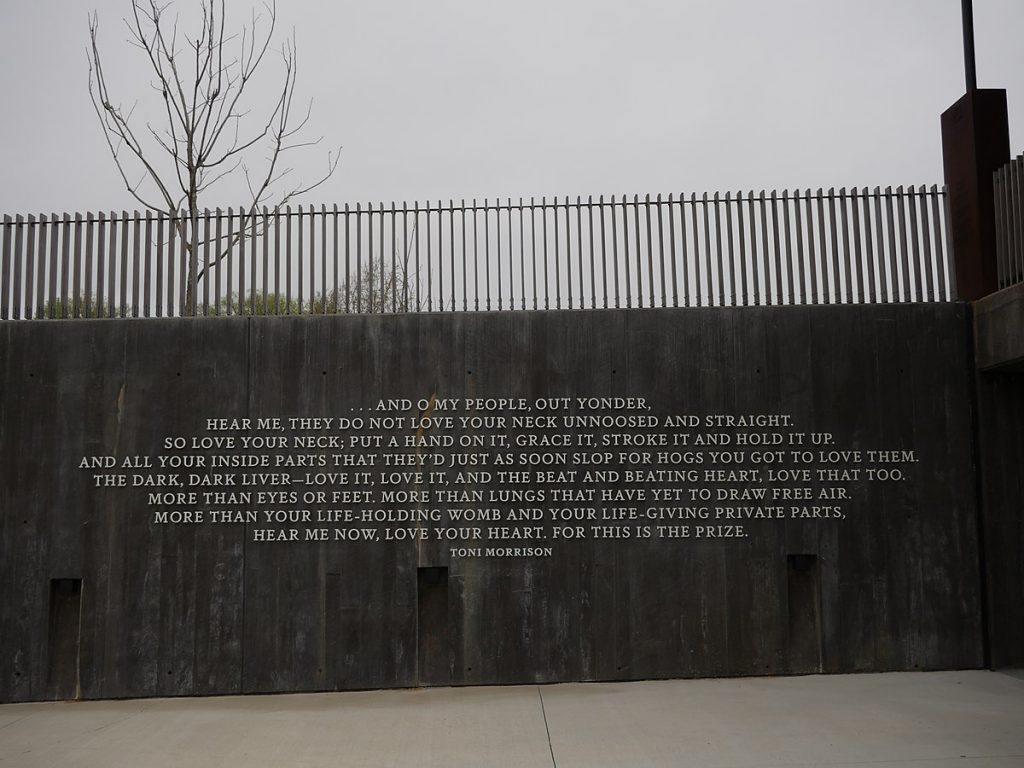 The National Park Service maintains several historic buildings dedicated to important civil rights events and the people who dedicated and sometimes lost their lives to that pursuit. This includes the homes of figures like Frederick Douglass and Ida B. Wells-Barnett.  The Lorraine Motel, where Dr. Martin Luther King Jr. was assassinated, and Little Rock High School, where nine African American high school students led the fight for school desegregation, are also national historic sites. Related resources like historic photos, educational videos, and oral histories are available on the NPS website for each site.

The fact that the birthplaces and homes of preeminent African American thinkers and activists like W.E.B. DuBois (left) and Malcolm X (right) were demolished before they could be preserved attests to an undervaluing of their stories in the American narrative. Credit: National Park Service