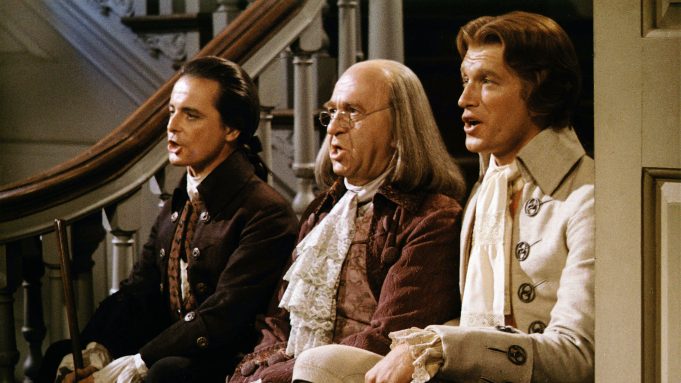 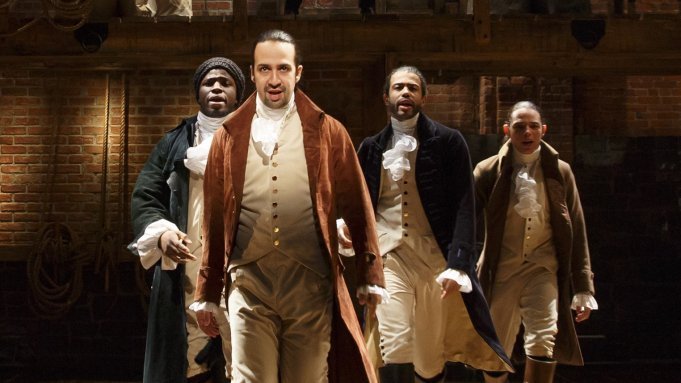 In 2015, Lin Manuel Miranda’s musical, Hamilton took Broadway—and the world—by storm. What started off as a hip-hop/R&B musical about Alexander Hamilton’s life has turned into a smash hit that has played to sold-out audiences for years. It has become such a phenomenon that it has already been parodied multiple times and is making its way into the classroom. Teachers use it to educate students about the American Revolution and Founding Fathers. Special funding allowed thousands of students to see Hamilton live. It made such an impact that Disney bought the distribution rights for $75 million.

In 2016, Playbill published an article describing “The Hamilton Effect” and the many ways the musical impacted society: from sparking interest in Alexander Hamilton to a surge of babies named after characters in the musical. I believe that the “Hamilton effect” has also impacted trends in Broadway as well, as other historical musicals are written or revived. Since the release of Hamilton, more history-based musicals have popped up, including SIX and the upcoming Treason: The Musical. Hamilton has been a trendsetter, to be sure, but it is by no means the first of its kind.

Before Hamilton debuted, Broadway had seen the likes of Thomas Jefferson, John Adams, and other Founding Fathers in the 1969 musical 1776, which tells the story of the signing of the Declaration of Independence and the events preceding it. Hamilton paid homage to 1776 in the song, “The Adam’s Administration” with the lyric “Sit down John”—the name of a song in 1776. 1776 is one of the first historical musicals to grace Broadway and at the time of its release received great praise for its originality and the fact that it did not portray the Founding Fathers as mythical, infallible beings as they so often are. Much like Hamilton, 1776 gives a very real look into the events of the American Revolution, but like most other musicals incorporates a fictional flair for storytelling purposes. In 1776, the inaccuracies revolve mainly around the issues of slavery and abolitionism. The musical portrays some of the Founding Fathers as abolitionists—in reality, most were not (several were enslavers), and those who did adopt antislavery views did so later in life. The musical was set to have a now-postponed Broadway revival in 2021—which the show likely owes to the wild popularity of Hamilton and corresponding interest in historical musicals. 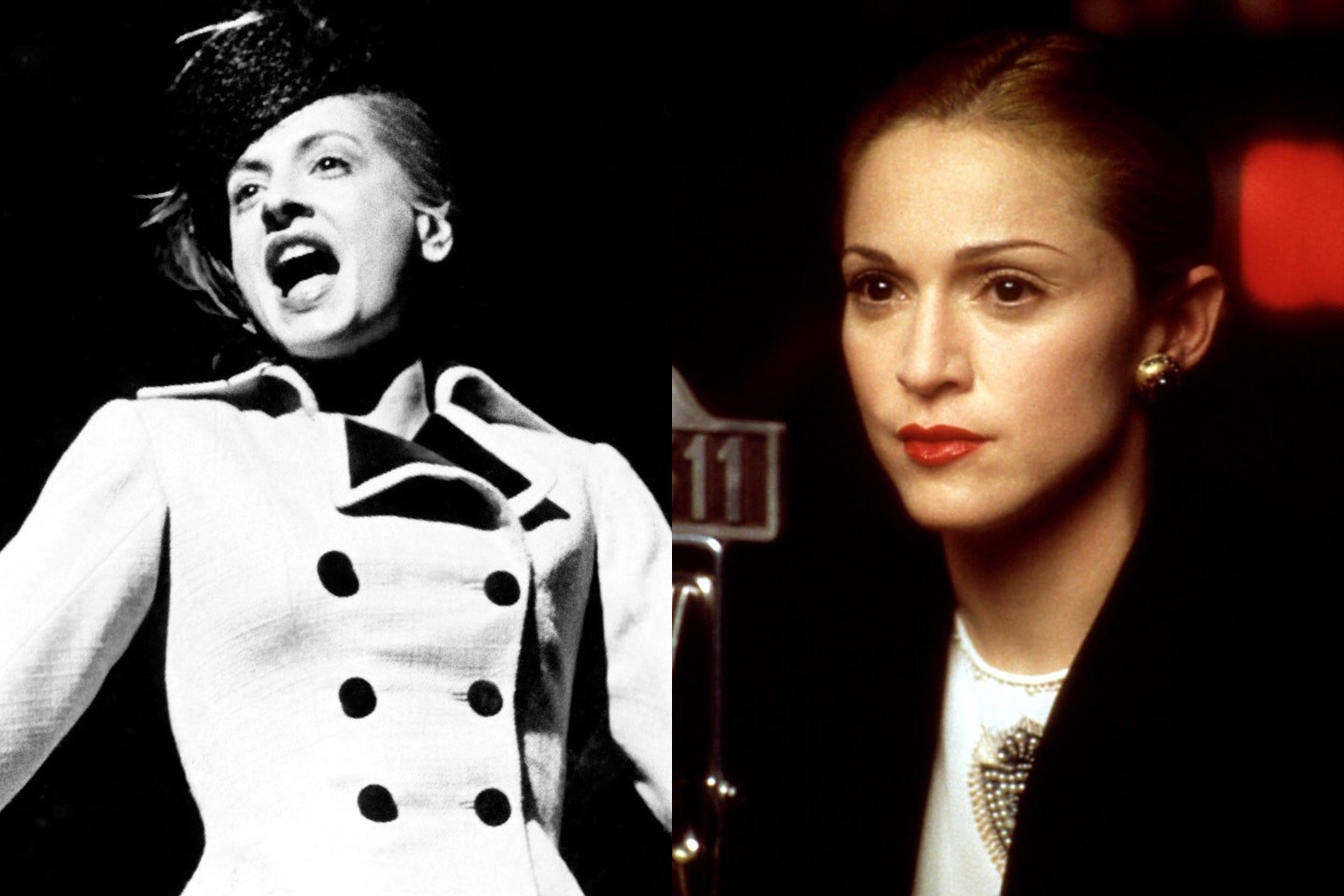 Another historical musical that received widespread acclaim is Evita. Since its premiere in 1978, the musical has had numerous Broadway, West End, and touring runs, with notable castmembers including the likes of Patti LuPone, Mandy Patinkin, and Ricky Martin. Evita was so successful that it was adapted into a movie starring Madonna and Antonio Banderas in 1996. Written by musical legends Andrew Lloyd Weber and Tim Rice, Evita follows the life of Eva (Evita) Duarte, an Argentinian woman who worked her way up from poverty to eventual fame and marriage to President Juan Perón. Eva Perón was no doubt an important part of Argentine history, but her legacy outside of Argentina seems to be based more on the musical than the actual woman. The musical portrays Perón as power-hungry and money-driven and emphasizes her use of sex to gain favors. It is believed that Rice based the musical’s portrayal of Perón on Mary Main’s biography of the Argentinian first lady, but other biographies released after the musical question Main’s accuracy. Soon after the release of the movie Evita, an Argentine-produced film documenting Perón’s life hit theaters as a rebuttal to the portrayal.

In Argentina, Eva Perón is remembered and revered to this day, appearing on peso notes from 2012 to 2018. Still, many people—especially outside of Argentina—are only exposed to the Evita portrayal and do not get the full picture of her life and legacy, both good and bad. The musical glosses over her candidacy for vice president and does not mention that Juan Perón’s third wife would succeed at becoming vice president, which would eventually lead to her becoming Argentina’s first female president in 1974. Despite its inaccuracies, Evita has remained widely popular and frequently produced, most recently in 2019. 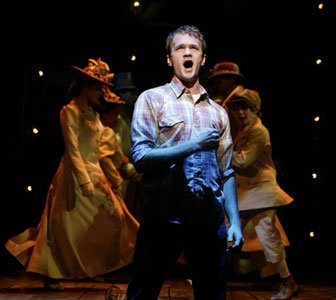 Another historical musical that predates Hamilton is Assassins. The 1990 musical brings together all successful and would-be assassins of US Presidents—from John Wilkes Booth to Lee Harvey Oswald. Assassins twists history and fiction by bringing a century of plotters into the same story, but otherwise receives good marks for historical accuracy. Many of the songs explain why the perpetrators committed their crimes, such as the morbidly beautiful duet between John Hinckley (attempted assassin of Ronald Reagan) and Lynette “Squeaky” Fromme (who unsuccessfully targeted Gerald Ford). Love and obsession—Hinckley’s with Jodie Foster and Fromme’s with Charles Manson—motivated both would-be killers. The talented Stephen Sondheim, known for Into the Woods and Sweeney Todd, wrote the music and lyrics for Assassins, adding to his repertoire of macabre musicals. Sondheim is known for tackling darker subjects, but Assassins walks and perhaps crosses the line between raising important questions and glorifying the actions of traitors. Assassins was meant to have an off-Broadway revival in 2020.

In the years after Hamilton, other writers and producers have followed in Lin Manuel Miranda’s successful footsteps, tapping into the newfound hunger for history on Broadway. The 2017 British musical SIX takes on the six wives of Henry VIII with a twist. It imagines the six women as singers in a pop group, all vying for the position of lead singer. Each wife of Henry VIII sings about her relationship and the hardships she faced. One of the best songs of this musical (in this writer’s opinion) is “I Don’t Need Your Love,” sung by Henry VIII’s final wife, Catherine Parr. The lyrics mention Parr’s accomplishments and her advocacy for female education, something that is not widely known by the general public. The musical emphasizes that Parr is not remembered as an individual, but as just another one of the six. The first song, “Ex-Wives,” opens with the catchy line, “Divorced, Beheaded, Died, Divorced, Beheaded, Survived,” which also underscores that Parr and her five counterparts tend to be only remembered for their association with the King. SIX ends with an alternate reality, exploring what the women’s lives could have been like had they said no to Henry VIII. SIX debuted at the Edinburgh Fringe Festival in 2017 and quickly became a smash hit on London’s West End. It was meant to open internationally and have numerous touring shows between 2019 and 2021. 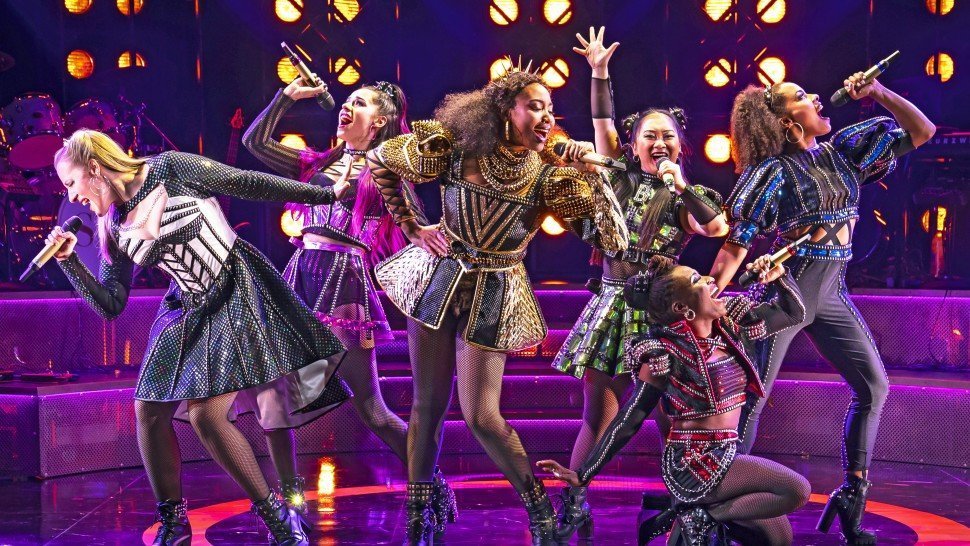 The cast of SIX. Source: Playbill

Treason: The Musical is another musical involving the British Crown. This one jumps a generation from Six, featuring the events surrounding the death of Henry VIII and Anne Boleyn’s daughter, Elizabeth I, and the ascension of James I as her heir; and the Gunpowder Plot of 1605. As of early March, Treason has yet to make its debut, but the show’s creators have released five songs that offer some insight into the story it tells. Based on the released songs and the musical’s website, it seems that the musical portrays the lead-up to the Gunpowder Plot, beginning with the death of Elizabeth I. It also appears that the musical will not include Guy Fawkes as a character, instead featuring other influential figures from the Gunpowder Plot, such as Robert Catesby and Thomas Percy. The song “The Promise,” depicts an interaction between King James I and Thomas Percy, in which Percy asks the King to allow Catholics to practice in England. The song has undertones that question the King’s sexuality, something that is debated among historians. The release date for Treason has yet to be announced, but a concert reveal of five more songs will take place later this weekend. Much is yet to be seen, but Treason may soon enter the ranks of other beloved, acclaimed historical musicals.

No one could have predicted the significance and depth of Hamilton’s impact, but it is clear that historical musicals are not throwing away their shot and will continue to premiere on Broadway and the West End for years to come. While never completely accurate, these musicals are a wonderful and fun way to introduce people to history. Their catchy tunes may get stuck in your head for days, months, or even years! For some, this may be annoying, but it has the added benefit of helping you remember historical figures and events, so you won’t be surprised when your history book mentions Alexander Hamilton.