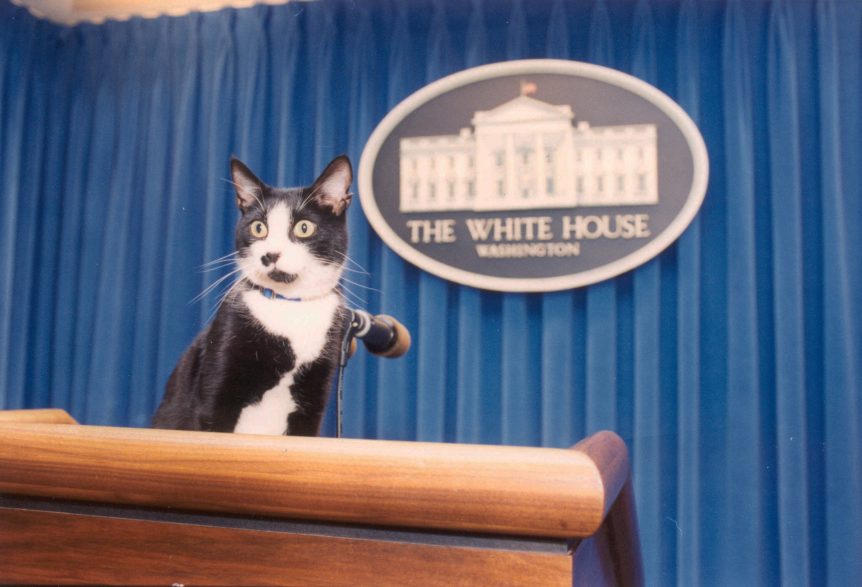 Happy National Pet Day! Has your furry, feathered, or scaly friend enjoyed having its humans at home more than ever? While this may be a new arrangement at your home, throughout history, pets have roamed the grounds of one very important workspace—the White House.

Horses were not only an essential mode of transportation for our earliest presidents and their families, but also beloved companions. Presidents Zachary Taylor and Ulysses S. Grant brought the horses the rode in the Mexican and Civil Wars respectively with them to the White House. President Grant even received a speeding ticket for racing horses in the streets of the nation’s capital! President Theodore Roosevelt and his family—famous for the menagerie of animals that shared the White House with them—participated in horseback rides together. The last horses to call the White House home were ponies named Macaroni and Leprechaun, who belonged to Caroline Kennedy. 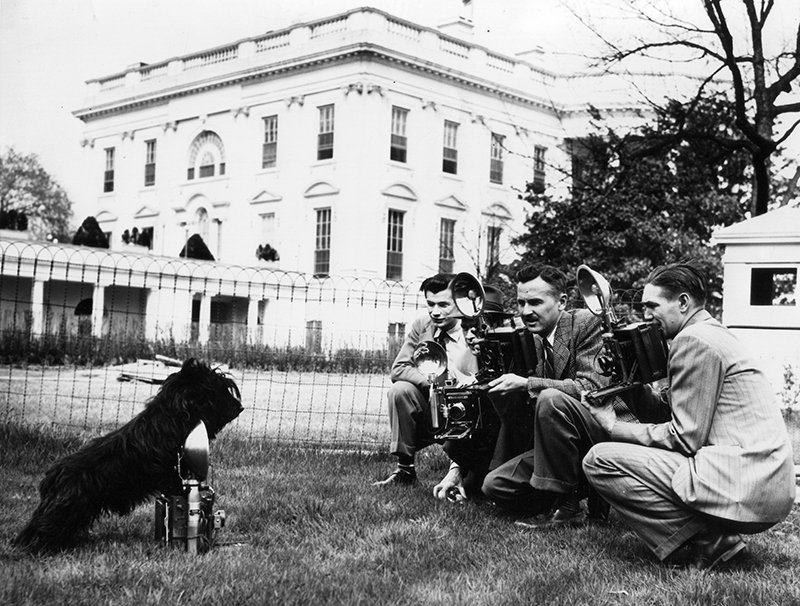 Fala poses for photographers at the White House. (FDR Library)

Perhaps the most famous presidential pet was Fala, the Scottish terrier owned by President Franklin D. Roosevelt. Named after Murray the Outlaw of Falahill, one of FDR’s Scottish ancestors, Fala accompanied the president on trips to his home in Hyde Park, New York and Warm Springs, Georgia, where the President received treatment for polio.  At the White House, he received a bone with FDR’s breakfast tray and slept at the foot of the president’s bed. The popular pup became a public figure, even starring in a movie about his life at the White House. To inspire others on the home front to do their part during World War II, Fala was made an honorary private in the U.S. Army after donating $1 a day to help the war effort.

Although dogs and horses are historically the most popular four-legged friends to first families, plenty of felines have called the White House home, beginning with the Lincoln family’s cats Tabby and Dixie. In 1924, President Calvin Coolidge’s beloved cat Tiger escaped the White House grounds. The president enlisted the help of the Secret Service to find the missing cat, and even made a radio appeal to the public for help finding Tiger. Fortunately for Coolidge, Navy Captain Edward Bryant heard the appeal and spotted Tiger exploring the Navy Building. Returned safely to the White House, Tiger was eventually presented with a new collar that read “My Name is Tiger. I live at 1600 Pennsylvania Avenue.” Years later, Amy Carter’s fancifully named Siamese cat Misty Malarky Ying Yang inspired a song in his honor, and attempted to join the Carters’ first state dinner, but quickly fled back upstairs when startled by the press.

The Clinton family’s black and white cat Socks was a popular figure among young Americans during his stay at the White House. A cartoon version of the cat guided kids around the White House website, and he starred in multiple picture books. Nintendo created a game titled Socks the Cat Rocks the Hill in 1993, but unfortunately canceled it. However, a select few review copies were made available to gaming publications and used to produce ROM versions of the game in 2017.

Socks addresses the media from the podium of the Press Room. (National Archives) 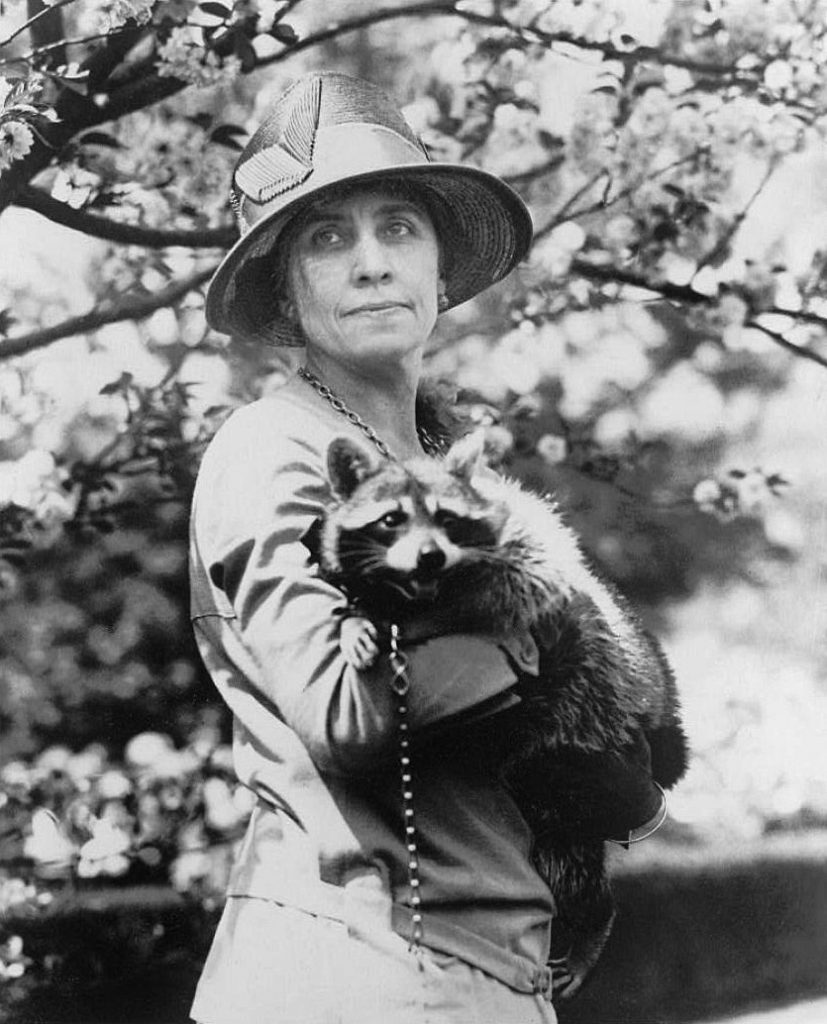 Fans of Netflix’s Tiger King will be interested to know that, while big cats haven’t made the list of presidential pets, some 19th and early 20th century presidents did own exotic animals. The Theodore Roosevelt menagerie included a small bear, a lizard, a pig, a blue macaw, and a hyena named Bill. A gift from Emperor Menelik II of Ethiopia, Bill only lived at the White House for a short time before he was donated to the National Zoo. President Calvin Coolidge and his family owned a raccoon named Rebecca.

Rebecca was originally sent to the White House to be served as part of Thanksgiving dinner, but was instead adopted as a beloved pet. The Coolidges spoiled her with treats, made her a treehouse on the White House grounds, and took her on walks with the help of a leash. She too took up residence at the National Zoo at the end of Coolidge’s term.