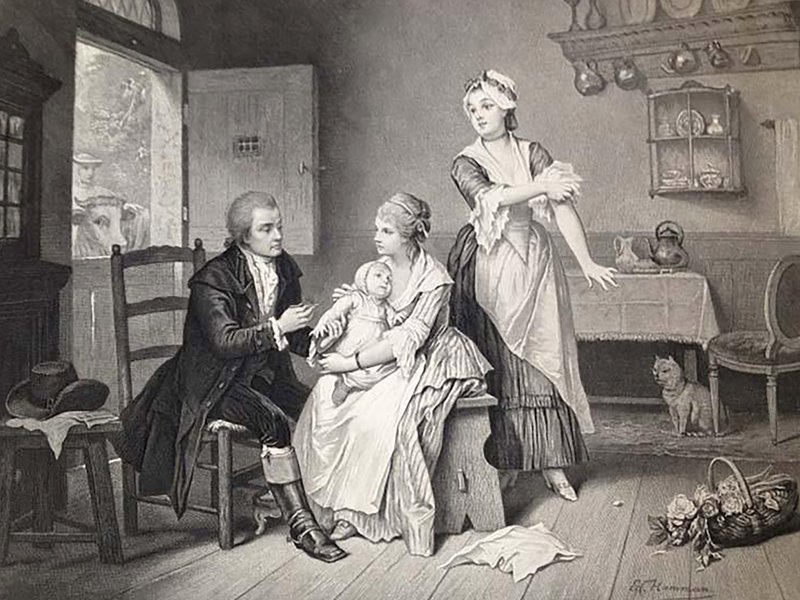 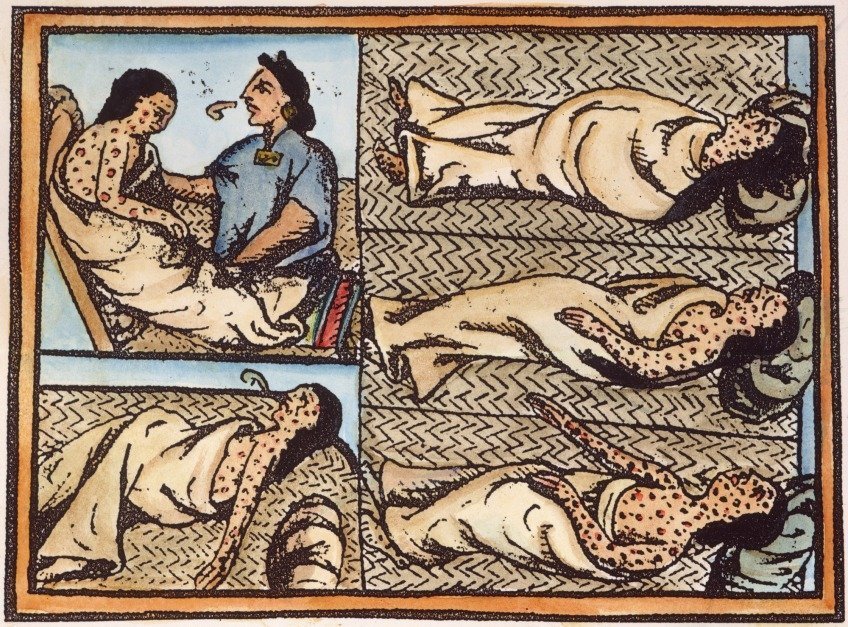 Smallpox, carried by Spanish invaders, devastated the Aztecs, who inhabited modern-day Mexico. With no previous exposure to the virus, the Aztecs had no natural immunity to it. Source: Bernardino de Sahagún, The Florentine Codex, via the National Library of Medicine

Viruses have been the scourge of humanity since before the dawn of recorded history. From the earliest communities along the Tigris and Euphrates to the American Revolution, the fates of men, rulers, and even civilizations could rise or fall with the cyclical emergences of viral epidemics. This continued until the dawn of the 19th century, when a doctor, a maid, and a cow named Blossom converged in Gloucestershire, Great Britain.

Few even among viruses have been more socially or personally devastating in human history than smallpox. The virus claimed a mortality rate of up to 30%, and for those who recovered, suffering did not end when the pustules dried. Survivors would be left scarred and, in some cases, blind. Smallpox scars could be permanently disfiguring, causing no little amount of personal anguish—Irish poet Thomas Moore is said to have composed “Believe Me, if All Those Endearing Young Charms” to woo his wife Elizabeth out of her chambers again after she saw her smallpox scars.

The exact date of smallpox’s arrival on the world stage is uncertain, but evidence found on Egyptian mummies suggests the virus plagued humanity for at least three thousand years. Sometimes an outbreak would be limited, sometimes the disease would unleash itself upon a nation or continent to shattering effect: the Antonine Plague, which nearly brought the Roman Empire to its knees in the latter half of the 2nd century CE was very likely a smallpox epidemic.

The practice of variolation began in Asia and spread to the Middle East and Africa before reaching Europe. Enslaved Africans introduced it to white Americans. Source: The Historical Medical Library of The College of Physicians of Philadelphia

Prior to the 19th century, the best means of combatting smallpox was variolation, a practice developed in Asia of deliberately exposing a healthy person to old smallpox “scales” (the dried, sloughed-off pustules of someone who survived the disease). Lady Mary Wortley Montagu first brought the practice back to Great Britain in the early 18th century, where its effectiveness was confirmed by experimentation; unfortunately, the subjects were largely prisoners and orphans, as medical ethics were still in their infancy in Enlightenment Europe.

Following the adoption of variolation, deaths from smallpox fell dramatically to as low as 1-2% of inoculated patients. Still, the use of actual smallpox material had its risks—King George III lost a son to the practice—and there was always a risk that inoculation could cause an epidemic in the surrounding, un-inoculated community.

A better way was finally discovered by Edward Jenner, a country-raised physician. Jenner knew the “country-lore” that dairymaids who contracted cowpox never fell ill with smallpox, and his own observations seemed to confirm the old wives’ tale. Cowpox is a viral disease that we now know to be a close genetic cousin to smallpox, but is, as the name suggests, primarily found among the bovine species. In humans, it is mostly harmless and has never been known to transfer from human to human, though it does cause lesions to develop on the exposed skin, very often the hands.

An illustration of Edward Jenner administering an inoculation. Source: The New York Academy of Medicine Library

In 1796, a dairymaid named Sarah Nelmes came to Jenner with a cowpox infection after tending the aforementioned Blossom. After treating Nelmes and taking some samples from her pocks, Jenner scratched the arm of eight-year-old James Phipps, his gardener’s son, and smeared the cowpox material into the scratches. The boy duly fell sick with cowpox but recovered within a week. Jenner then inoculated Phipps against smallpox in the traditional manner, but the child showed no symptoms of smallpox even after repeated exposures to the disease, no doubt to his and his family’s great relief.

After subsequent experiments to confirm his findings, Jenner published a book in 1798 with the (wonderfully 18th-century) title of An Inquiry into the Causes and Effects of the Variolae Vaccinae; a Disease Discovered in some of the Western Counties of England, Particularly Gloucestershire, and Known by the Name of The Cow Pox, advertising his new method of inoculation against smallpox. The practice did not catch on without a hitch; cowpox samples were not always easily obtained and could be contaminated, leading to health risks for patients and questions about the effectiveness of the new method. More famously, some objected to receiving material from cows, one of “God’s lowlier creatures”, perhaps fearing it might make them more cow-like afterward. When vaccination was made mandatory by the British government in 1853, there was active and vocal dissent. But, as the actions of the British government suggest, Jenner’s new method won the day, to the great benefit of mankind. Through vaccination, not only has smallpox been eradicated from the world, but other virus scourges such as polio, rubella, whooping cough, and diphtheria have been pushed back, increasing general life expectancy and slashing infant and childhood mortality rates.

Still, the practice’s humble and inelegant origin in cowpox has not been forgotten. The Latin term for cow, “Vacca,” is the origin of our word “vaccine.” So Edward Jenner’s insight and industry, not to mention Sarah Nelmes’ discomfort and James Phipps’ bravery and even poor Blossom’s sickness, are imbued into every childhood inoculation and booster shot we and our loved ones receive.

(Re)building Museums: Reflections on the Mid-Atlantic Association of Museums 2021 Symposium
The Epidemic That Never Was: A Triumph of Public Health in Postwar New York
Planning Successful Virtual Interpretive Workshops and Visioning Sessions
Bringing History On Demand Services to Digital Consumers