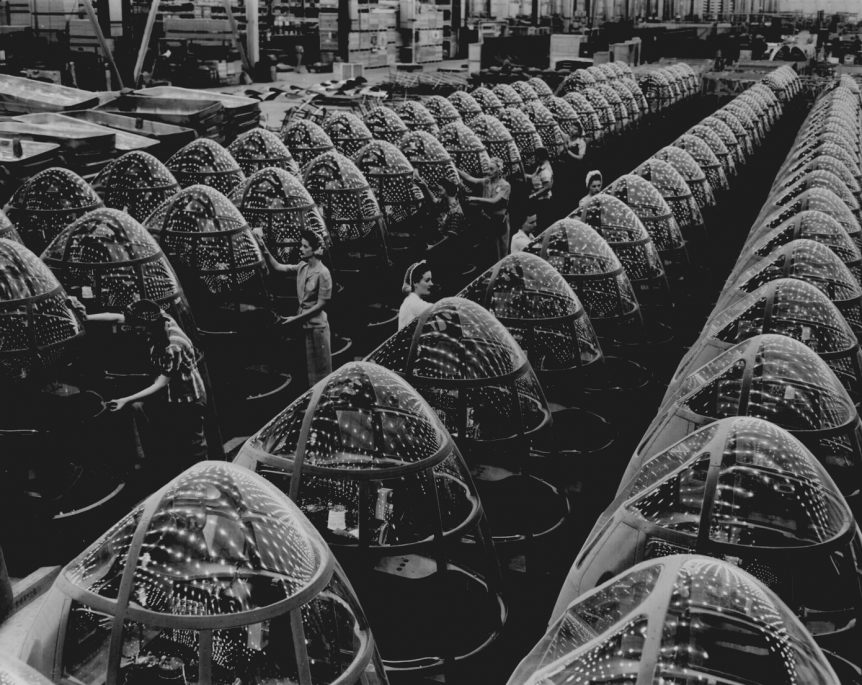 To fully understand the current relevance and application of the Defense Production Act (DPA) to the Coronavirus Disease 2019 (COVID-19) public health emergency, it helps to remember the two extraordinary wartime crises faced by Americans in the space of 10 short years before its enactment. When President Harry Truman signed the Defense Production Act in the summer of 1950, he did so against the backdrop of an enormous war emergency—World War II (WWII)—which the federal government had fully met, as well as a new global threat—the struggle against Communism and the invasion of South Korea by North Korea, a state influenced by Chinese Communists under Mao Zedong and the Soviet Union under Joseph Stalin. The government-industry partnership fostered by President Franklin D. Roosevelt (FDR) in WWII to mobilize industry, and the command and control tools he devised (with some trial and error) to meet the production challenge, were endorsed by then-Senator Truman and gave him, as president, the legal and practical underpinning for the DPA.

The key authorizations that Truman drew on included the Second War Powers Act of March 1942, which allowed the U.S. government to compel a business to accept war emergency production contracts for crucially needed materials. The Act also granted the War Production Board (WPB)—established by Executive Order 9024 and featuring some 120 field offices—nearly unrestricted power to control and allocate strategically necessary resources such as petroleum, chemicals, aluminum, rubber, and steel. Under WPB regulations, government and industry negotiated contracts free of competitive bidding, but there was an iron fist inside that velvet glove: under the May 27, 1941, Presidential Proclamation of the WWII “unlimited national emergency,” the U.S. government could seize plants where unresolved bottlenecks or manufacturing delays endangered critical wartime production goals. At least 64 companies had their plants seized by the U.S. government between 1941 and 1945. 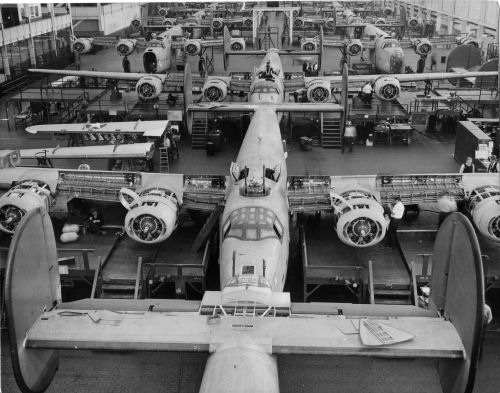 At the height of production during World War II, a new B-24 Liberator rolled off the line every 63 minutes. It remains the most produced airplane in U.S. history. Source: National Archives

At the same time, however, WWII demonstrated that the U.S. economy could meet unprecedented production goals. In 1940, U.S. domestic gun powder production was insignificant, and the country had no synthetic rubber industry to speak of. By 1943, America was a leading producer of gun powder and had stood up factories for a new synthetic rubber industry that were producing 270,000 tons of rubber. FDR’s famous, and seemingly unrealistic challenge to industry—that it produce 50,000 warplanes per year at a time when the aircraft industry was custom-building perhaps 1,000 warplanes annually—would be exceeded with the production of an astonishing 324,750 planes by V-J Day. Industry leaders who worked within the new government command structure—such as Glenn L. Martin in plane production, Henry J. Kaiser in Liberty Ships, and Andrew Higgins in D-Day landing craft—became household names and models for what could be achieved when private enterprise responded with speed and creativity to crucial wartime emergency demands. In the early years of mobilization, former automotive executives, such as Bill Knudsen, volunteered to help marshal the resources of GM and Ford with their formidable understandings of the science of mass production and ability to re-tool production lines to make nearly anything—skills that are still vital to production today.

Truman, who as Senator had ridden tough herd on WWII defense contractors, brought the telling experience of both sides of the previous war’s government-industry experience forward when he, and the nation, confronted the Korean War and its sudden requirement for the increased production of military supplies. On July 19, 1950, Truman explained to Americans the rationale for the DPA and the resumption of government command and control:

We need laws which will insure prompt and adequate supplies for military and essential civilian use. I have therefore recommended that the Congress give the Government power to guide the flow of materials into essential uses, to restrict their use for nonessential purposes, and to prevent the accumulation of unnecessary inventories.

Truman understood that, although the public strongly supported a mobilization effort including priority contracts and even price controls, any defense production law had to avoid granting too much government control, even while leaving open the prospect that those firms that were willfully uncooperative could, under extraordinary circumstances, be compelled to produce critical items. Newsweek aptly described the legislative aim as “something about halfway between full war mobilization and peacetime business as usual.” On September 19, 1950, Truman outlined how the DPA, which he had signed the day before, would work:

I have directed the agencies to exercise these production powers vigorously and promptly, making use of every resource of American business, large and small. These powers will be administered with one paramount purpose in mind: to produce the defense equipment we need as rapidly as possible.

The U.S. production of critical items during the Korean War partial remobilization was largely a success story—although conflicts among emergency agencies, and Truman’s seizure of the steel mills, certainly brought controversy. While some DPA provisions lapsed in 1953 as armistice negotiations brought an end to the Korean War conflict, its system of rated strategic priority orders quickly became the essential, flexible structure for defense production for the duration of the Cold War as well as later “hot” wars from Vietnam to the present-day response to natural disasters. Congress has reauthorized the DPA 53 times through 2019.

Click here to read Part 2 of the Defense Production Act blog, which explores the authorities of the U.S. government under the DPA and the applicability of the DPA to today’s public health emergency.

Paul McQuade is a shareholder of international law firm Greenberg Traurig, LLP. Early in his career, he performed substantial research on U.S. Government involvement in WWII plant operations in connection with seeking contribution toward environmental cleanup costs at refineries, aviation engine, coal tar, lumber treating, and synthetic rubber plants. Any views expressed herein are those of the author, not the firm. The research assistance of Daniel Straus, an associate of the firm, is gratefully acknowledged.

Mike Reis is senior vice president at History Associates, Inc., in Rockville, Maryland, having previously served as the director of litigation research. Mike has provided deposition or trial testimony in environmental, toxic tort, building law, and historic preservation cases, as well as numerous expert reports and affidavits. He has directed numerous historical investigations focused on the federal government’s role in wartime mobilization and contracting, from the world wars through the recent, ongoing Middle Eastern conflicts.

Emily Sullivan is a former historian at History Associates, Inc., in Rockville, Maryland, where she undertook research and writing projects focused on the U.S. military experience in World War II. She previously interned with the education department at the National Museum of the U.S. Navy.

Confrontation with the Past: The Legacy of American Indian Boarding Schools in the United States
Chronicling Health and History: HAI’s Decades-Long Collaboration with the NIH
The Capitol Has Fallen! When the British Burned the Capitol Building
Contested Transition: Lincoln’s Victory and the Coming of the Civil War