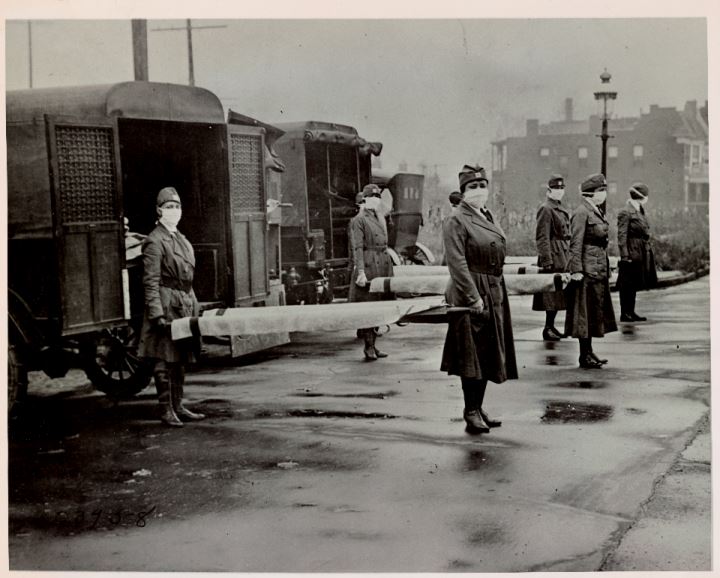 In a matter of a few short weeks, individuals worldwide have come to face the gravity of a pandemic of a respiratory disease caused by the person-to-person spread of a novel (new) coronavirus. The disease, COVID-19, has led Americans to search for medical and health information as well as lessons from the past. And as our medical professionals fight on the frontlines, professional historians too should enter the fray.

After all, the charge of the historian is to contextualize the past and push back on clumsy analogies that obscure the complexities of the moment. And a close look at the recent past reveals a litany of moments in which people dealt with the reality or specter of an epidemic. Indeed, when scrutinized with care, the challenges and outcomes of past public health crises are quite instructive. But where do we begin? Or more specifically, what historical case studies are of most immediate use as this global public health emergency unfolds?

There are currently several historical analogies circulating alongside the coronavirus crisis. Chief among them is the influenza pandemic that swept the globe in the final year of World War I, just over a century ago. As the death rate from COVID-19 climbs in real-time, projections of fatality rates are frequently juxtaposed with what data we have from the 1918-19 pandemic—an event which many consider to be one of the deadliest viral outbreaks in history. But herein also lies the limitations of historical analogy: it is essential to understand both the similarities and differences of the events you are comparing.

The 1918 influenza pandemic occurred in a world devoid of viral vaccines, with relatively minimal medical knowledge, infrastructure, and limited global communications (think telegram and radio). A COVID-19 vaccine is at least a year away, while a lack of medical supplies and an overwhelmed US healthcare system are imminent. These are unfortunate similarities. But it is also important to understand that a century ago, medical professionals didn’t categorize the flu as a viral infection—let alone have efficient, precise ways of diagnosing and documenting its millions of cases. They didn’t have the World Health Organization leading an international coordinated response, or scientific advancements that allow for the isolation of viruses, or a generation of antiviral testing and sophisticated medical treatments, or a 24-hour news cycle to keep us informed of the latest developments.

Clinical trials for the development of direct antiviral treatments for COVID-19 are underway. But until these become available, it is crucial to understand what worked—and what didn’t—from past infectious disease outbreaks. Millions of Americans, of course, have recently been asked to social distance. It is a rather unfamiliar and taxing routine for most of us; but it is also the most effective, actionable public health strategy for suppressing an infectious disease for which there is no cure. Although social distancing can be hard to implement on an individual or communal basis, if done right, it does work. And this is where history can help. 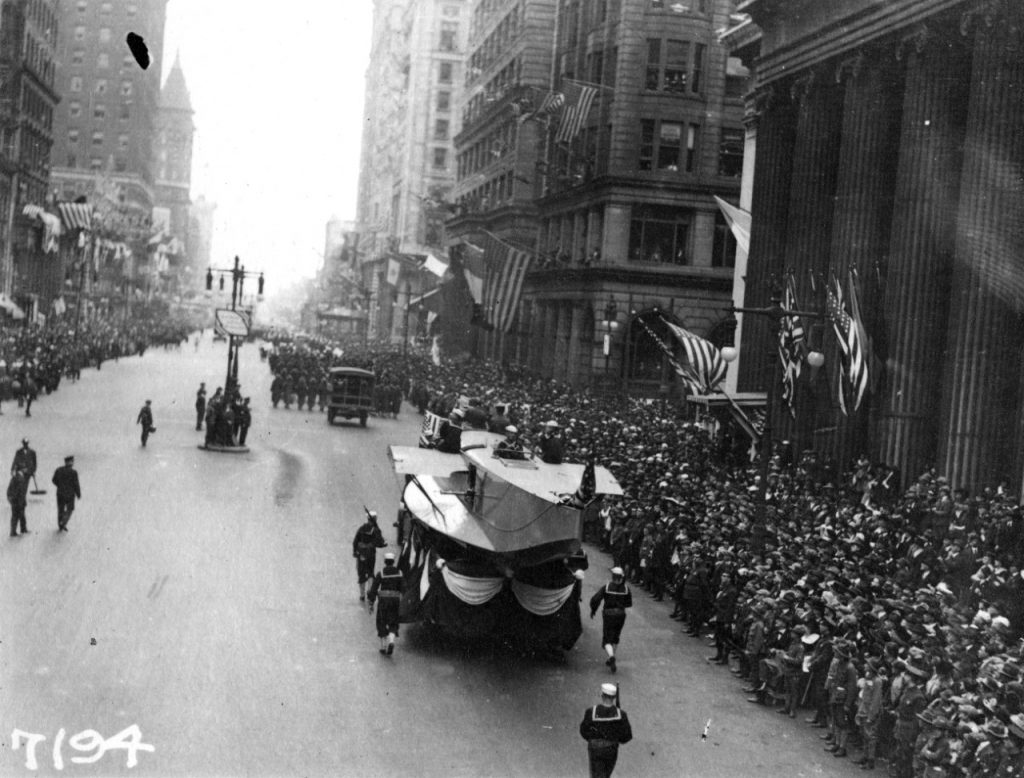 In the midst of the 1918 pandemic, crowds descended on Philadelphia’s Broad Street for a parade. The deadly flu spread swiftly through the city. Source: U.S.Naval History and Heritage Command

Circumstances surrounding two cities in 1918 bring the value of social distancing into sharp focus. Just as the flu found a foothold in the United States, Philadelphia’s health commissioner ignored warnings from medical experts and proceeded with a planned parade to support the war effort. Instead of quarantine, which the commissioner worried would incite panic and stem the tide of patriotism, Philadelphia saw a crowd of 200,000 people pack its streets. A few days later, every hospital in the city was overrun with patients infected by the flu. In a week’s time, several thousand people had died. Philadelphia did eventually institute social distancing measures, but by then it was too late. The virus had pervaded the city, and quarantining had only a fraction of the impact it might’ve had if fully implemented early on. 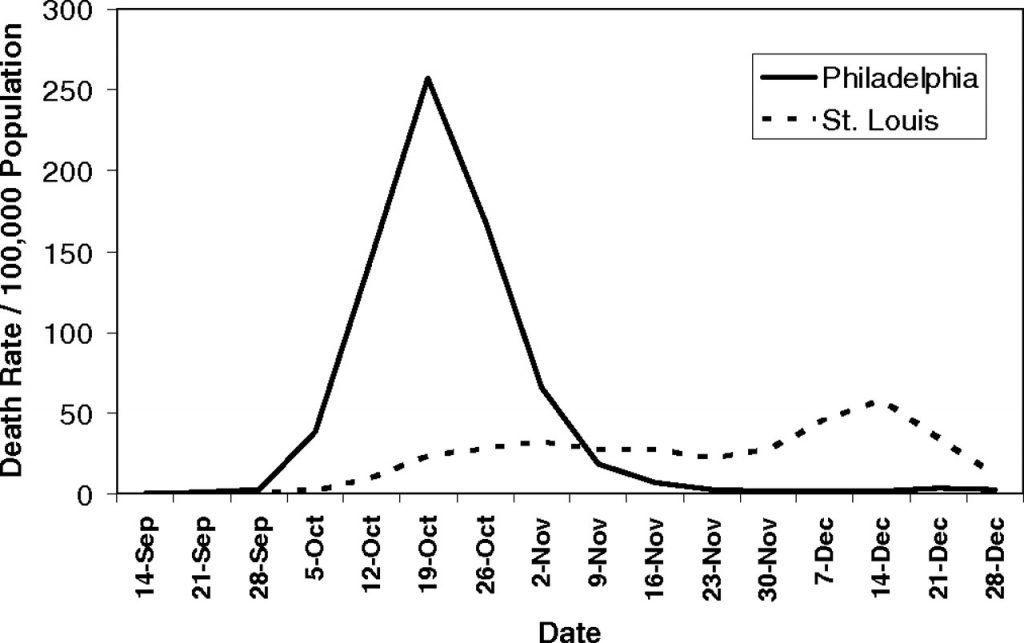 Then and now, social distancing has proven to be the most effective public health measure for flattening the curve and reducing fatality rates. Source: Proceedings of the National Academy of Sciences

The city of St. Louis, however, heeded warnings almost immediately. When the city’s first cases appeared, its health commissioner ordered the banning of public gatherings exceeding twenty people and immediately closed schools, theaters, churches, and other places where people could congregate. These orders endured for several weeks, and to profound results: the death rate in St. Louis amounted to less than half, per capita, of that in Philadelphia. In essence, St. Louis managed to “flatten the curve,” slowing the spread of disease and preventing its most calamitous effects. As shelter in place orders fall into place today, we’d do well to remember variant behaviors in 1918 and take them seriously.

The 1918 influenza pandemic provides another important, related lesson: in order to effectively impose public health measures, people must comply. And in order to mobilize people to follow guidelines, leaders must also earn their trust. This didn’t happen in 1918. In the final year of World War I, most government officials prioritized wartime morale over public welfare, avoiding transparency and refusing to raise pandemic-related alarm bells even as cities like Philadelphia experienced a rapid, massive loss of life. In fact, President Woodrow Wilson’s administration forbade any public pronouncements that might inhibit the war effort. It is telling that the pandemic ultimately killed more Americans than the war did.

The 1918 pandemic is not the only historical event that offers important lessons. In 1976, a swine flu outbreak at Fort Dix in New Jersey led health professionals at the Center for Disease Control, a predecessor of today’s Centers for Disease Control and Prevention, to believe that a novel strain akin to the 1918 flu might be circulating and that a pandemic of similar virulence was possible. The Ford administration quickly launched an unprecedented mass immunization program to vaccinate all Americans. 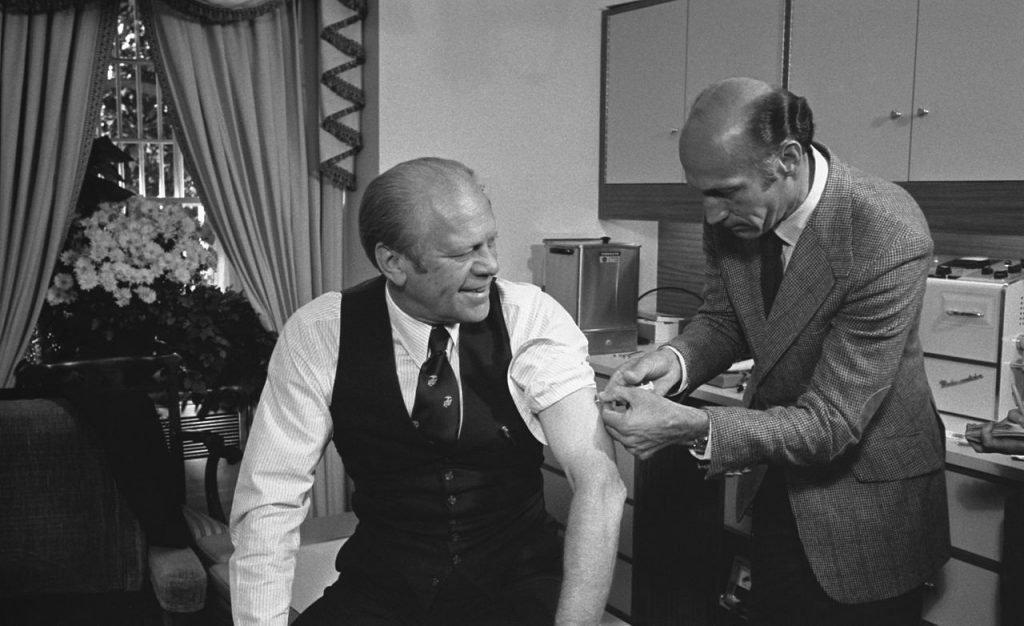 A media circus surrounded the public health campaign—and not only because 1976 was a presidential election year. The vaccine seemed to generate increased risk for Guillain-Barre syndrome (GBS), a rare neurological disorder. To be clear, vaccines are incredibly safe and provide the most effective prevention against infectious diseases—but in 1976, the optics were not good. Indeed, several hundred of the 25 million people vaccinated that year developed GBS, while the pandemic failed to materialize. President Ford, however, displayed clarity of purpose. He sought to follow the medical advice of his top experts and implement the mass immunization program knowing that it might damage his own political career and even jeopardize a chance for a second term.

We now know that the 1976 virus was not the same strain as the 1918 virus. But the adverse effects of the pandemic, had it materialized—and experts had good reason to believe it might—would have been far greater without a vaccine, and far greater than were the adverse effects correlated with the given vaccine. Infectious disease outbreaks, whether large or small, have a way of laying bare the shortcomings of established behaviors and norms. The average incubation period of this coronavirus is more than twice that of the 1918 flu, which means that social distancing guidelines may need to be maintained for longer periods of time, or repeated cyclically. Medical supplies will need to be replenished, and medical workers cared for. Leadership across local, state, and federal lines will need to communicate honestly and reassuringly. That is ultimately the lesson of history.