Major League Baseball is back to normal after the COVID-19-induced shutdowns that began in March 2020. But aside from the impact of the global pandemic, the 2020 season was particularly noteworthy because MLB celebrated the 100th anniversary of the formation of the Negro National League, the first professional baseball league for Black American athletes.

Even before 1920, all-Black teams were a fundamental part of baseball’s culture, and the teams that preceded the Negro National League were vital to its creation as well as the eventual racial integration of Major League Baseball. Few were as influential as Chicago’s Leland Giants, who straddled baseball’s color line and exemplified the entrepreneurial spirit of Chicago’s Black middle class. 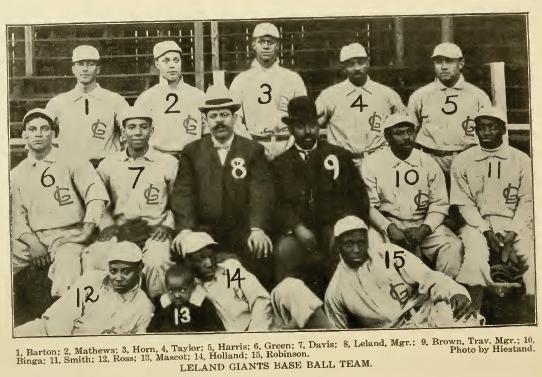 The Leland Giants pose for their team picture in 1905. Frank Leland, the owner and namesake of the team, sits in position 8. Source: Spalding’s Chicago Amateur Base Ball Annual and Inter-City Baseball Association Yearbook (1905)

In the early twentieth century, racial prejudice in the North was on the rise as waves of Black Americans moved from the South to find jobs in northern cities during a period known as the Great Migration. Although one of the major push factors causing this migration was racially motivated violence experienced in the South, white northerners bristled at the prospect of a rising Black population in their cities. As a result, white northerners adopted formal and informal forms of segregation that resembled the Jim Crowism of the South, routinely excluding Black Americans from many public and private spaces, including places of recreation.

By this point, MLB owners had already adopted a “gentlemen’s agreement” establishing the infamous color line in both major and minor leagues that barred Black athletes from playing on the sport’s professional teams. However, all-Black teams were crucial to the semi-professional baseball landscape and the Leland Giants—whose namesake was their owner, Frank Leland, a Black former baseball player and Chicago businessman—dominated semi-professional baseball during the first decades of the twentieth century. 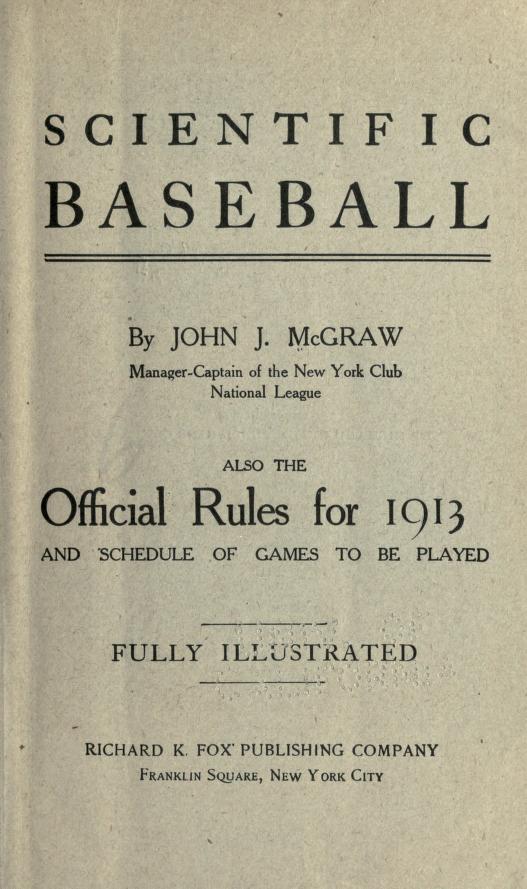 Since all-Black teams often found it difficult to attract paying fans, especially white patrons, many teams employed a vaudevillian approach to draw crowds. The Cuban Giants, for instance, developed a series of on-field comedy routines, including a pantomime known as “shadow ball” that involved simulating an imaginary game on the field without the use of a baseball.

However, the Leland Giants were able to avoid such gimmicks, earning respect from the Black and white press alike through the technical excellence of their gameplay. The Chicago Defender wrote in 1911 that the Leland Giants played “genteel, scientific, and gentlemanly ball.”

The Chicago Tribune noted that Andrew “Rube” Foster, the team’s manager and star pitcher, was “a student of the dry school of pitching,” an allusion to the fact that Foster did not throw the spitball, a pitch that was by that point considered vulgar. Overall, strategic bunting, mechanically-sound pitching, and methodical judgment in the field (labeled “scientific” baseball) were trademarks of the Leland Giants’ distinctive style of play.

Aside from their style of play, the Leland Giants were distinct among other Black semi-professional baseball teams because they regularly played against white teams and easily drew large crowds of white fans.

During the 1909 season, the Leland Giants traveled 4,465 miles, playing both Black and white teams throughout the Jim Crow South—Memphis, Birmingham, Fort Worth, Austin, San Antonio, and Houston. During this tour they traveled in luxurious (though usually segregated) Pullman railcars, illustrating their elite status.

During the same season, they also took part in the Chicago City League as its only Black team and won the league’s championship with a season record of 31-9. One Tribune sportswriter admitted that “while undoubtedly it is galling to many persons to see a colored nine take honors from five white teams, the Leland Giants are entitled to a place in the league by their drawing powers.” The writer went on to state that “at least five of them would be in the major league if white.”

The Leland Giants culminated the 1909 season with a three-game exhibition against the Chicago Cubs, who had won the World Series the last two seasons. The Leland Giants ultimately lost all three games, but playing the top team of the exclusionary major leagues was in and of itself extraordinary. 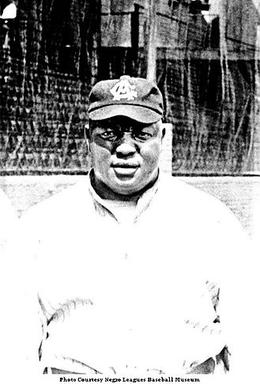 Andrew “Rube” Foster joined the Leland Giants in 1907 and quickly established himself as their star player and manager. He went on to lead the Negro National League in 1920, and was inducted into the Baseball Hall of Fame in 1981. Source: Negro League Baseball Museum

Despite the popularity of the Leland Giants among white crowds, Black Americans were still largely excluded from sharing most amusement spaces with whites. With this in mind, team owner Frank Leland forged civic ties with Chicago’s Black business leaders to create “respectable” leisure spaces for the segregated Black population.

The issue of respectability was crucial during the Progressive Era, particularly surrounding leisure time. Progressives, Black and white, promoted what they perceived to be clean, wholesome recreation over seedier activities such as gambling, drinking alcohol, or attending cinemas.

While Black culture was frequently subject to the moral policing of white progressives, Black progressives like Leland also held similar views about respectability. Rather than simply mirroring the racist stereotypes of white progressivism, Chicago’s Black business leaders developed a parallel yet distinct public sphere that represented the cultural spaces they wished for their own community.

Just as white progressives established “respectable” amusements in Chicago like parks and playgrounds, Leland united with other members of Chicago’s Black business class, including star player Rube Foster, to form the Leland Giants Baseball and Amusement Association (LGBAA). In addition to the baseball team, the LGBAA also funded a new summer resort, skating rink, and restaurant.

The Association also purchased its own stadium for the Leland Giants, an unprecedented move for an all-Black team. Overall, the Black middle class often viewed Black-owned enterprises like the LGBAA as key to racial uplift and as a way to gain status, wealth, and respect inside and outside the Black community at a time when discrimination and racism ruled the day.

The LGBAA’s amusement hall opened its doors on November 2, 1902, and as Broad Ax editor Julius Taylor explained, “Every enterprise which is not intended to degrade the Negro conducted by Afro-Americans, tends to raise every worthy member of the race up in the business world.” Taylor concluded that as long as the hall was managed in a first-class manner, “it should receive the patronage of the decent amusement loving public.”

A Black baseball league on par with the major leagues

The Broad Ax, a Black newspaper, celebrated the opening of the LGBAA’s amusement hall, the Chateau De La Plaisance. Source: Library of Congress

The idea of a parallel, yet equally respectable, sphere for the Black population eventually crept into the baseball side of the business. As early as 1910, Rube Foster began laying the groundwork for a professional all-Black league that would be on par with the major leagues. The plan accelerated after World War I, when even greater numbers of Black Americans were moving to northern cities and had more money to spend thanks to the wartime staffing needs of urban factories.

Black entrepreneurs such as Frank Leland, Rube Foster, and their contemporaries understood the importance of leisure spaces to community relations, social engagement, and economic success. The Leland Giants demonstrated to a wider audience that Black baseball was worthy of respect by all people, and the LGBAA helped shore up a sense of pride within Chicago’s Black population that racism often denied them.

It is precisely because of these successes that, in 2020, Major League Baseball honored the hard work and talent of the Negro Leagues, their players, and what they did to help continue to move racial equality forward.