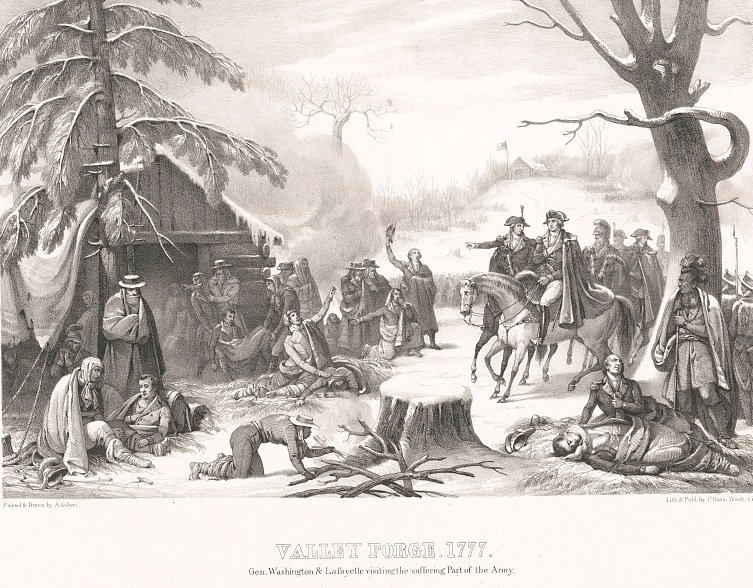 In 1776, General George Washington and the Continental Army faced a threat even greater than the British Army: a continent-wide smallpox epidemic. From 1775 to 1782, a major outbreak of the disease ravaged North America, causing at least 100,000 deaths from the Atlantic to the Pacific and from Canada to New Spain. Washington knew the danger well. He bore several smallpox scars on his face from having contracted and survived the disease as a young man. 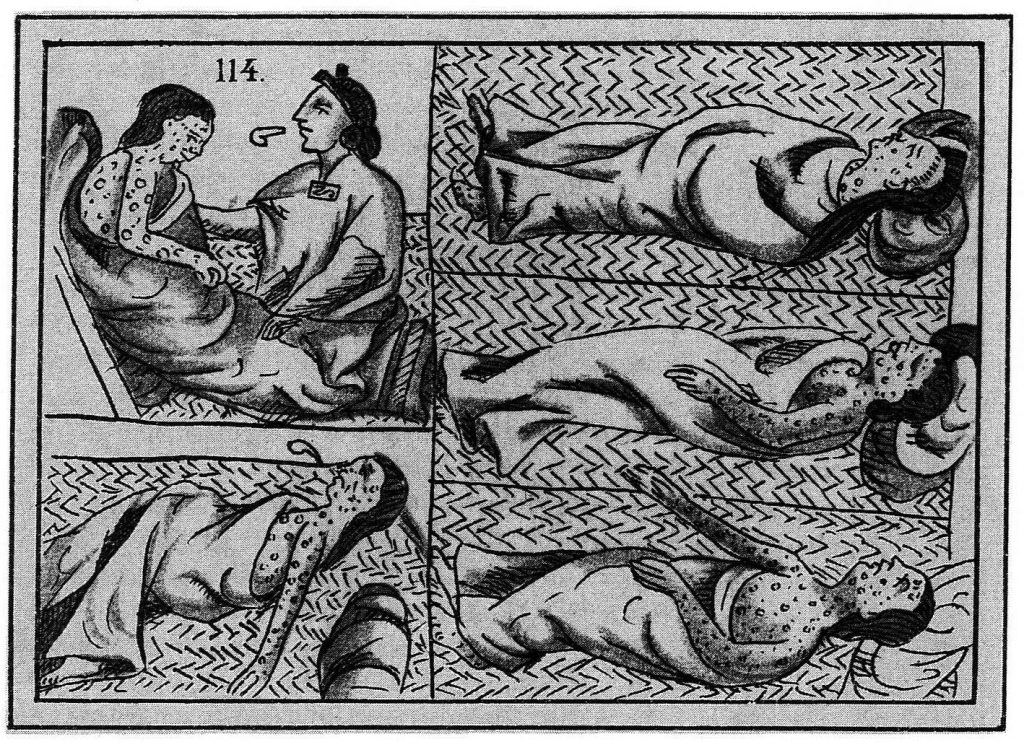 Smallpox has killed millions over the centuries. More than two hundred years before the American Revolution, a smallpox epidemic devastated the Aztec Empire and contributed to its fall to the Spanish. Source: Virginia Tech

The chaos of war created ideal conditions for the virus to spread. Soldiers, refugees, self-liberated former slaves, merchants, and camp followers were moving about and bringing the disease with them. Smallpox spreads through human contact but can take up to two weeks for symptoms to show, so infected people could unknowingly pass it on. Washington’s army lay at a particular disadvantage. Many of Washington’s soldiers were farmers from rural areas, and thus less likely to have immunity to the disease. By contrast, most of the British soldiers had already received a treatment called inoculation to protect them.

Physicians in China, India, the Ottoman Empire, Wales, and Africa performed inoculations for decades and even centuries before the practice reached North America. The procedure involved transferring smallpox scabs or blood from an infected patient to a healthy individual. The patient typically catches a milder version of the disease. Once the disease passes, the patient has lifelong immunity. 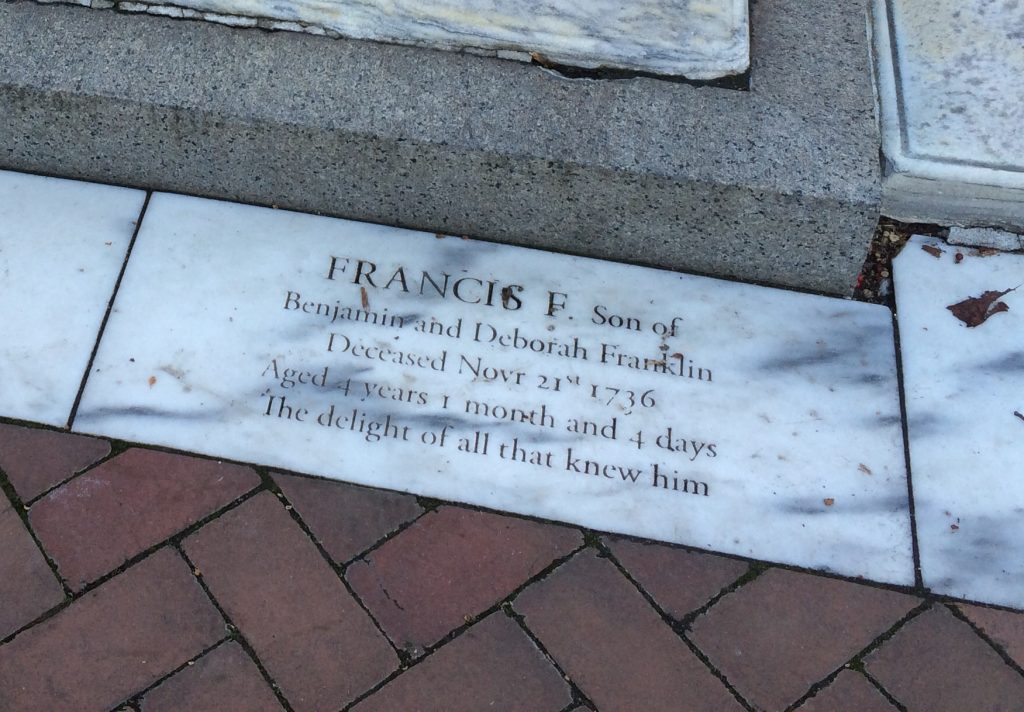 Washington’s contemporary Benjamin Franklin lost his four-year-old son to smallpox. Franklin wrote in his autobiography, “I long regretted… that I had not given it to him by inoculation” and begged other parents to inoculate their children. Source: Waymarking.com/Groundspeak, Inc.

Inoculation is not vaccination. It was considerably riskier than Edward Jenner’s smallpox vaccine—developed in the 1790s—and modern vaccines. Although estimates differ, historians believe that inoculation had a .5 to 2 percent mortality rate. Another downside was that, during the inoculation process, an individual who appeared healthy might still be contagious. Several outbreaks of smallpox in the Thirteen Colonies appear to have started this way, resulting in widespread suspicion of the procedure, and, in some cases, legislative action to block or limit the practice.

It is perhaps for this reason that Washington was initially hesitant to mandate inoculating his troops and instead banned the practice for fear that it could sicken the entire army. Instead, he resorted to other methods to try and keep his soldiers safe. During the siege of Boston, Washington ordered a quarantine of any civilians or deserters leaving the smallpox-stricken city. When the British evacuated Boston in early 1776, Washington ensured that the first troops sent into the city were those who had already caught the disease and were now immune. 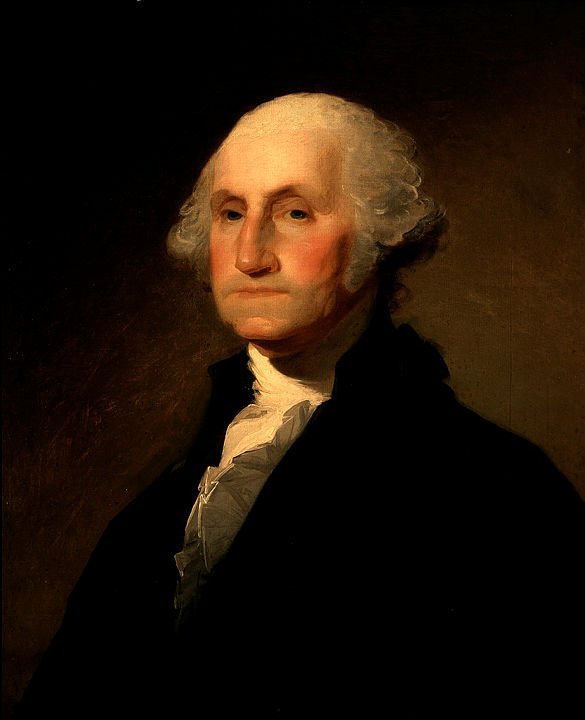 Although Washington recovered from his bout with smallpox, he knew that many of his soldiers would not be as lucky should the Continental Army experience a serious outbreak. Source: White House Collection / White House Historical Association

Events soon forced Washington’s hand. Smallpox decimated the American forces sent to capture Canada, and local outbreaks hampered recruitment efforts. There were also rumors of British forces using smallpox as a biological weapon against the rebels. Years earlier, during Pontiac’s Rebellion, the British and colonial forces at Fort Pitt in western Pennsylvania gave blankets infected with smallpox to two Lenape diplomats in the hopes of spreading the disease amongst the Lenape, Shawnee, and Mingo forces besieging the fort. During the Revolution, several British officers did offer proposals to purposely infect the American forces. Scholars continue to debate whether either side attempted biological warfare during the Revolutionary War, but, even without British efforts, Washington faced a major crisis.

By the summer of 1776, American forces in Boston were being inoculated against the disease, and by the winter of 1777 Washington expanded this to the Continental army. The risks, he judged, were worth it. As he wrote one doctor “we should have more to dread from [smallpox], than from the Sword of the Enemy.” Smallpox has a mortality rate of between seven and thirty percent, high enough to permanently cripple the American army.

Under Washington’s orders, doctors inoculated new recruits and then placed them into quarantine before the soldiers entered active service. This process involved setting up new hospitals, winning over reluctant officials, and coordinating with subordinates throughout the United States by mail. Washington also needed to keep the inoculations secret from the British, lest they attack while the troops were sick and weak. The effort was, in the words of historian Elizabeth Fenn, “the first large-scale, state-sponsored immunization campaign in American history.” 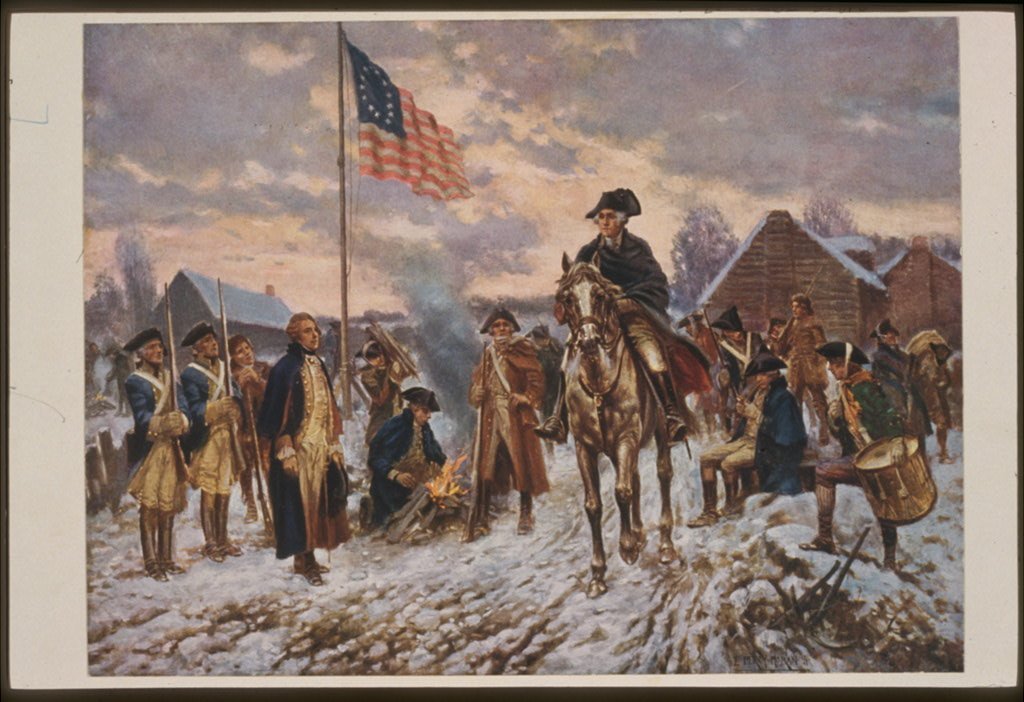 The strategy to inoculate the Continental Army was honed during the winter encampments at Morristown and Valley Forge. Poor weather conditions meant that the British were less likely to attack while the army underwent inoculation. Source: Library of Congress.

And it succeeded. Despite a few isolated outbreaks, smallpox never again seriously threatened the Continental Army, although local militia units who refused inoculation remained at risk. Historians believe that the inoculation program, along with other public health efforts, helped reduce the percentage of sick soldiers in the army from a high of 35.5 percent to a low of 9 percent. Thousands died during the smallpox epidemic of 1775-1782, but thanks to Washington’s actions, the Continental Army remained strong enough to continue and eventually win the fight for independence.