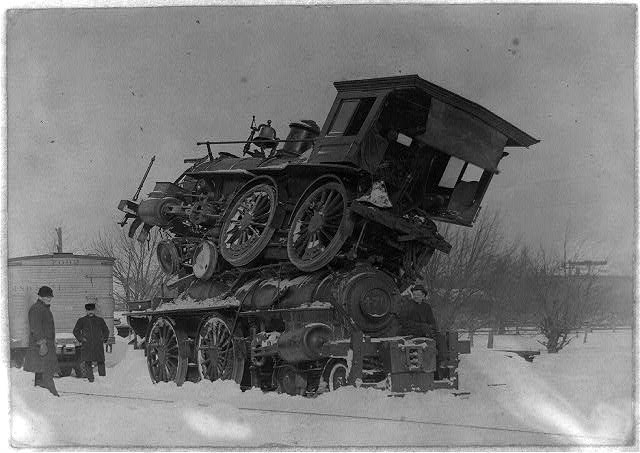 Travel has long incorporated some assessment of personal safety, but the mechanization of travel complicated this calculus. Concerns about safety have often conflicted with a desire to take advantage of the benefits of mechanized travel—including speed, convenience, and the thrill of trying something new. Examining safety is more than a study of how people felt about new technology. It relates directly to issues of responsibility, liberty, and even the role of government. 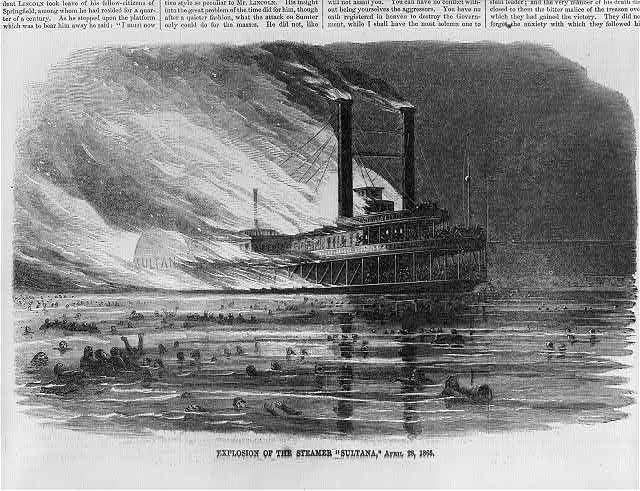 Over 1,100 people died when the boilers of the steamship Sultana exploded on April 27, 1865. It was the worst maritime disaster in U.S. history. Source: Library of Congress

Steam-powered disasters were so shocking in part because, despite its dangers, mechanized travel was widely embraced. Higher speeds shortened travel time and expansion of service connected more places. As this compression of time and space became normalized, the expectation rose that it should also be safe. But who ensured safety? The steamboat captain? The boat owner? The chief mechanic? The boiler manufacturer? There was no clear answer. Distress over catastrophes and a lack of clear responsibility prompted some citizens to seek redress from the federal government. The novelty and complexity of steamboat technologies hampered federal action, but for more than two decades the federal government debated if it even had a right to intercede in commerce or to place public safety above an individual’s right to gauge their own risk. When Congress finally enacted a steamboat safety law in 1838, it marked the first federal regulation of private enterprise.

The aftermath of a head-on collision between two trains in Batavia, New York, shows the tremendous forces involved in mechanized transportation. Source: Library of Congress

Meanwhile, another new mode of transportation began crisscrossing the continent: railroads. Isolated incidents of death and injury accompanied North American railways from their inception in the 1820s, but railroad disasters reached their apex in the period between the 1840s and 1870s as individual rail lines expanded into a transportation network and traffic strained operational and technological capacity. The random and gruesome nature of railroad disasters was particularly alarming. From loose rails piercing the floor of a passenger car to skewer those within, to the dreaded “telescope” where a collision would force one car inside another, passengers had just cause to question their safety.

Unlike steamboats, railroads staved off federal safety regulations for much of the 19th century by adopting voluntary safety measures. Laws of the time strongly favored railroad companies, making them liable only in cases of corporate, not employee, negligence. Nevertheless, regular improvements in passenger-facing safety measures were introduced, in part for economic and operational reasons, but also because of a judicial ruling that failure to employ the latest safety technology constituted negligence. 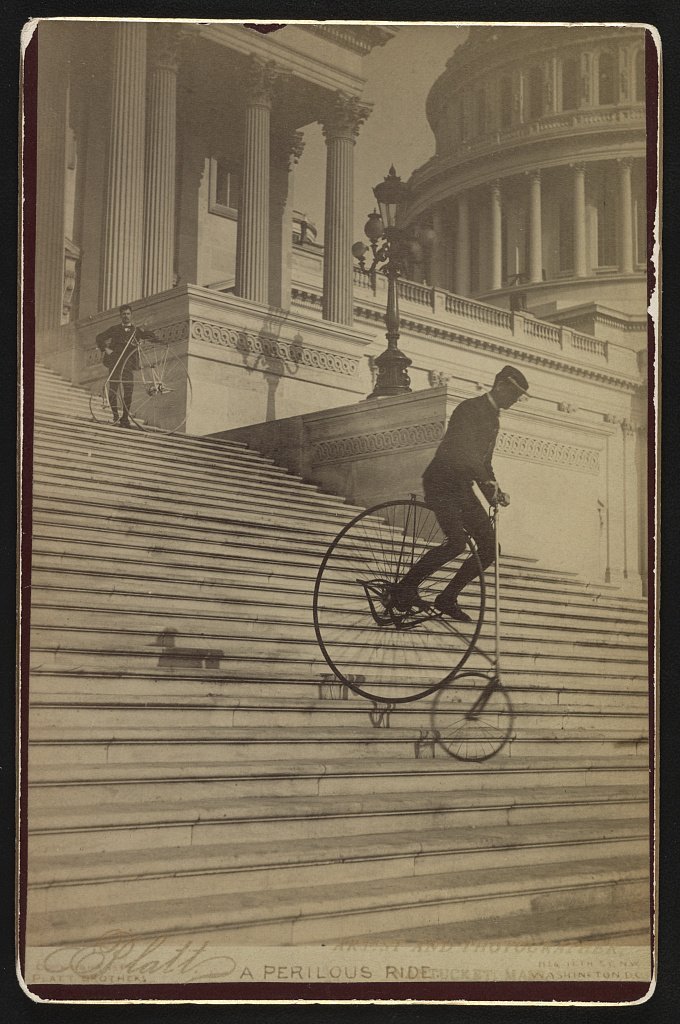 A bicyclist performs tricks on the steps of the U.S. Capitol building in 1884. Source: Library of Congress

Although safety occupied an increasingly greater position in the worldview of late 19th century Americans, the potential for thrill and danger attracted adherents to some forms of transportation. The bicycle brought new, widespread personal mobility, but also found popularity among adrenaline junkies who enjoyed “scorching” (riding fast) and attempting daredevil tricks. These brave cyclists scoffed at the development of the low-wheeled “safety” bike common today, complaining that it diminished the fun.

Disappointed thrill riders did not want long for a replacement. The automobile introduced new hazards in the late 19th century. At first a plaything of the affluent, in the early 20th century autos became a common means of conveyance for Americans of many income levels. Mechanized power and speed were now available in individualized form. Crashes and collisions mounted, but the automobile continued to grow in popularity.

Transportation scholars have long debated the paradox that the statistically the most lethal method of transportation also became the most popular. Some argue that, to consumers, the feeling of individual freedom outweighed the risks involved. Because they tend to carry smaller numbers of passengers, car crashes have tended to lack the shock of mass casualty events. Others ponder the extent to which risk is, or was, even considered by most motorists. Perhaps the most thought-provoking notion is the proposition that most people believe themselves to be safe drivers and view crashes as something affecting other, less skilled, motorists. 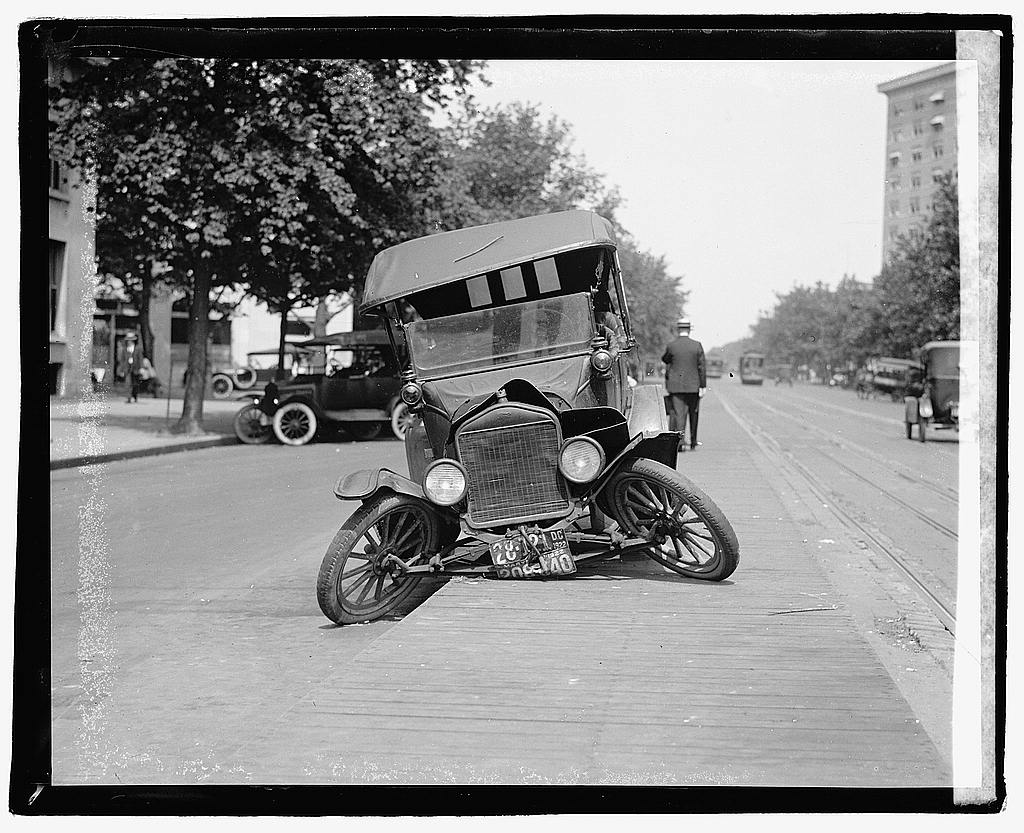 Automobile crashes, such as this one in 1922, became increasingly common as falling prices made cars more affordable and common. Source: Library of Congress

Motorized flight further complicated questions of safety. Airplane use in the First World War, air mail delivery, and feats such as long-distance flights helped make planes, at first mere curiosities, a viable mode of travel. Still, air transportation was considered so hazardous (and expensive) that commercial air travel almost didn’t happen. The “mortal danger” aspects of flight may have been a selling point of air shows, but they worked counter to the idea of air travel as safe. Federal subsidy and substantial safety regulation helped to promote widespread acceptance of air travel. Even today, with an impressive safety record, airplanes still provoke fear and anxiety in many travelers. 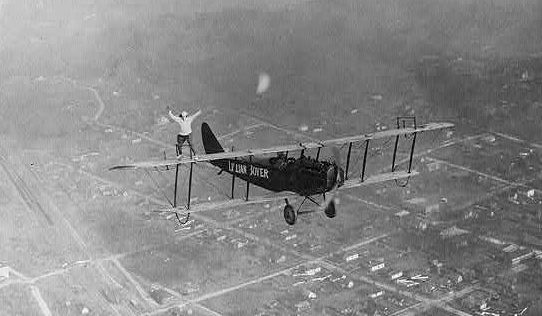 Lillian Boyer, seen here in 1922, frequently performed acrobatics on the wings of flying aircraft. Such feats attracted many onlookers but also underscored the danger of flight. Source: Library of Congress.

Each new mode of mechanized transportation must overcome, address, and respond to concerns about safety. It is telling that, time and again, when consumers face a choice between fast but dangerous or slow but safer, the fast option usually wins out. Yet the danger, real or perceived, still animated citizens enough to change their ideas of the federal government’s purview and demand regulations. Each new mode of transportation introduced not just new kinds of mobility, but a reevaluation of the relationship between personal liberty and public safety. These same questions and concerns will no doubt re-emerge as we face the next big leap in transportation technology—perhaps not the personal jetpacks so often imagined as the next frontier of human transportation, but certainly self-driving cars.