Is your grocery store missing your usual staples? Do you have kids at home who love cooking or history? This could be an opportunity to learn about how people of the past fed their families during shortages and hardship. Try one of these historical recipes to get a lesson—and a taste—of the past.

During World War I, President Woodrow Wilson established the U.S. Food Administration to help control the supply and conservation of food during wartime. Led by future president Herbert Hoover, the Food Administration appealed to a sense of patriotism by assuring citizens that conserving food at home would help the war effort. People of all ages signed pledge cards, promising to eat only what they really needed. Restaurants changed their menus, serving unusual items like dogfish and sugarless candy instead of dishes that required in-demand ingredients.

To support conservation, the Food Administration produced recipes and booklets that advised the public on how to use substitutes in place of high demand products like wheat, sugar, and meat. The National Archives has digitized many of these booklets, like United States Food Leaflet No. 20. It includes recipes for wheatless breads and cakes, like this recipe for oatmeal and corn-flour muffins: 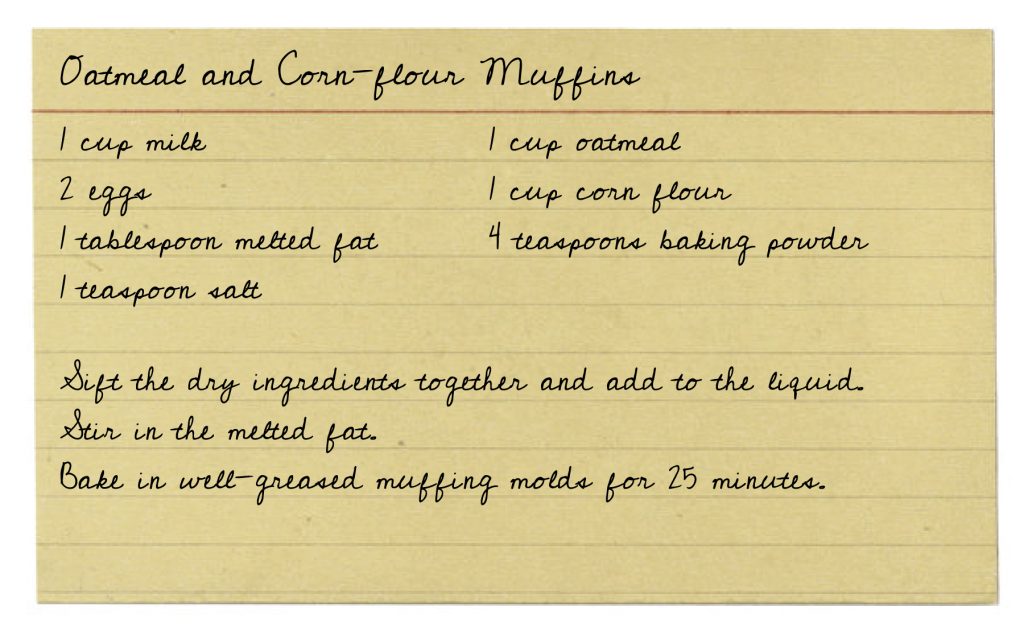 World War II again plunged American kitchens into upheaval. Because of the country’s distance from the theaters of war, rationing in the United States wasn’t as intense as in other combatant nations, but the government did limit the supply of staples like sugar, meat, and butter. The 1942 edition of the Women’s Home Companion Cook Book emphasizes that readers should be open to trying new recipes or making substitutions. “Above all,” the book advises, “study the chapter on nutrition and meal planning: it will show you how to plan meals by a sound easy method that will keep your family in top health. A healthy nation is the best contribution our homes can make to our war effort.”

Wartime shortages popularized recipes for cake without eggs, butter or milk, reintroducing a treat that was popular during World War I. Some of these cakes—like this “Wacky Cake” from one of our historian’s grandmothers—rely on the chemical reaction between baking soda and vinegar to rise: 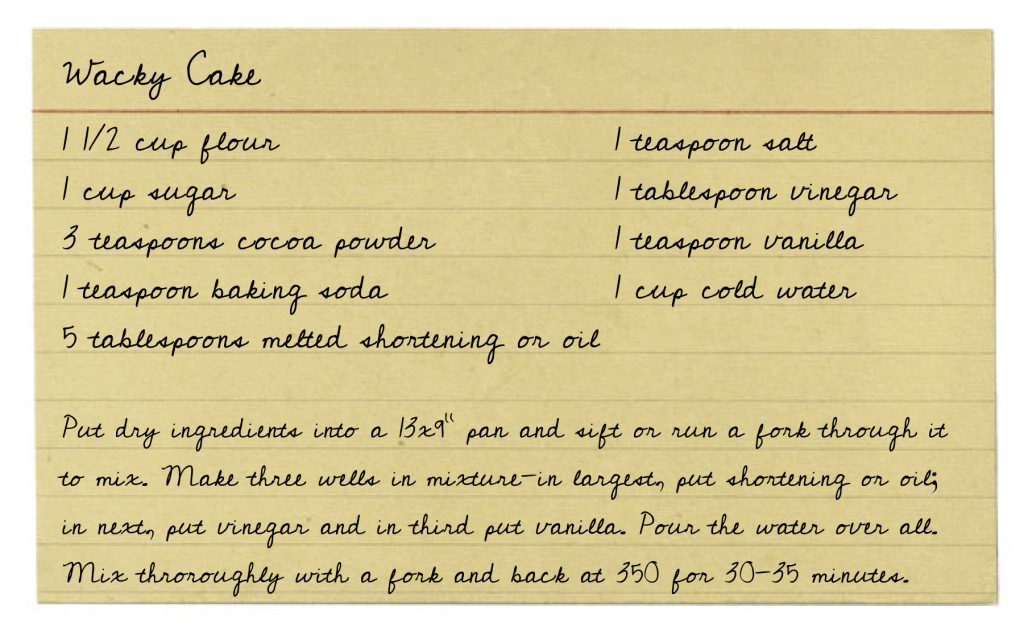 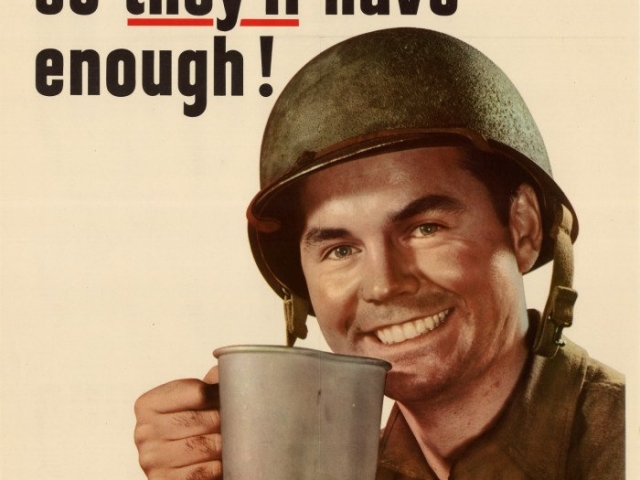 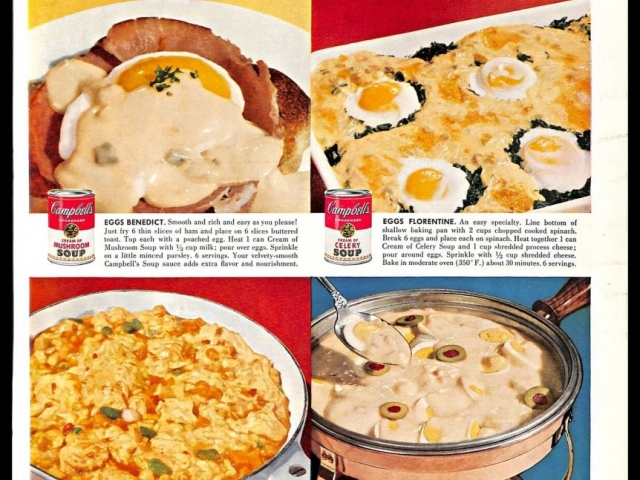 In the 1950s, recipes featuring canned vegetables, fruit, meat and soups became explosively popular. The post-war American kitchen emphasized convenience. It relied on canned or processed foods and new electric appliances to cut down on the amount of time it took to make a meal. Companies used flashy advertisements featuring recipes for consumers to try out their products. The Campbell Soup Company advertised this green bean casserole in 1955: 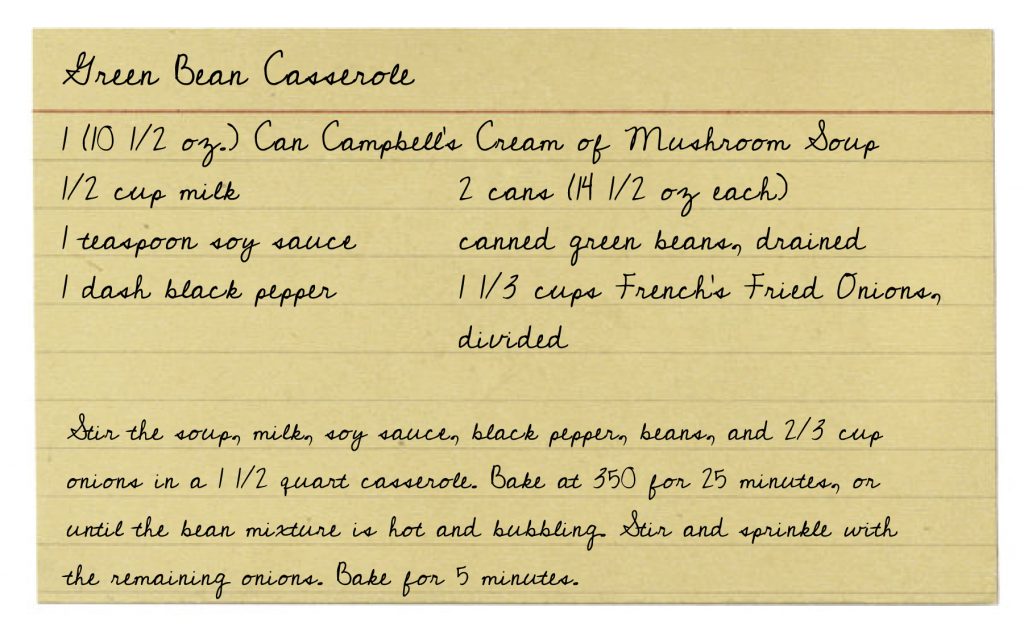 Studying historic food trends like these can provide a unique perspective on how people adapted to difficult times. In the midst of our own international crisis, they can also provide new options for our kitchens—you might discover a new favorite.