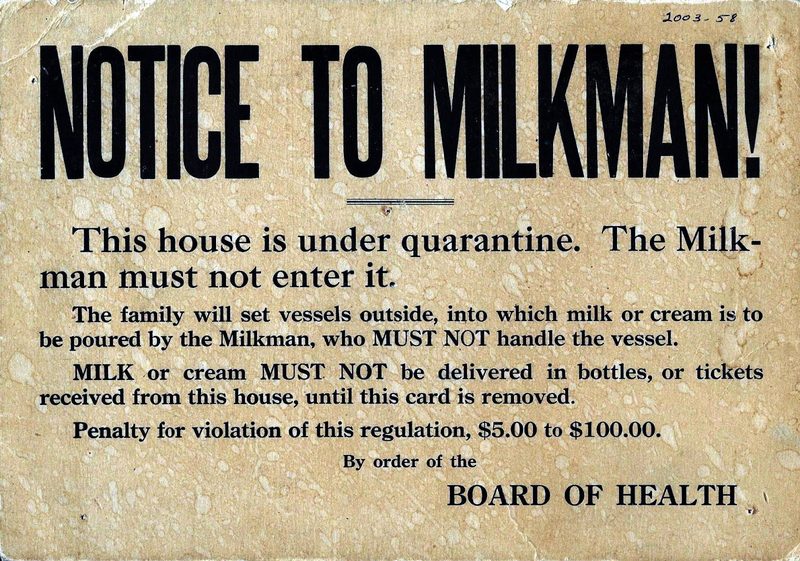 Orders to “quarantine,” “stay at home,” or “shelter in place” issued on a state-by-state basis in the past few weeks feel unprecedented. It is difficult to recall a time of such restriction on personal movement. While much of what we are experiencing as a result of the COVID-19 pandemic is unique to our time, civil authorities have repeatedly taken drastic steps to mitigate the effects of major emergencies throughout American history.

Quarantining the ill to spare the rest of society has a long history, with known instructions for quarantines dating back to Hippocrates and the Book of Leviticus. Throughout the Middle Ages, European polities regularly ordered quarantines during outbreaks of the bubonic plague. Officials in the Venetian-controlled port city of Ragusa (today Dubrovnik, Croatia) enforced trentino, a mandatory, 30-day isolation period for all ships entering port.

American history is also rich with medical quarantines. Early enforcement revolved around smallpox, which swept through colonial America in the late 1700s. North America experienced outbreaks of the feared disease between 1775 and 1782. General George Washington viewed it as a greater threat than “the sword of the enemy” to his troops during the Revolutionary War.

At the time, inoculation methods were in their infancy in the Western world. The process involved infecting a healthy individual with the disease so that he or she would develop antibodies against future infections. While those with mild infections often lived and gained immunity, many also died as a result of their attempted inoculation. 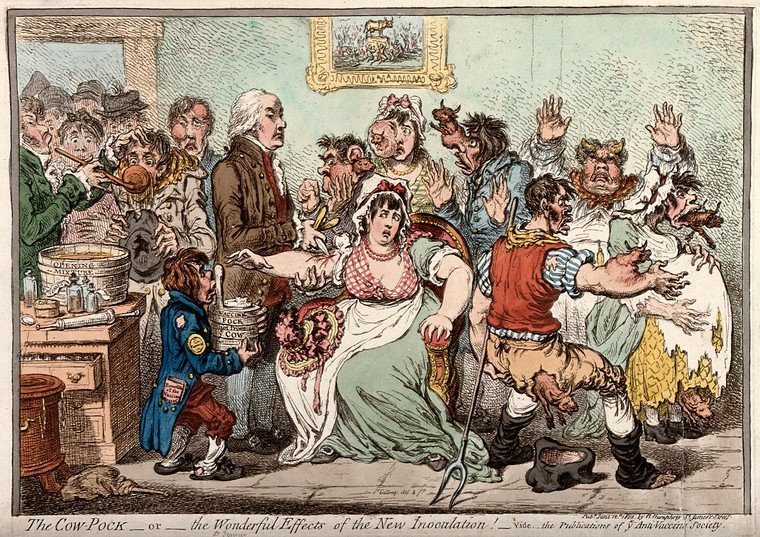 Inoculation also posed a danger to the community. Because early-American inoculation involved exposing an individual to a live, virulent pathogen, many saw it as a method that could recklessly unleash a deadly contagious disease. For this reason, those choosing to inoculate were often forcibly quarantined, just as if they had contracted the disease naturally. In 1768, for instance, a mob in Norfolk, Virginia, rounded up inoculating families and marched them for five miles through rain and darkness to the nearest Pest House: a building used to quarantine sailors who had contracted smallpox.

As smallpox inoculations became more commonplace, its threat subsided, only to be replaced by a new recurring medical nightmare: cholera. In 1832, news reached the United States that cholera had broken out in England, and a military quarantine in Europe had failed to halt the spread of the disease westward from Poland and Russia. Because the American economy depended so heavily on transatlantic trade, there was little hope that the United States would be spared. 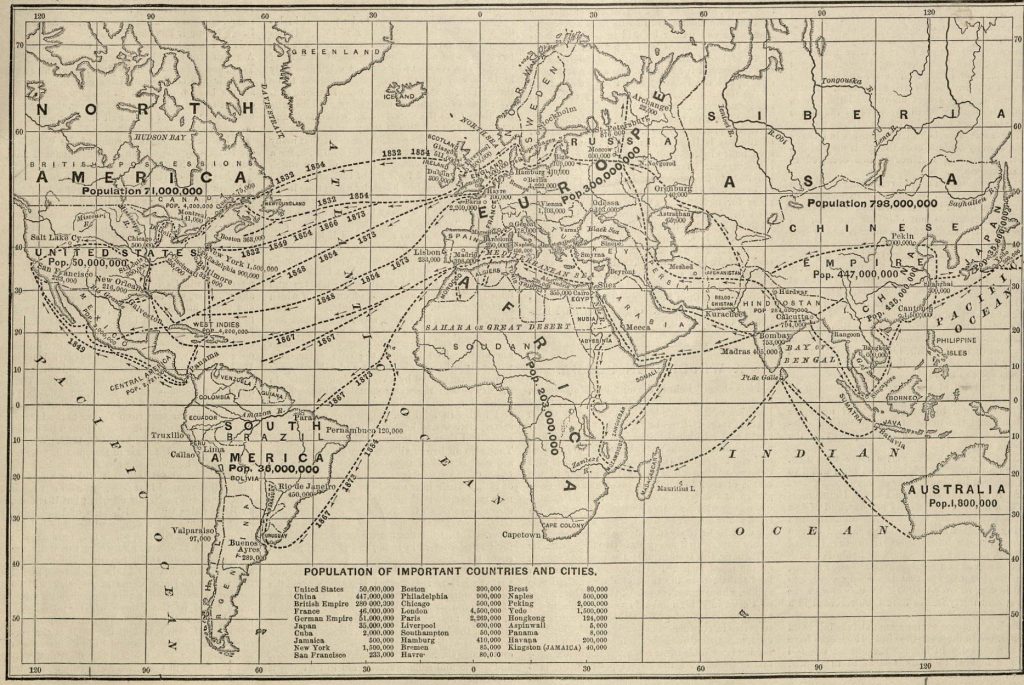 Even before rail and air travel, transoceanic trade enabled the spread of disease around the world. This 1885 map tracks the transmission of cholera. Source: The New York Academy of Medicine

Attempting to mitigate the impending health crisis, American authorities enacted stringent quarantines on ships arriving from European ports. Officials also quarantined canal ports in the United States, hoping to limit travel and the spread of cholera throughout the country. Armed Rhode Islanders turned back New Yorkers attempting to flee across the Long Island Sound, and a local militia in Ypsilanti, Michigan, fired on coaches coming from cholera-ridden Detroit. The first cholera epidemic in 1832 led to strict citywide and even statewide quarantines. Immigrants were frequent targets; many Americans tapped into already pervasive anti-immigrant beliefs and used the cholera epidemic as an argument to stop immigration from Europe.

Subsequent cholera epidemics in 1849 and 1866, however, saw fewer quarantines and a greater emphasis on public hygiene, as scientists began to understand that cholera was spread through contamination rather than miasma, or “bad air.” Even so, quarantine remained a tool in the public health arsenal that states and the federal government used during outbreaks in the late 1800s.

Commonly, public discourse has compared the COVID-19 pandemic to the influenza pandemic of 1918. The influenza pandemic, which killed at least an estimated 50 million people globally, prompted a variety of quarantine measures, including school cancellations in Europe and a ban on public gatherings in parts of the United States. For more on the isolation measures enacted in 1918, please see my colleague Mimi Eisen’s blog.

At the time, local and state governments administered quarantine measures for the most part. But after World War I, as the federal government accumulated greater authority in many policy areas, it also nationalized the country’s quarantine system. Public health eventually became entangled within the larger web of national security. The term “shelter in place”—which California Governor Gavin Newsom has notably used to mandate the state’s social distancing measures—dates back to the Cold War. With the threat of surprise nuclear attack looming, the federal government created a national campaign to inform Americans about what they should do, should such an attack occur. This is where the well-known (and quaint) Duck and Cover film originated. Eventually, the shelter-in-place order came to encompass not just nuclear attacks, but also chemical and biological attacks, active shooter incidents, and natural disasters.

Many of us have had to make swift adjustments to daily life in order to slow the spread of COVID-19, and these changes can feel surreal—like nothing we’ve ever experienced. And while the current moment is undoubtedly unique, history teaches us that it is not unprecedented. Understanding the historical context can help us gain perspective and to frame what’s happening now and what may happen next.