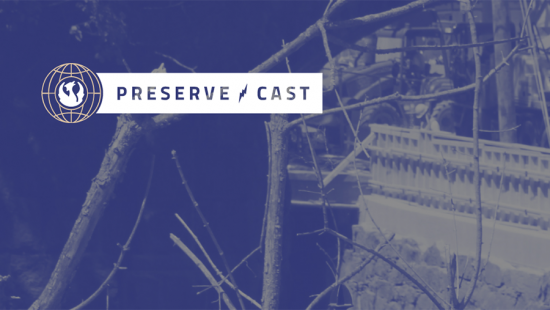 My work leading an organization committed to preserving physical and cultural heritage allows me to dig in – sometimes literally – to rich history and help write new chapters to very old stories. As a history enthusiast, I also love to hear how other people engage with the stories of our past. While my role as Preservation Maryland’s president & CEO  largely focuses on Maryland, I have always been interested in the work being done to honor, research, uncover, interpret, and save the countless layers of our historic resources around the world. Taking my love of history, storytelling, and learning, I did what millions have done before me: I started a podcast. This podcast, PreserveCast, would go on to become the number one historic preservation podcast in the world with more than 78,000 downloads, and I have 230 expert guests – and counting – to thank for that.

Launched in early 2017, PreserveCast is where the past and present meet to discuss how history impacts today – and tomorrow. Each week, I talk with guests about topics like traditional crafts & historic trades, architecture, museums, community, arts, preservation policy, and the history of food. So, fellow history enthusiasts, read on as I share some of PreserveCast’s most unique episodes.

THE HISTORY OF ENTERTAINMENT: A CONVERSATION WITH SMITHSONIAN CURATOR RYAN LINTELMAN 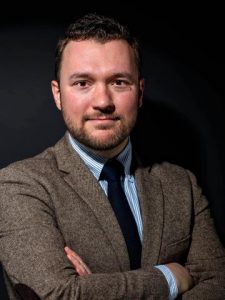 The history of entertainment is a unique and compelling thread in America’s story – one that Ryan Lintelman has dedicated his life to studying, collecting, and interpreting. Lintelman is the Entertainment Curator at the Smithsonian’s National Museum of American History and is putting the finishing touches on a massive new exhibit exploring this aspect of American history. 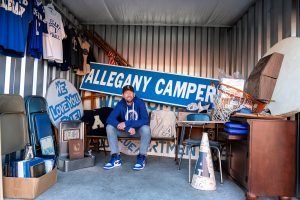 When a building’s fate is settled, what can be done to save its memories? How can a community be engaged and given an opportunity to tell their story about that place? For Cumberland, Maryland-based photographer, Michael Hunter Thompson, the answer is through detailed photography. On this episode, we talk about how this photography project engaged thousands and underscored the power of place that preservationists around the nation should think about as they work to rally communities of their own.

On this episode, we head to the brackish marshes of Maryland’s Eastern Shore to talk Tubman, slavery, and freedom.

Few names have become as synonymous with grit, determination, and liberty as Harriet Tubman. A Moses for her people, Tubman has become an almost mythical character who represents the best of the American spirit in the face of incredible suffering and inhumanity. Yet, for many years, she lacked a rigorous and scholarly biography. Our guest, Dr. Kate Clifford Larson, addressed that historical inequity and helped bring Harriet’s real story to a new generation.

SUSTAINABILITY, EQUITY, AND PRESERVATION: A CONVERSATION WITH DR. ERICA AVRAMI 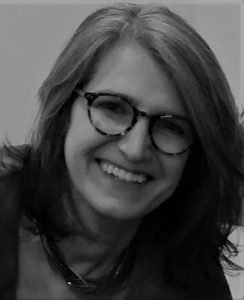 At its core, historic preservation should be about instrumentalizing heritage, broadly defined, to sustain communities and promote resilience. That’s the argument Dr. Erica Avrami makes in one of her most recent publications on the legacy of preservation policy and the future of the field – a compelling and timely topic of conversation on this episode of PreserveCast, where we dive deep into what the future of preservation may hold. 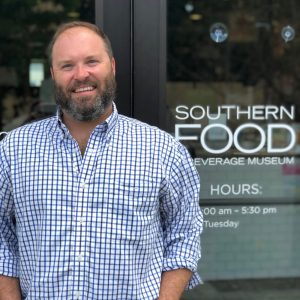 Food is powerful. It has the ability to transcend artificial divisions and to unite – and it can speak to our history and heritage if we’re willing to listen, or think with our tastebuds. For this episode’s guest, using food to tell a story is all a part of his daily work. Brent Rosen is the President and CEO of NatFAB, the  Southern Food and Beverage Museum and the  Museum of the American Cocktail  in New Orleans, Louisiana. So, pack your bag, but don’t bring any food – we’ve got that covered on this episode of PreserveCast.

THE “ANIMAGIC” OF THE HOLIDAYS WITH RANKIN/BASS PRODUCTION’S OFFICIAL HISTORIAN, RICK GOLDSCHMIDT 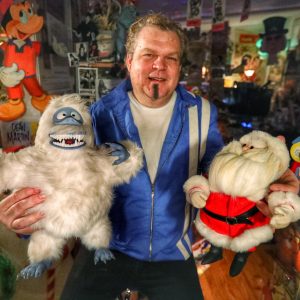 You know Dasher and Dancer and Prancer and Vixen, but do you recall Rankin/Bass – the company behind some of America’s most beloved stop-action holiday films? Our guest, Rick Goldschmidt, does. He’s a historian of Rankin/Bass Productions – the creative team that created Rudolph the Red-Nosed Reindeer, The Year without a Christmas, and dozens upon dozens more.

Preserving the legacy of those films and the actual props has been a lifelong passion for Rick and on this episode of PreserveCast, we head back to the 1960s to talk TV preservation and memory with an authority on the subject.

THE CIVIL WAR PHOTO SLEUTH: A CONVERSATION WITH KURT LUTHER 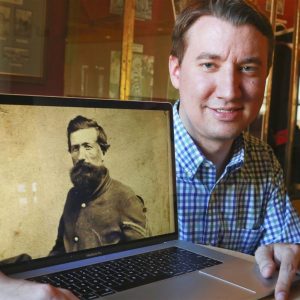 The American Civil War was the first war to be truly photo-documented. The haunting images stare back at us and make the brutal conflict real and humanize the tragedy. Yet, for all of the photos, many of the identities of the individuals captured are now unknown. Today,  Civil War Photo Sleuth  is using modern-day technology to rediscover the lost identities in American Civil War-era photographs. This new endeavor holds tremendous potential not only to uncover the lost history of the Civil War–but of countless other anonymous photographs. On this episode we talk artificial intelligence, Civil War history, and the future of historical investigations. 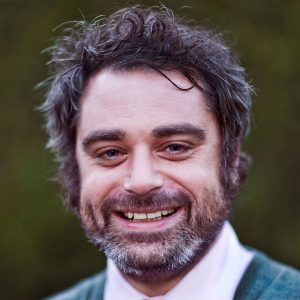 I’ve been a fan of Peter Ginn ever since I watched the first episode of BBC’s  Victorian Farm, where he portrayed a Victorian-era farmer in England alongside  Ruth Goodman  and Alex Langlands. Peter has deftly combined his knowledge of the past with entertainment and is a proud ambassador for preserving historic trades and crafts. In short, he’s the ideal PreserveCast guest. With the release of his book, Slow Tech: The Perfect Antidote to Today’s Digital World, Peter is also making a powerful case for working with our hands in a hands-free world.

A new episode of PreserveCast is released every Monday and can be downloaded at www.preservecast.org or your favorite place to listen to podcasts. Have an idea for a future episode? We’d love to hear it: info@presmd.org 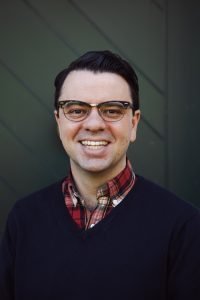 Nicholas Redding has served as the President & CEO of Preservation Maryland since 2014. Prior to his arrival at Preservation Maryland, he served in leadership positions at several heritage and preservation organizations including Deputy Director for Advocacy at the American Battlefield Trust in Washington, DC. Prior to the Trust, he served as a Park Ranger at Gettysburg National Military Park and the Chesapeake and Ohio Canal National Historical Park. He is a graduate of West Virginia’s Shepherd University and lives outside of Frederick, Maryland with his wife, daughter, and two beagles.

Falling Waters Battlefield: a new survey
How one museum got over 45,000 items out of storage, published to the web, and discoverable
How We Stumbled Upon and Saved One of Western Maryland’s Oldest Buildings