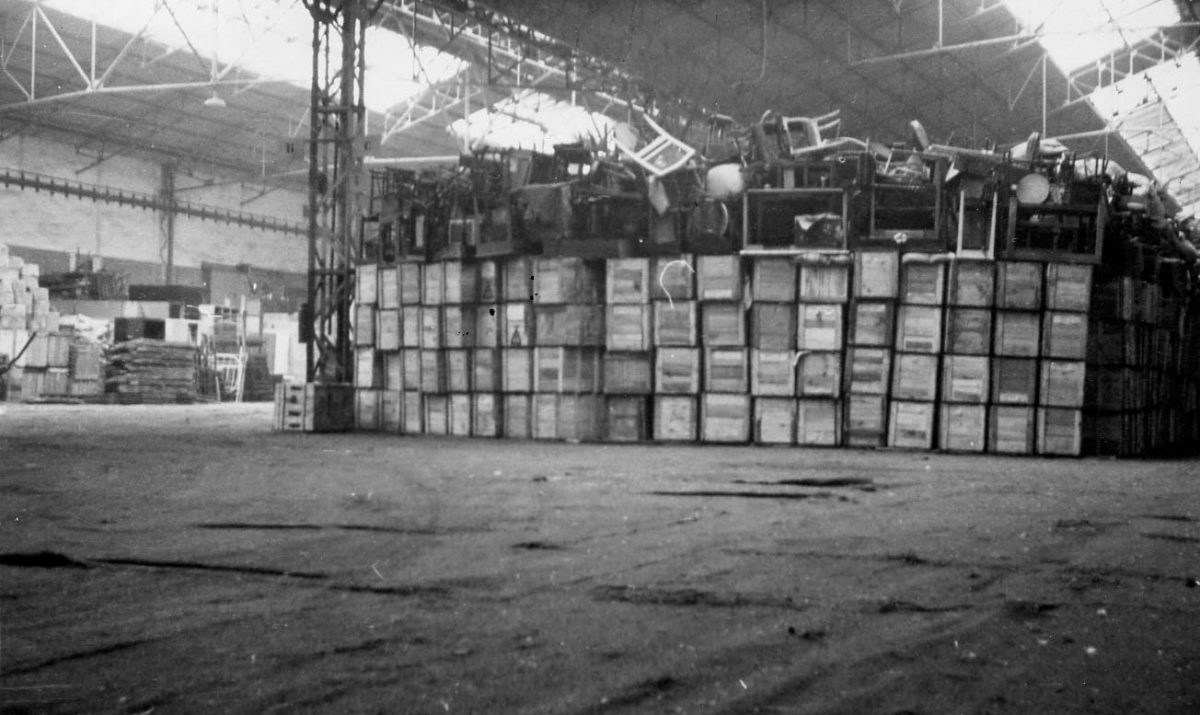 When questions arose surrounding the rightful ownership of a painting sold at auction, a law firm representing a claimant contacted HAI for assistance in investigating whether the artwork had been looted from the claimant’s family collection during the Second World War. 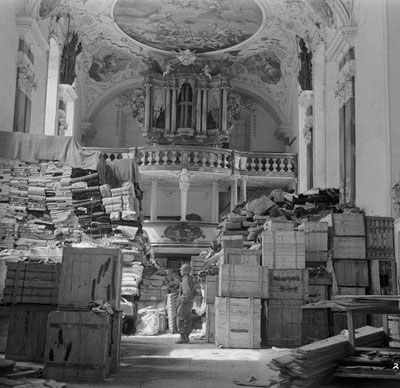 German loot stored in church at Ellingen, Germany found by troops of the U.S. Third Army. 4/24/45.

During the Holocaust and World War II, Nazis systematically seized hundreds of thousands of paintings, along with other cultural property, from Jewish homes and businesses in German-occupied territory.  After World War II, the U.S. military occupation governments in Germany and Austria worked to restitute the voluminous amounts of cultural property which fell into Allied military hands during the occupation of Germany.  Despite efforts to return looted Holocaust-era assets to the countries from which they were stolen, many items were not returned to the original owners or their heirs—but rather incorporated into public and private collections.

To learn more about the painting’s chain of ownership (known in the art world as provenance), potential looting, and subsequent restitution, HAI researchers examined archival records documenting the U.S. military government’s restitution policies and programs in Germany and Austria.  They surveyed files describing general restitution policy issues, property cards of looted art that moved through the restitution process, cultural property claims processed by the U.S. military government, and information relating to the specific painting under suspicion. HAI researchers located documentary evidence indicating that Nazis had taken the family’s cultural objects, including the painting in question, from their home in France in 1942.  The research further indicated that the family had filed a claim for the painting in 1947, and correspondence from various other agency files showed that the claimed painting had not been located at any of the U.S. military government’s central collecting points for looted art, nor had it ever been restituted. 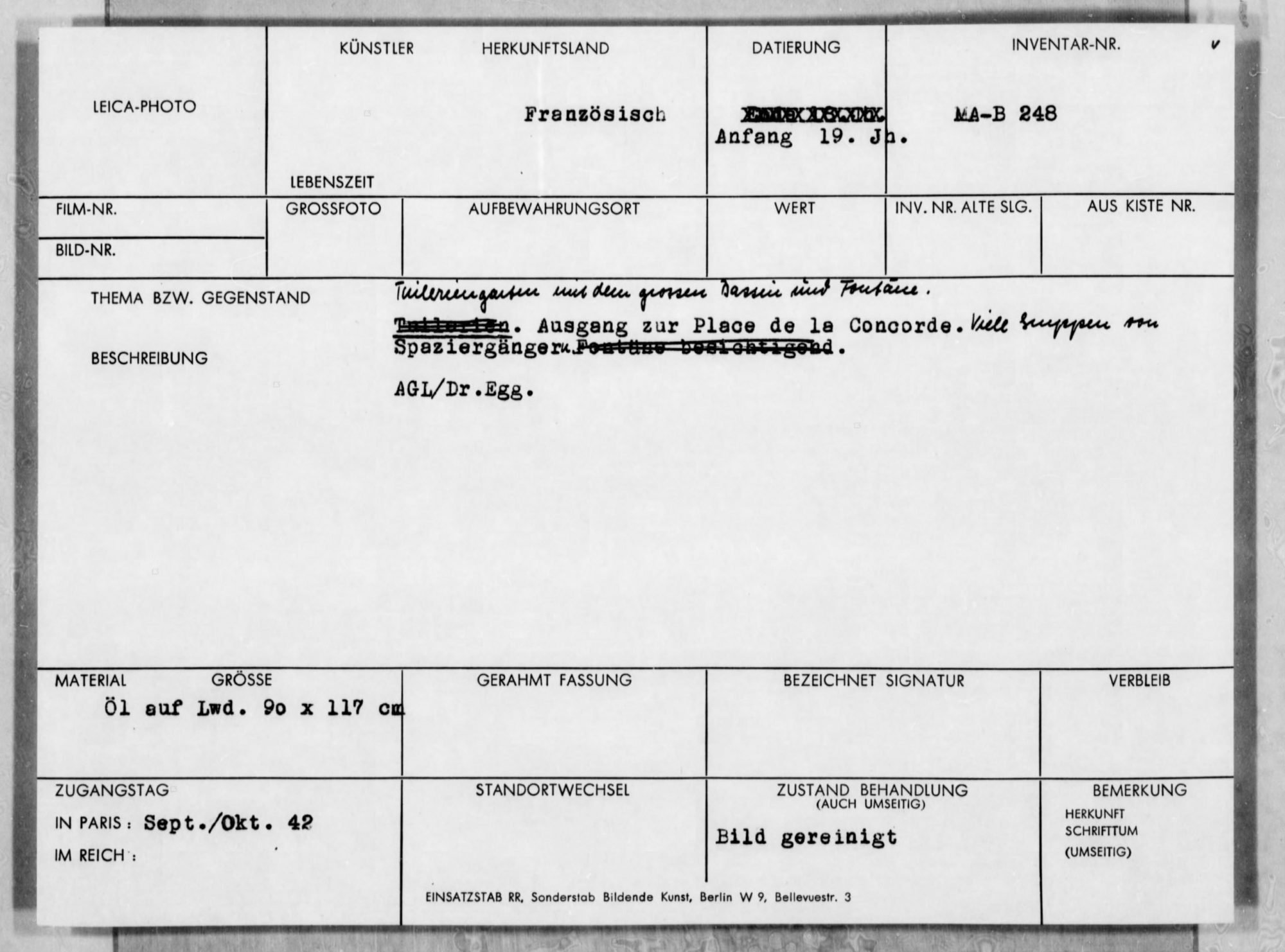 The records HAI uncovered provided the claimant’s attorneys with the documentation they needed to further pursue the return of the painting to the original owner’s descendants.  After several years of litigation, the painting was finally returned to its rightful owners.