When a Fortune 100 company was faced with natural resource damage and liability claims related to past operations along a heavily industrialized waterway, their outside legal counsel engaged HAI to undertake a comprehensive investigation to identify potentially responsible parties (PRPs) and assess their financial ability to contribute to cleanup costs.

The industrial development and channelization of the waterway in the early 1930s had led to a myriad of manufacturers and industries operating in close proximity.  From these historic operations, an alphabet soup of chemical contaminants, including trichloroethylene (TCE), methyl tert-butly ether (MTBE), polychlorinated biphenyls (PCBs), and polycyclic aromatic hydrocarbons (PAHs), had entered the waterway eventually requiring a decades-long remediation effort.  There were also allegations of sediment being dispersed between the various channels and slips as the U.S. Army Corps of Engineers had repeatedly dredged the waterway between the 1930s and 1960s.

The HAI team conducted extensive research in multiple local, state, and federal repositories focusing on historical operations in the watershed.  The team tracked hundreds of known operators and site occupants, detailed their individual historical operations and processes, cataloged potential releases and contaminant pathways, and confirmed potential government involvement.  Among the dispositive documents located, in a long forgotten archive collection, were an extensive collection of 1950s-era pollution surveys and nuisance complaints. The team also collected hundreds of dredging permits and associated maps issued by the War Department.  Additional information, such as Moody’s directories and state corporate filings, helped identify corporate successors and potential viability of each of the numerous PRPs. 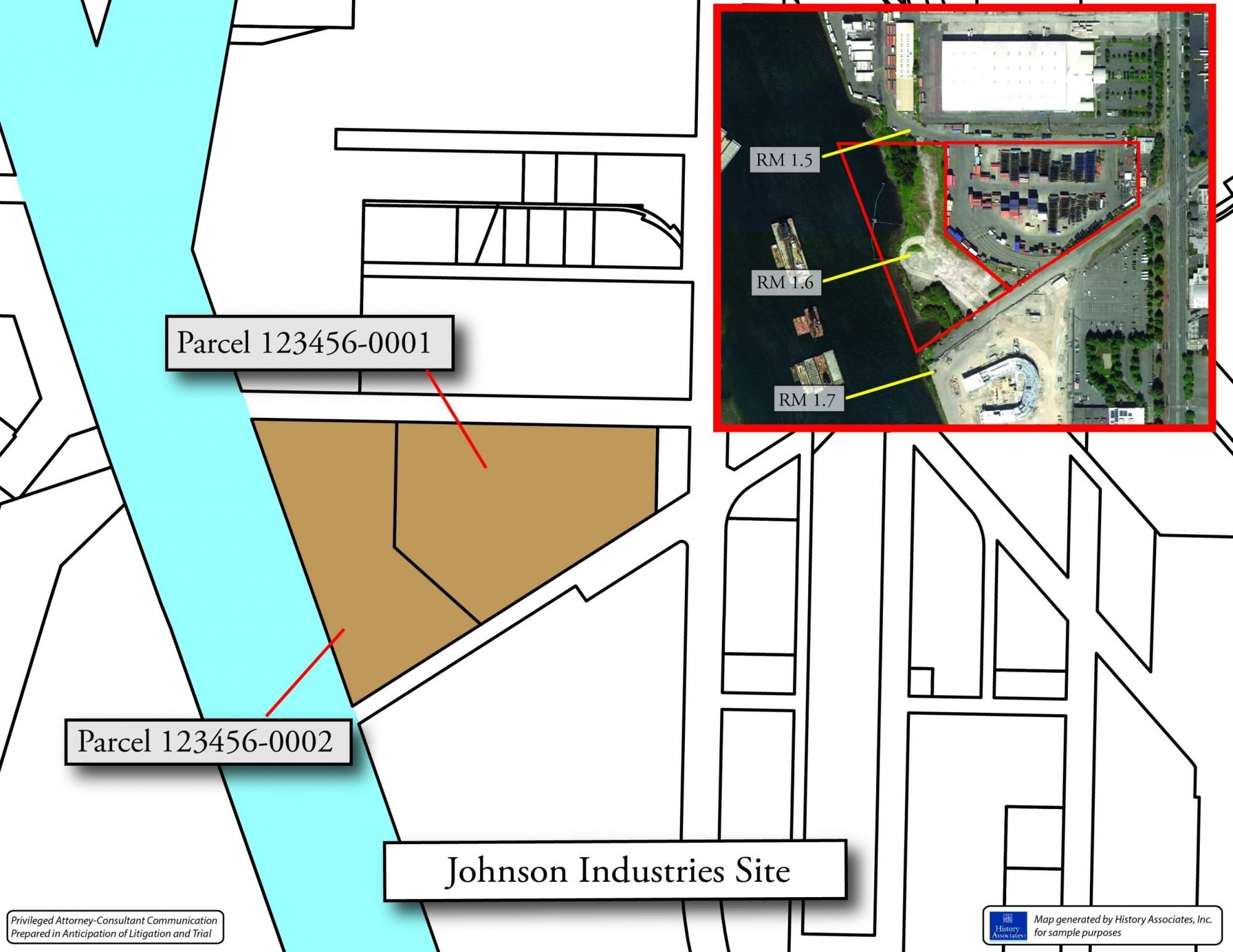 HAI ultimately produced a nexus package of approximately thirty respondent fact sheets.  The fact sheets included hyperlinks to relevant document tranches. Each fact sheet included detailed information on past owners and occupants, the nature of operations on-site over time, volumetric  information on historical releases, and even the impact of weather events such as floods. Also captured was detailed information on the financial assets of each PRP drawn by the HAI team from financial and business directories, internet research, and other open source documents to assess financial viability.  The fact sheets were ultimately utilized by counsel in mediation and settlement negotiations and led to the successful adjudication of the natural resource damages claim.