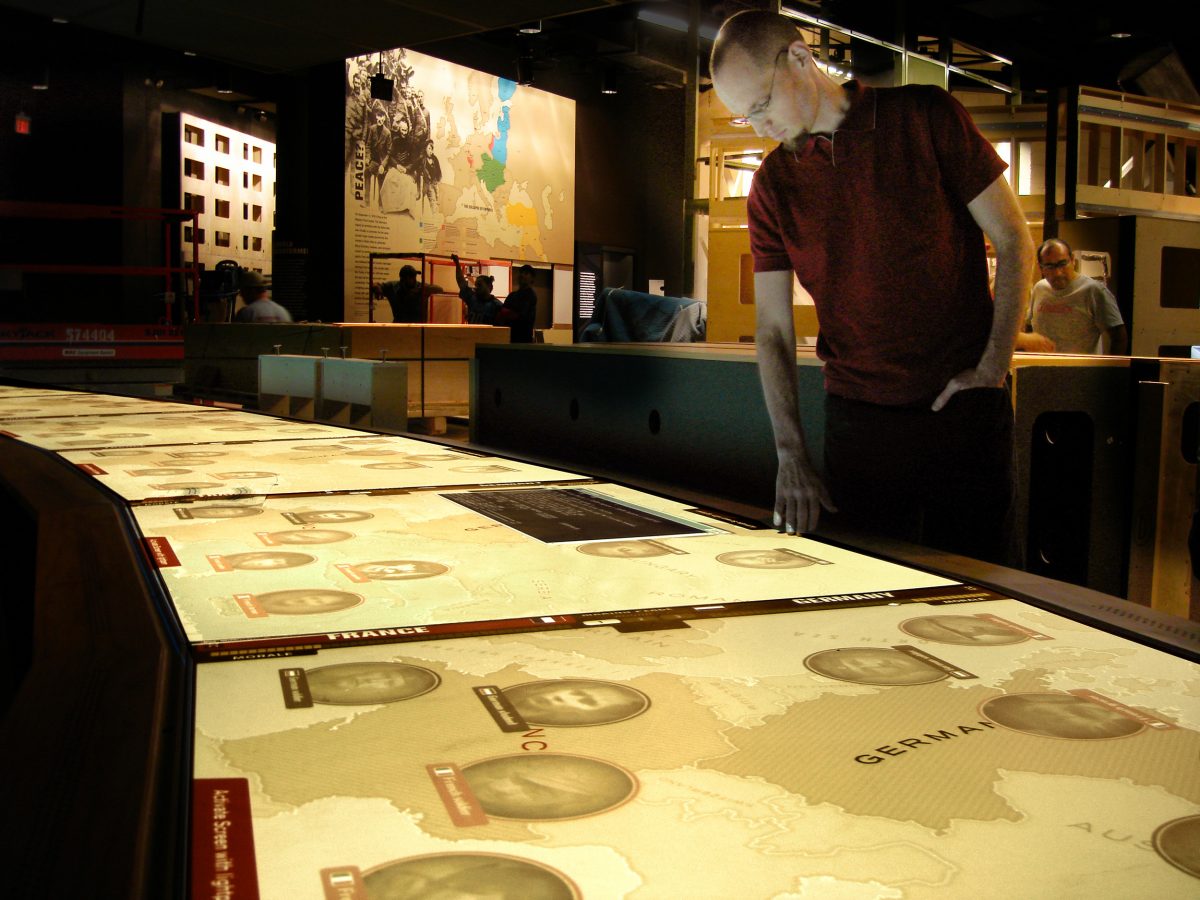 How can historical research and writing strengthen an interactive exhibit?

Created to commemorate American service during the 20th century’s first great conflict, the National World War I Museum chose to bring this often-forgotten war to life using richly layered digital experiences. The museum turned to award-winning multimedia studio Second Story to develop a series of interactives that would appeal to a new generation of visitors. Second Story would design and build the interactives, but in order to ensure an engaging and historically accurate experience, hired HAI to develop the underlying content.

“Judge Kelly Goto found the depth of immersion impressive, as well as the level of research and presentation of complex materials.“

-HOW Magazine, on the National World War I Museum Interactive Tables

Developing an Experience that Educates and Entertains

One of the museum’s key attractions is a pair of large-scale interactive tables that tell the story of the First World War while also inviting visitors to engage in thought-provoking educational activities on their own or in groups. HAI conducted in-depth historical research to support an experience that asks visitors to assume the role of a Great Power, exploring how diplomacy, military tactics, technological advancements, propaganda, and domestic politics helped shape the outcome of the war.

In addition to the interactive tables, HAI researched and wrote exhibit content for a series of interactive battle maps that allow visitors to learn more about the most significant events of the war.

The National World War I Museum interactive tables received an interactive design award from HOW Magazine. The write-up for the award states that the interactives “help personalize the war and make sense of complex historical events. Visitors can also watch battles unfold on two interactive video screens, which break down the intricacies of trench warfare and put each conflict in context. Judge Kelly Goto found the depth of immersion impressive, as well as the level of research and presentation of complex materials.”