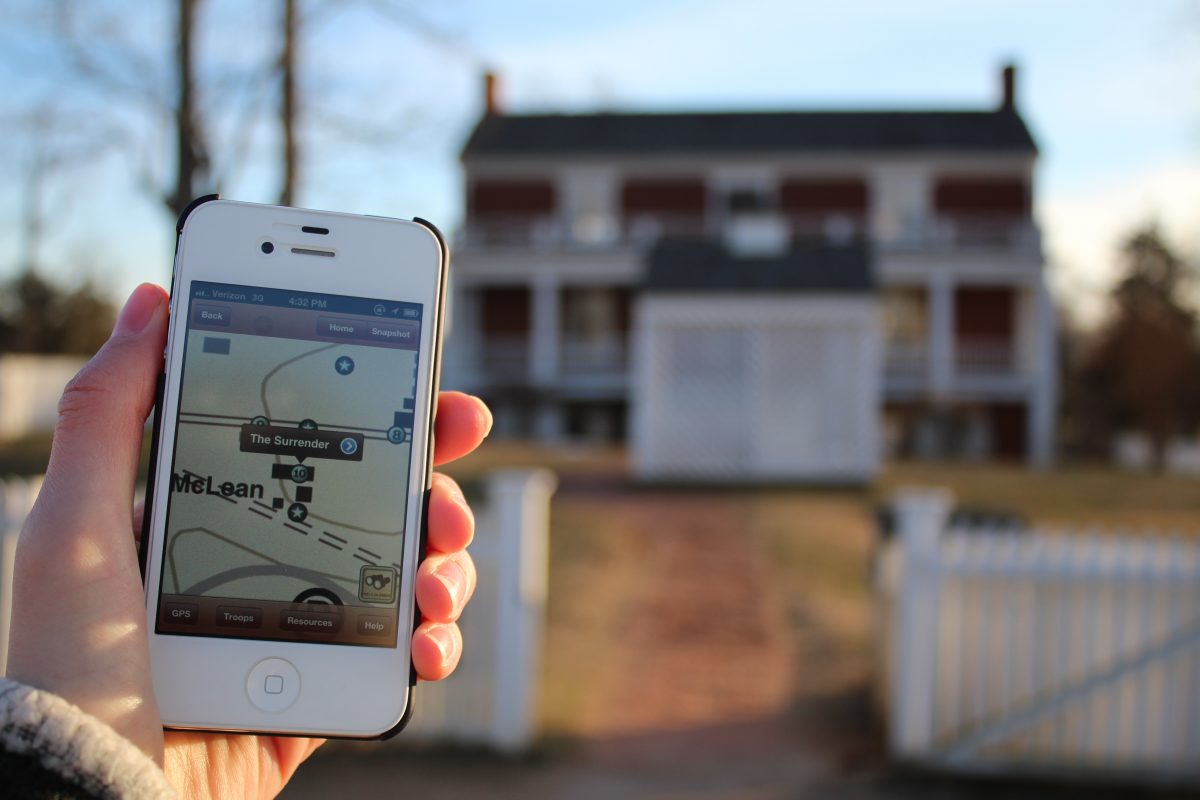 How do you bring history to life on a sprawling battlefield? 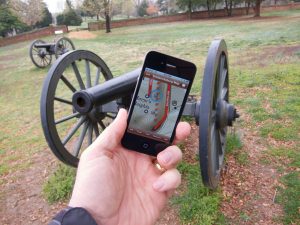 To fulfill its mission of preserving battlefields and raising awareness of their historic significance, the American Battlefield Trust is constantly looking for new ways to engage the public. How do you provide a meaningful, educational experience at sites where points of interest are spread out over miles of battlefield? How do you convey the importance of a location such as an open field where no historic structure or monument stands?

In early 2010, the Trust got to work on a solution—a series of GPS-enabled smartphone apps that take visitors on self-guided tours of battlefields. These “Battle Apps” would allow visitors to find and learn about significant locations on the battlefield. To make the historical significance of those sites come alive for visitors, the Trust envisioned a rich media experience that would include historical photographs, video clips of experts, and first-hand accounts recorded as audio clips.

Creating a Virtual Portal to the Past

For the apps to succeed, not only did the content need to be historically accurate, it also had to be enlightening, informative, and engaging. Because of the firm’s depth of knowledge and resources, the Trust chose to collaborate with HAI to develop the historical content for the first two Battle Apps.

The first apps would focus on the Civil War Battles of Gettysburg and Fredericksburg. Our historians began each project by reviewing the events of the battle in these areas and collaborating with Trust and Park officials to identify significant tour stops. These stops were set up in the app as “Virtual Signs” that would be layered with supporting information that could be explored as the user chose. In addition to these Virtual Signs, historians identified many additional points of interest to be highlighted throughout the battlefield.

We then set out to research and build a multimedia narrative. For each app, our team consulted an array of primary and secondary sources to create a script. We researched historical documents, located images of the battle, and identified compelling first-hand accounts. We also compiled a “learn more” section that included little-known facts and additional imagery, plus an “additional resources” section with biographies, battle maps, orders of battle, and even treasure hunts. Finally, the team conducted beta tests to ensure functionality and usability.

“The Battle Apps represent “ground-breaking integration of GPS and iPhone technology to change the way we understand these battles.”

Released in 2010 and 2011, the first Battle Apps received high praise from users. “The historical research is solid and easy to read and reread at your leisure. Great videos, images, and design,” noted one reviewer. “Along with the Gettysburg Battlefield app, the Fredericksburg Battle app represents ground-breaking integration of GPS and iPhone technology to change the way we understand these battles,” said another.

The Trust has since turned to HAI to develop content for subsequent Battle Apps for Cedar Creek, Petersburg, Second Manassas, Antietam, Appomattox, Overland Campaign, Brandy Station, and Richmond. These apps are designed for use on Apple’s iOS platform (iPhone, iPod Touch, and iPad) and Android devices.

For more information about the content, use, and availability of GPS-enabled American Battlefield Trust Battle Apps, please visit www.battlefields.org/visit/mobile-apps.