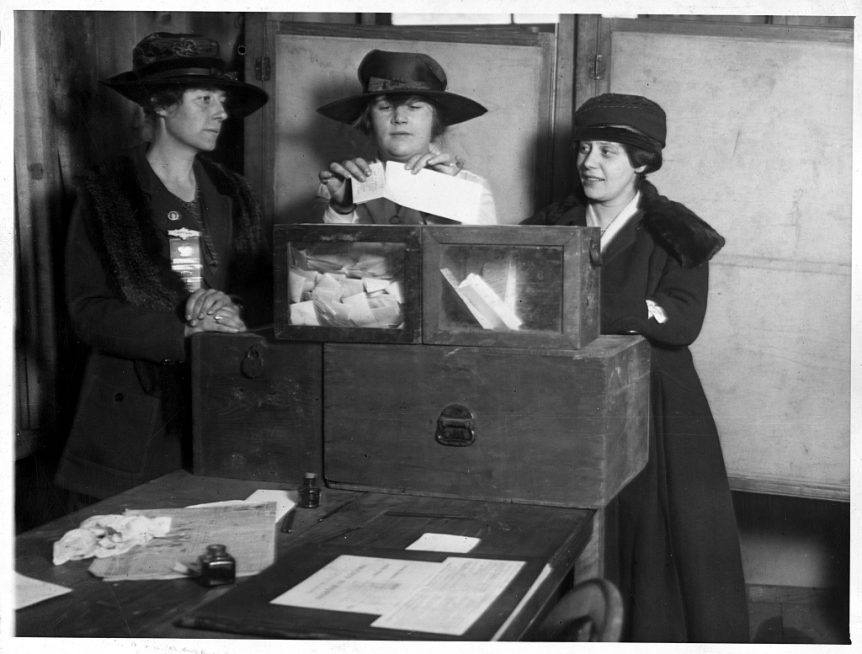 One hundred years ago today, the Tennessee General Assembly voted to ratify the 19th Amendment, becoming the 36th state to do so and the last required to make the amendment the law of the land. 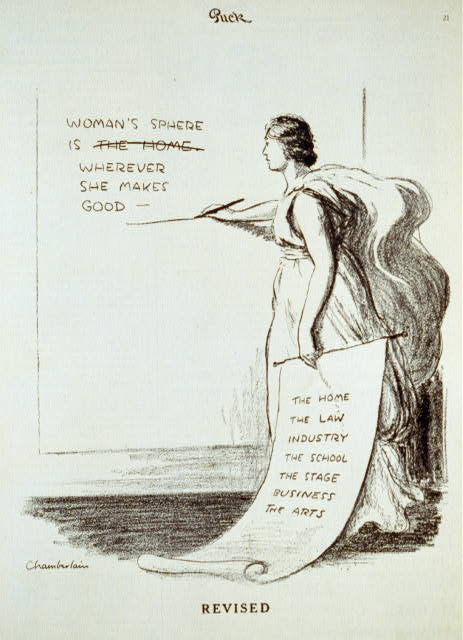 This 1917 cartoon puts the fight for suffrage in the context of a larger effort to overcome the notion that a woman’s sphere of influence was and should be exclusively the home. Source: Library of Congress

By August 18, 1920, the amendment was a long time coming. From the earliest days of the republic, when Abigail Adams urged her husband to “remember the ladies,” to the first women’s rights convention in 1848, to the initial introduction of a national women’s suffrage amendment in 1867, women had long fought for greater political representation. They struggled against deeply entrenched norms, roles, and expectations, exemplified in the 1911 statement of a California state senator:

The mother’s influence is needed in the home. She can do little good by gadding the streets and neglecting her children. . . . The mothers of this country can shape the destinies of the nation by keeping in their places and attending to those duties that God Almighty intended for them. The kindly, gentle influence of the mother in the home and the dignified influence of the teacher in the school will far outweigh all the influence of all the mannish female politicians on earth.

In a speech celebrating the ratification of the amendment, Carrie Chapman Catt, one of the movement’s leaders, encouraged women to remember that the right to vote had not come easily, and urged them not to take it for granted: “Women have suffered agony of soul which you can never comprehend, that you and your daughters might inherit political freedom. That vote has been costly. Prize it!”

Alice Paul, Chairman of the National Women’s Party (NWP), sewed a star on a flag every time a state ratified the 19th Amendment. On August 18, 1920, she unfurled that flag at NWP headquarters in a declaration of victory. Source: Library of Congress

Even after decades of activism, the ratification of the amendment that August was far from a foregone conclusion. After it passed Congress in June 1919, suffrage leaders closely monitored the situation in each state, eager to reach the three-fourths threshold required to make the amendment the law of the land. On July 24, 1919, Georgia became the first state to vote against it, followed by rejections in Alabama, South Carolina, Virginia, and Maryland. Finally, in March 1920, Washington became the 35th state to ratify the amendment—the hunt for the 36th and final state was on. 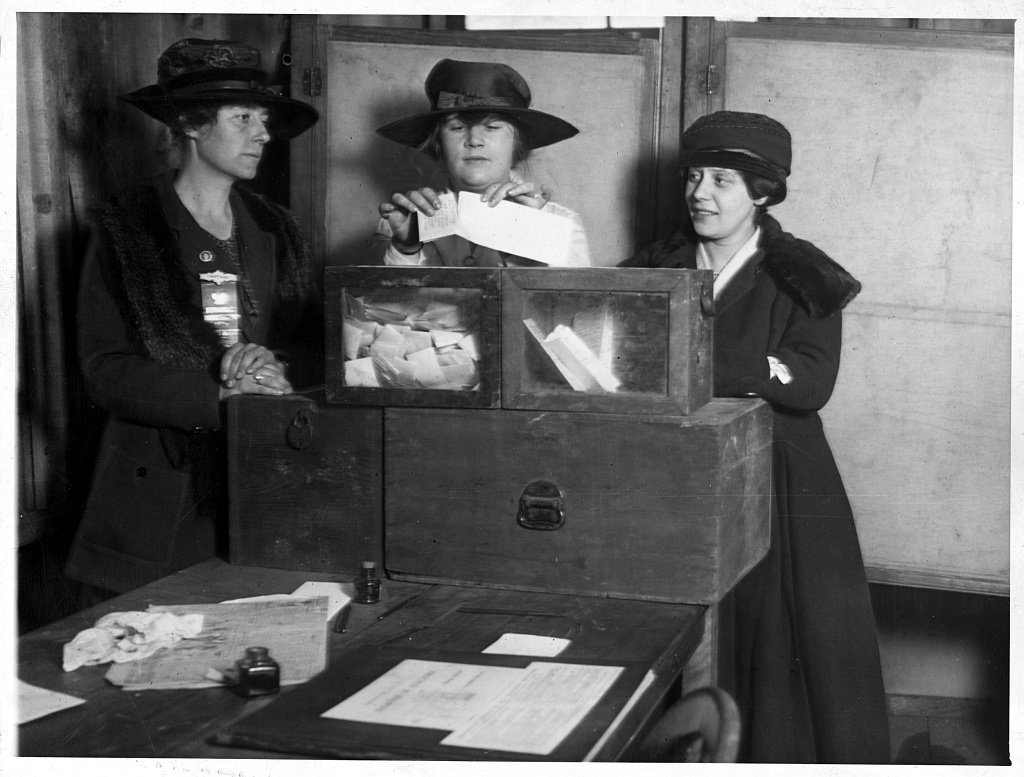 Women at the ballot box in New York City. While suffrage was a major milestone, the fight for gender equality lives on today, in the form of the Me Too Movement, the struggle for equal pay, and the battle over the ratification of the Equal Rights Amendment, to name just a few. Source: Library of Congress

At last, victory seemed achievable, but state legislatures in Mississippi and Delaware dealt a blow to the amendment when they voted against it. By the summer of 1920, it became clear that a critical fight would play out in Tennessee. Pro- and anti-suffrage activists flocked to the state, beginning an intense campaign to try and sway state representatives. Women representing both positions set up camp at Nashville’s Hermitage Hotel, turning the hotel’s lobby into a bustling, frenetic scene where yellow rose sporting “Suffs” and red rose wearing “Antis” attempted to win over local politicians and officials.

Their furious efforts resulted in a deadlock. The amendment passed the Tennessee State Senate, but the House of Representatives seemed to be locked in a 48-to-48 tie. But then, during the final roll call, a 24-year-old representative named Harry Burn had a change of heart. Burn, who seemed prepared to vote against the amendment, had received a note from his mother, Phoebe Ensminger “Febb” Burn. “Hurrah, and vote for suffrage! Don’t keep them in doubt,” she wrote. “Don’t forget to be a good boy and help Mrs. Catt.” Burn voted “aye” and the amendment passed. The suffrage movement had finally achieved its hard-fought goal. 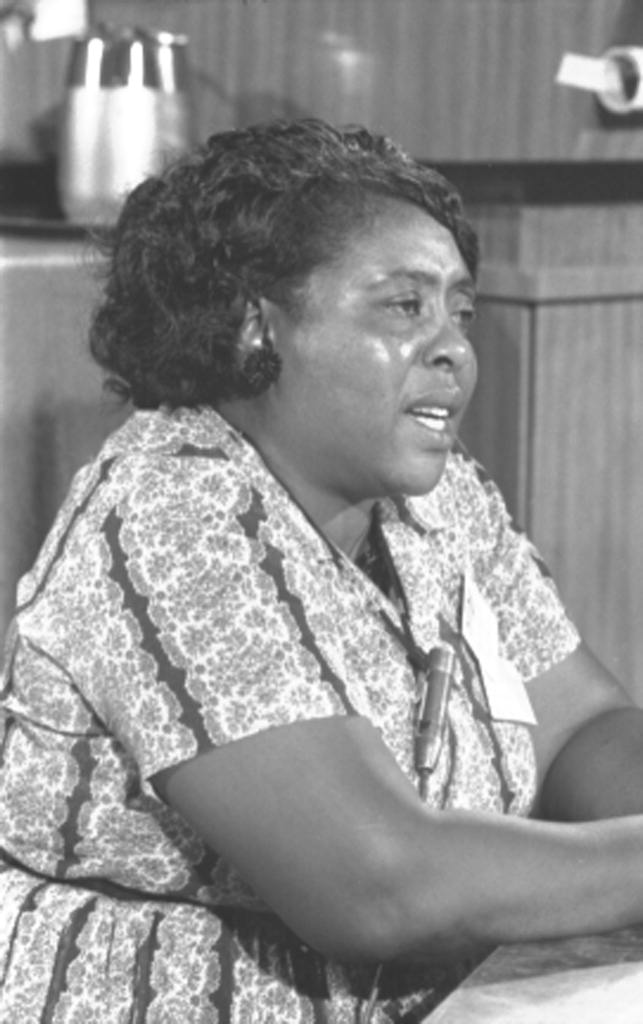 Fannie Lou Hamer was instrumental in the Black voting rights campaign of the 1960s. She was repeatedly beaten and jailed for her activism. Source: Library of Congress

Yet, the ratification of the 19th Amendment did not mean that all eligible American citizens could now make their voices heard at the ballot box. Native Americans were not citizens under the law until 1924 and had to fight for the right to vote on a state-by-state basis. It wasn’t until 1962 that Native Americans finally were guaranteed suffrage in every state in the nation. And blatantly racist practices—from Ku Klux Klan terrorism to discriminatory poll taxes and impossibly difficult voter registration tests—prevented Black Americans from exercising their right to vote for decades after the passage of both the 14th and 19th Amendments. The Voting Rights Act of 1965 is widely recognized as the milestone that changed the tides for Black citizens, although barriers to voting remain today.

In fact, many of the suffragists who fought for the 19th Amendment are implicated in our country’s long history of racism, discrimination, and oppression. In the early years, the anti-slavery movement and women’s suffrage movements were largely united. After the Civil War, however, supporting slavery’s abolition did not necessarily translate to supporting Black enfranchisement. A deep rift formed between activists who pushed for universal suffrage and those for white women’s suffrage. This rift was exacerbated in 1870, when the 15th Amendment extended the right to vote (under the law, but not in practice) to Black male citizens, but not to any women. Some white suffrage activists continued to fight for civil rights and against racism, but many of them prioritized equality and political representation for white women. And in Tennessee, activists on both sides of the suffrage fight used blatantly racist rhetoric to try and influence the vote. The anti-suffrage camp argued that because the 19th Amendment would grant Black women the right to vote, it would threaten segregationist Jim Crow laws across the South. Advocates for suffrage made the equally racist argument that white women would counteract the Black vote, and thus should be welcomed to the polls. 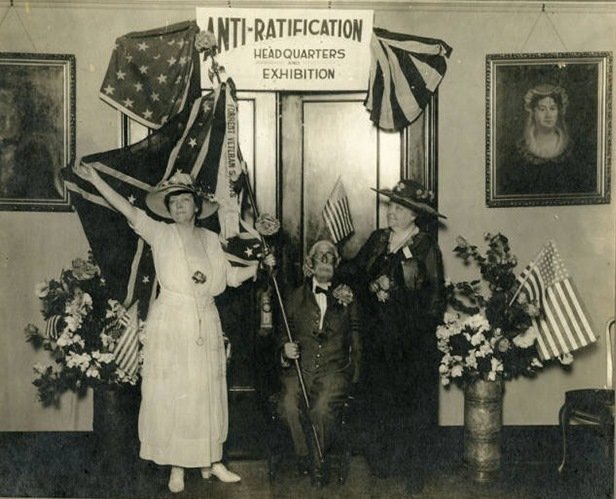 At the Hermitage Hotel, anti-suffrage activists staged an exhibit that celebrated the Confederacy, its legacy of oppression and segregation, and stoked racist fears about the expansion of Black suffrage. Here, Josephine Pearson and Nina Pinckard pose with a Confederate veteran and the Confederate flag. Source: National Park Service

So while we celebrate the monumental achievement of the women’s suffrage movement one hundred years ago today, it is equally critical to acknowledge that progress for one group does not signify progress for all. We’re still staggering towards the more perfect union that we envisioned for ourselves at the beginning.