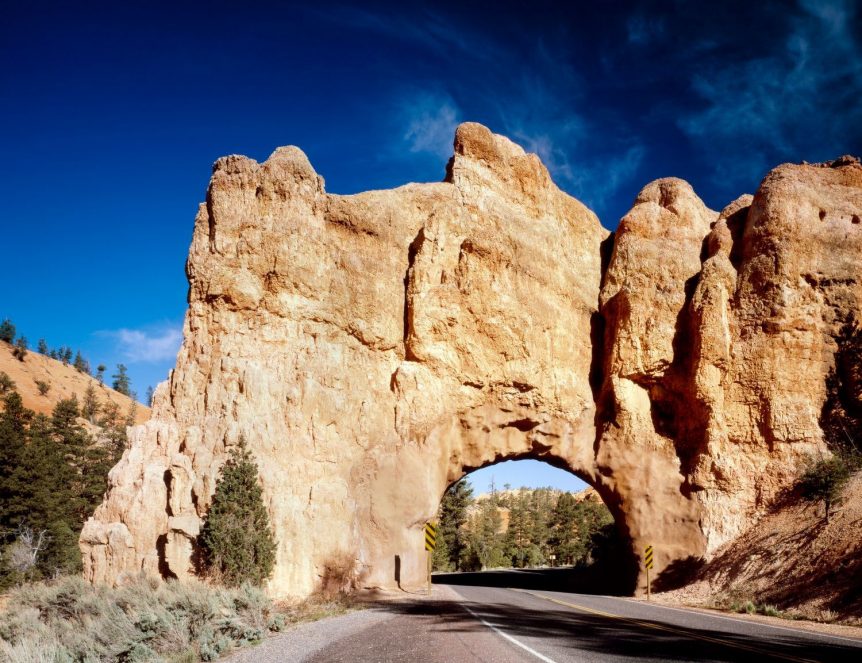 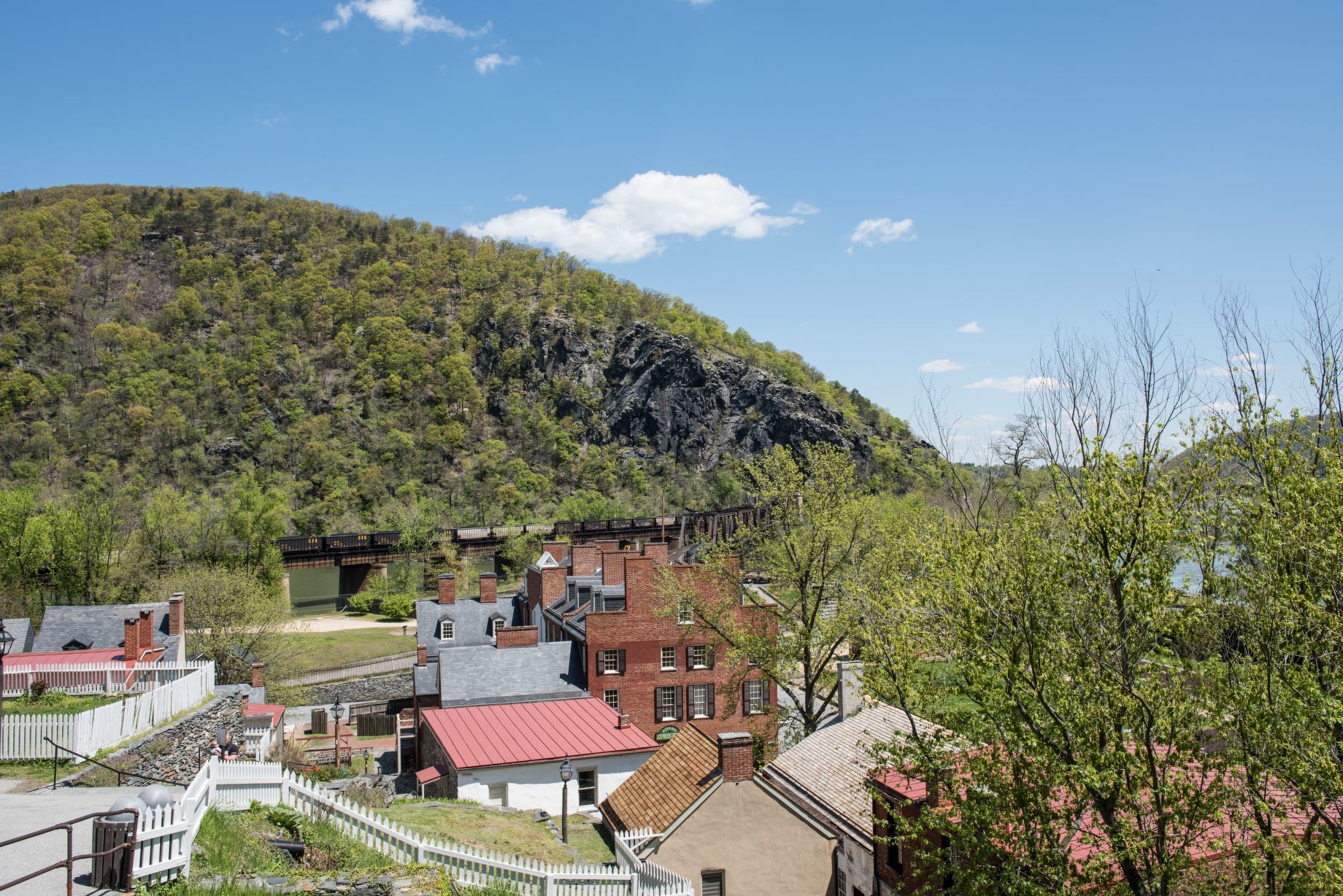 In Harpers Ferry National Historical Park, the NPS is responsible for maintaining most of the historic buildings pictured, as well as the vegetation, hiking trails, and artifacts on Maryland Heights in the background. Source: Library of Congress

Since its formation in 1916, the National Park Service has managed an ever-growing number of resources, from small historic sites to vast stretches of wilderness. From Fredrick Douglass’s home at Fredrick Douglass National Historic Site in Washington, DC to the towering forests of Sequoia and Kings Canyon National Park in California, these sites offer opportunities for recreation, relaxation, and education, and collectively hosted over 318 million visitors in 2018. However, while annual visitation and the number of sites under the NPS has increased, the level of funding provided by Congress has not kept pace, forcing the NPS to make decisions about which projects to prioritize. This has led to a nearly $12 billion backlog in deferred maintenance, seriously impacting public access to sections of these public lands. The Great American Outdoors Act, passed by Congress, represents a promising first step to address this issue.

Deferred maintenance is defined by the NPS as repairs that are “postponed for more than a year due to budget constraints.” For visitors, this means closed buildings and trails, potholes on roads, and damage to historic structures. As noted, the issue is funding. Budget allocations to the NPS have historically not been adequate to cover all maintenance tasks. Compounding this issue is the fact that budget cuts have forced staff reductions at the agency even as the number of park units managed by the NPS has grown. As of 2020, the agency only had around 20,000 full-time, part-time, seasonal, and temporary employees spread out across the United States, less than the combined staff at Disney World. While over 279,000 volunteers contribute their time to the NPS, that does not make up for the staffing shortfalls. 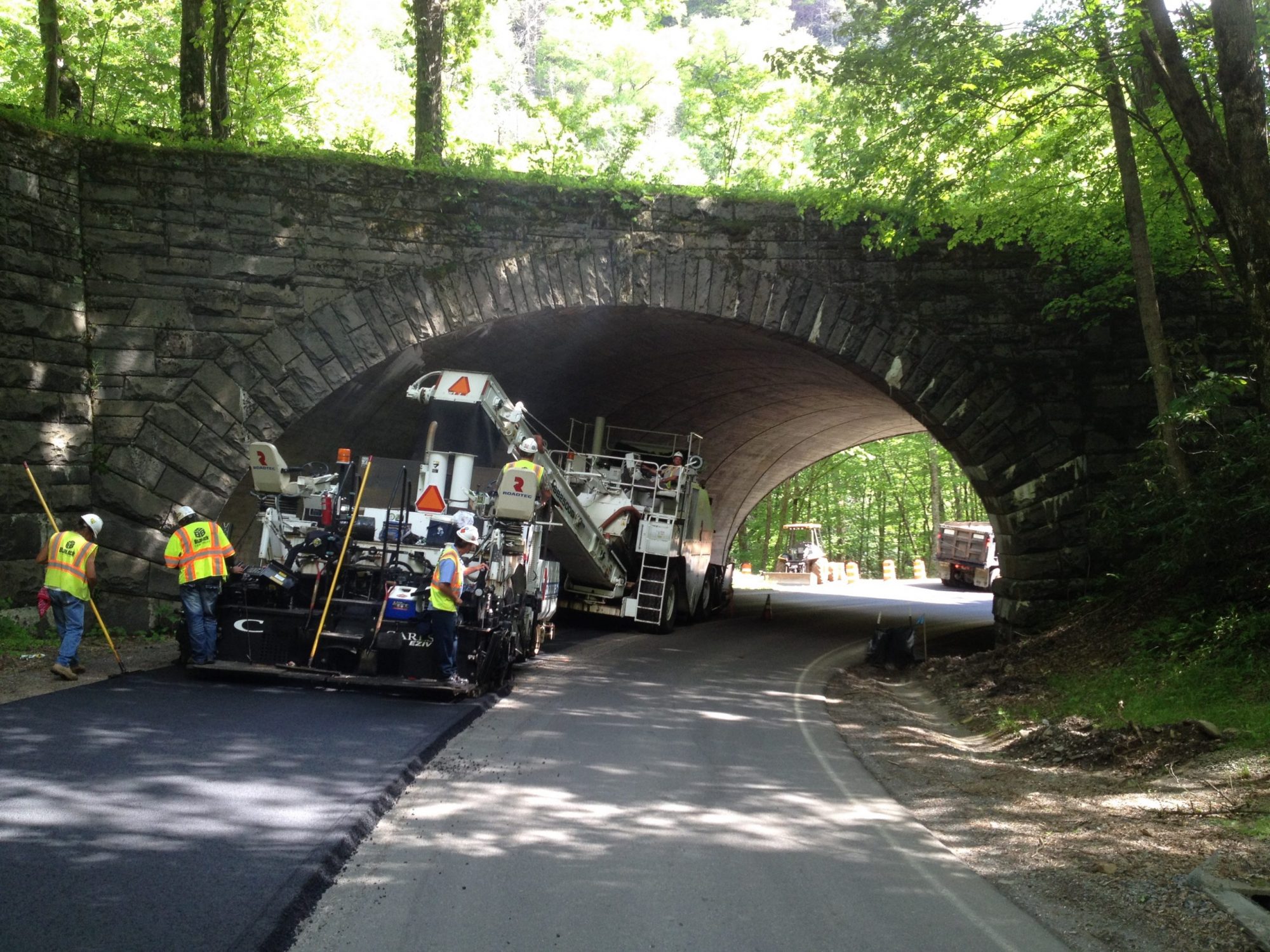 To make up for these funding shortages, the NPS has had to rely on funds from various cooperating associations, the nonprofit National Park Foundation, and major donations from wealthy benefactors. Often times, however, NPS is simply forced to postpone the work. Beyond impacting the physical condition of the parks themselves, deferred maintenance can have serious consequences. Visitors who encounter shuttered facilities may be less likely to return to the parks, putting at risk the economies of nearby communities that rely on the visitor dollars that the parks attract. Historic structures, such as the Lockwood House in Harpers Ferry National Historical Park, and other cultural resources that do not receive required maintenance could end up irreparably harmed. Damaged infrastructure can also make it harder for visitors with disabilities to fully enjoy these locations.

The Great American Outdoors Act seeks to fix this by establishing the National Parks and Public Land Legacy Restoration Fund, which will provide dedicated support to maintenance projects for federal land agencies. The majority of this funding will go to the NPS and will come from revenues from energy development on federal land, including both renewables and fossil fuels. It is estimated that between Fiscal Year 2021 and Fiscal Year 2025, the NPS will receive around $6.5 billion from this fund, which, according to advocacy groups, will allow the NPS to tackle many but not all the maintenance projects in its backlog. While the amount that would go to each park unit is not stated, the bill does mandate that funds can only be used on deferred maintenance projects. Funds are not to be used on land acquisition, employee bonuses, or on reoccurring facility operations costs. The bill also fully funds the Land and Water Conservation Fund, which provides grants to federal agencies, state governments, and local governments to acquire, develop, and redevelop public lands in support of both preservation and recreation. 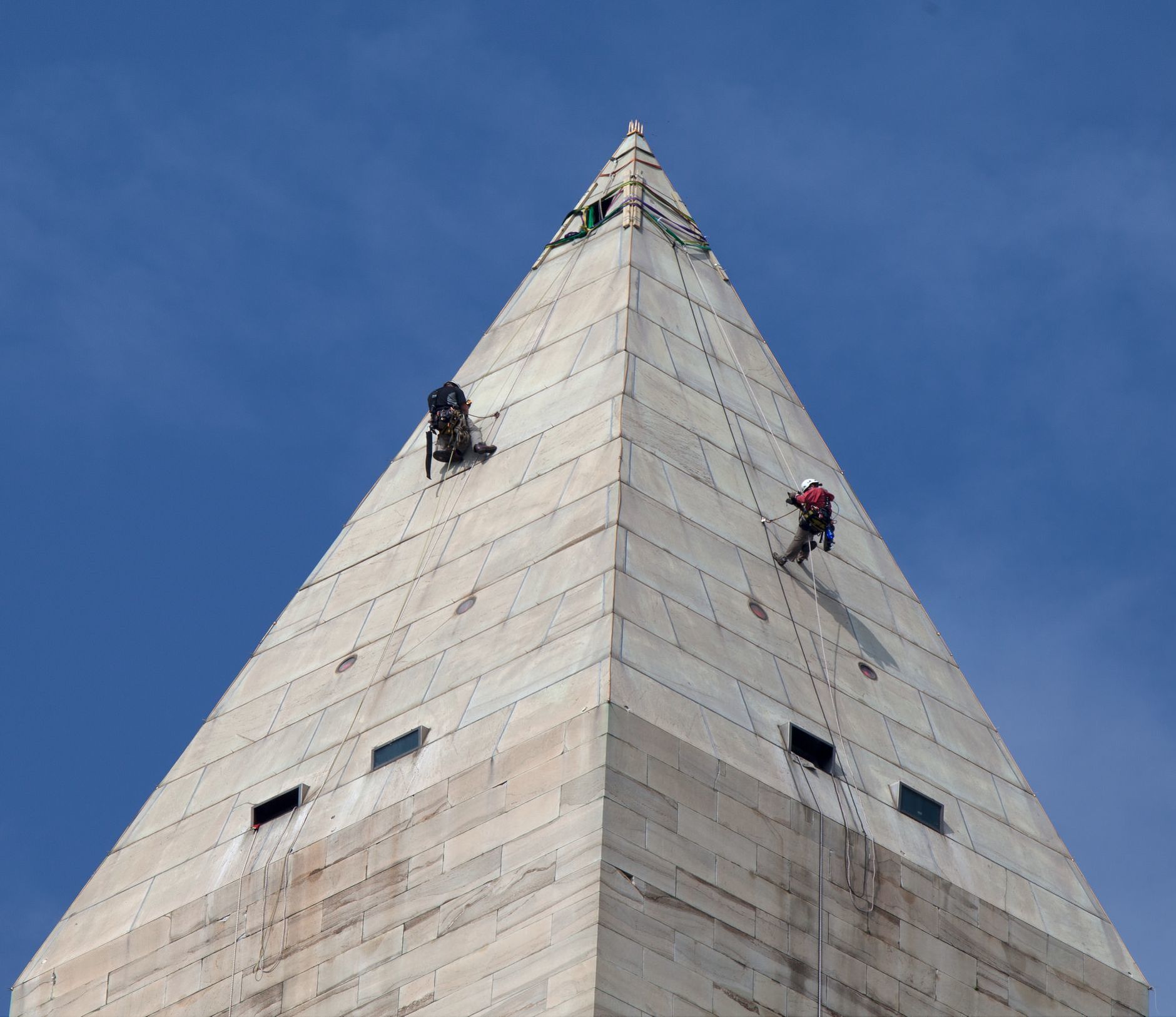 Climbers inspect the Washington Monument after a damaging earthquake. A donation from philanthropist David M. Rubenstein provided half of the funding needed to repair the monument. Source: Library of Congress

The act has been hailed as a breakthrough by organizations like the National Parks Conservation Association, the Pew Charitable Trusts, and the Chesapeake Conservancy, and has attracted overwhelming bipartisan support in Congress. However, it does have critics. Given the threat posed by climate change to the National Parks, some environmentalists have criticized the bill for relying on profits from fossil fuel extraction. Others have noted that, as the prices of coal and oil continue to decrease, renewable energy might not be able to yield the same profits for the fund that fossil fuels currently do. Some critics have criticized the bill for not providing enough oversight to ensure that the money is put to the most effective use. Advocacy groups have also pointed out that the money will not completely cover the maintenance backlog or solve the long-term issues in providing adequate funding for the National Park Service.

Ultimately, the Great American Outdoors Act stands as an encouraging first step to deal with the maintenance backlog impacting America’s public lands. By establishing a dedicated fund, Congress has laid the groundwork for the reduction of the backlog, which can serve as a blueprint for future action. In the future, Congress will need to determine how to best reduce the remaining deferred maintenance projects and ensure that the NPS has the funds and the staff it needs to tackle new issues as they arise. They will also need to determine how they will fund the National Parks and Public Land Legacy Restoration Fund post Fiscal Year 2025, while also making meaningful progress in the fight against climate change.

In the near term, the NPS will need to determine how to best allocate the funds it receives. Park units and their nonprofit partners should also consider whether maintenance projects should include new or updated interpretative content. HAI’s exhibit development work at Arlington House, Everglades National Park, and the Washington Monument was conducted as part of larger projects to repair or update existing park infrastructure. New exhibits and interpretation ensure visitors a modern, up-to-date experience, and gives them a reason to return to sites they visited in years past. Park administrators will need to determine whether these exhibit projects fall within the acceptable use of funds laid out by the act, or if the money will need to come from other sources.

Like any major piece of legislation, the full impact of the Great American Outdoors Act will not be known for years. From the mangroves of Everglades National Park to the tundra and mountains of Denali National Park, the treasures that the NPS protects are varied and vast. Conserving and ensuring public access to these resources remains a never-ending task, one that requires public support for the NPS to fulfill. Much will depend on what Congress, the NPS, and the public do next to preserve and protect America’s public lands. 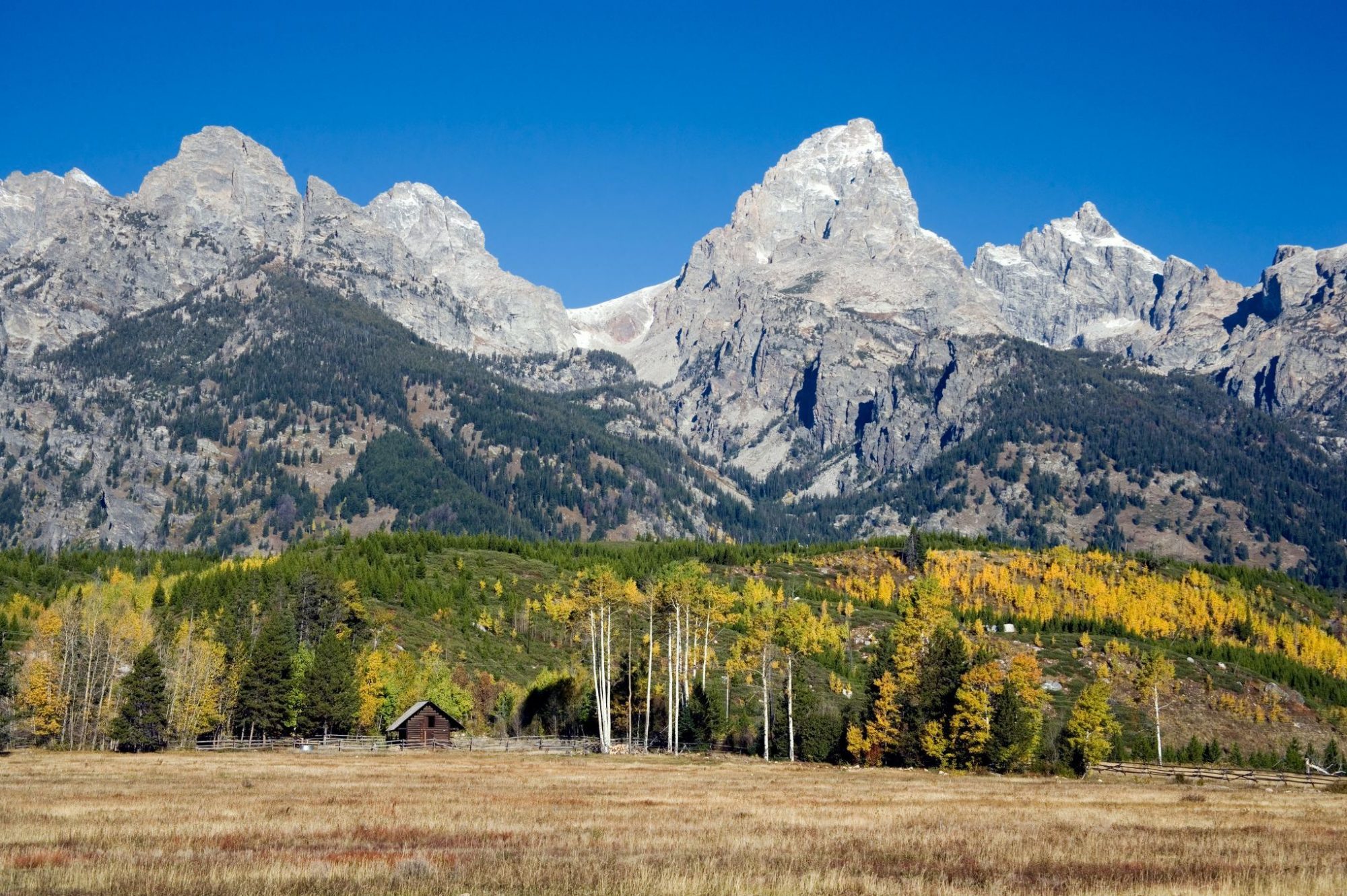 The mountains, forests, and small structures in this section of Grand Tetons National Park highlight the vast diversity of resources found within the National Park system. Conserving these resources falls on the NPS, its advocates, Congress, and the American people. Credit: Library of Congress

Confrontation with the Past: The Legacy of American Indian Boarding Schools in the United States
Chronicling Health and History: HAI’s Decades-Long Collaboration with the NIH
Lean In and Let Go: Creative Team Building in Small Museums
The Capitol Has Fallen! When the British Burned the Capitol Building