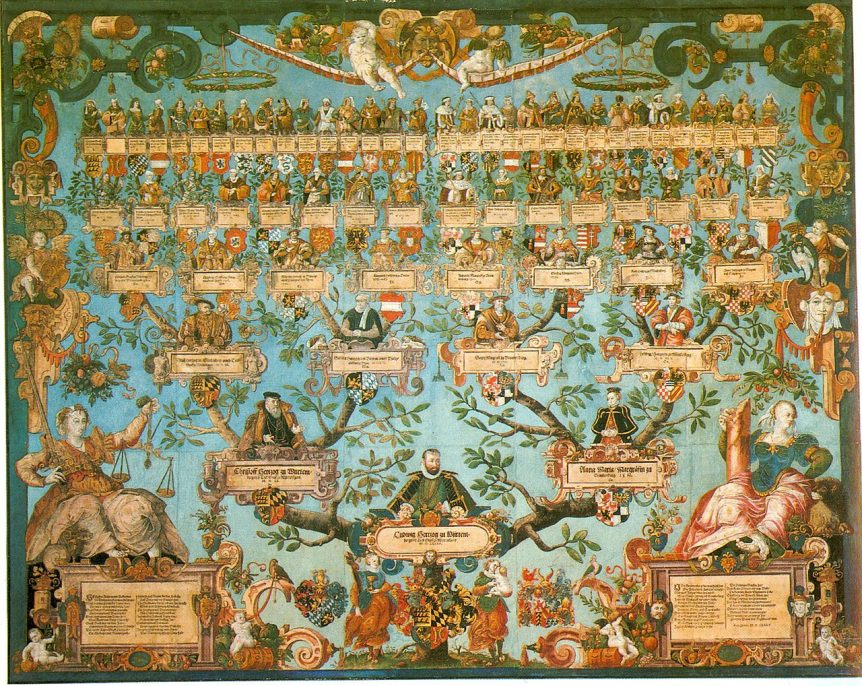 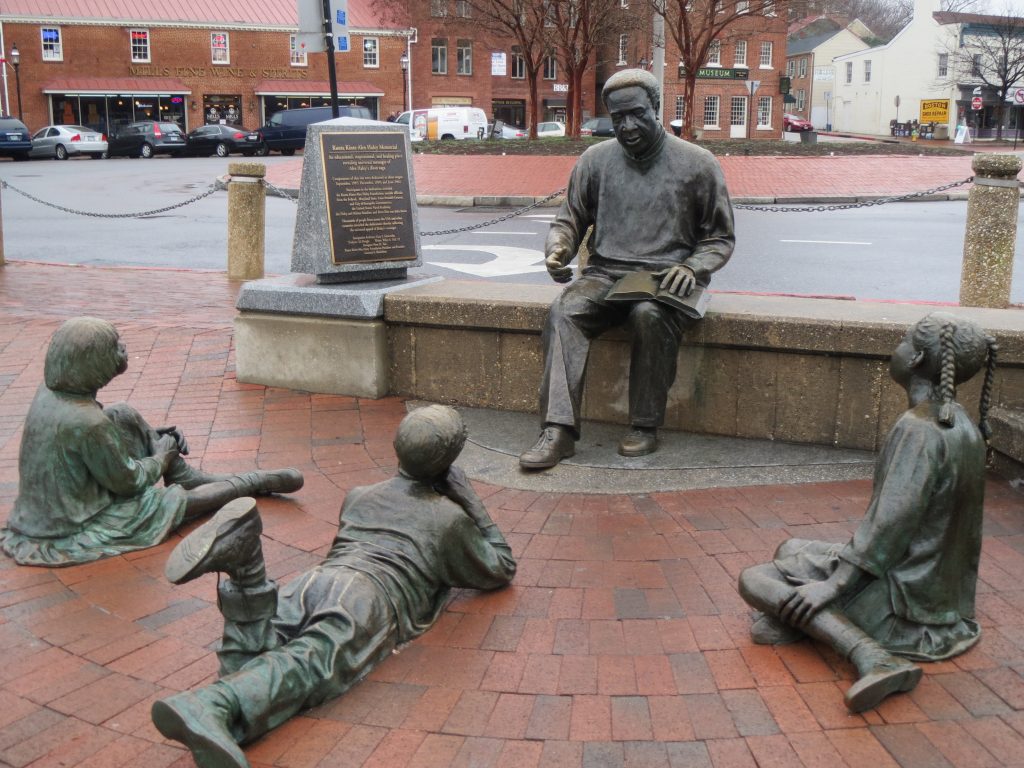 When Roots: The Saga of an American Family, based on the novel by Alex Haley, aired over eight nights in January 1977, it captivated millions, ignited important conversations about race, and transformed genealogical research. The miniseries—a fictionalized account of Haley’s ancestry, tracing his family from enslavement in the 1760s through liberation in the 1860s—sparked in many viewers a desire to learn more about their own roots. Largely a personal passion and pastime, genealogy has not always been considered professional or academic—but it has been intertwined into every branch of historical study.

Genealogy can be found in every corner of history. Family lines are recorded in Bible passages and names were forever changed on Ellis Island. The convoluted family tree of European royalty is confusing but necessary for understanding events in world history. Even the philosopher Confucius’s genealogy is still being recorded to this day, 940 years after it was first printed.

Traditionally, ancestry was taught orally and handed down through generations. Because names and relations had to be taught and memorized, the ability to recite family history was considered an honor. In medieval Britain, bards not only sang for crowds but became heralds—authorities on noble genealogy. At the time, only the noble and royal classes traced their family lines. From European rulers to Japanese emperors, and from African to Hindu kings, genealogy ensured an heir’s right to rule by connecting the family to ancient, legendary leaders or deities.

This chart is in the style of early French family trees. Do you see the resemblance to a crane’s foot?

In the 1500s, a shift began in Europe: the earliest incarnation of the genealogy we recognize today emerged. As literacy increased and record-keeping grew—due in large part to the invention of the printing press—more people began recording their ancestry. Early family trees emerged in France. Consisting of three lines that resembled the pronged foot of a crane, the charts gave rise to the word pedigree, from the French word pied de grue (crane’s foot). Over time, these three-branched lines evolved into decorative, elaborate pages of family names and ornate illustrations of trees.

Between the Middle Ages and the release of Roots, genealogy continued to develop. The 1800s saw the rise of genealogical societies and a coordinated effort to preserve historical records. The first such society in the United States, the New England Historic Genealogical Society, was founded in 1845. Throughout the century, the Church of Jesus Christ of Latter-day Saints developed the Family History Library and pioneered the collection of family history resources. Both of these developments laid a foundation for the field today. 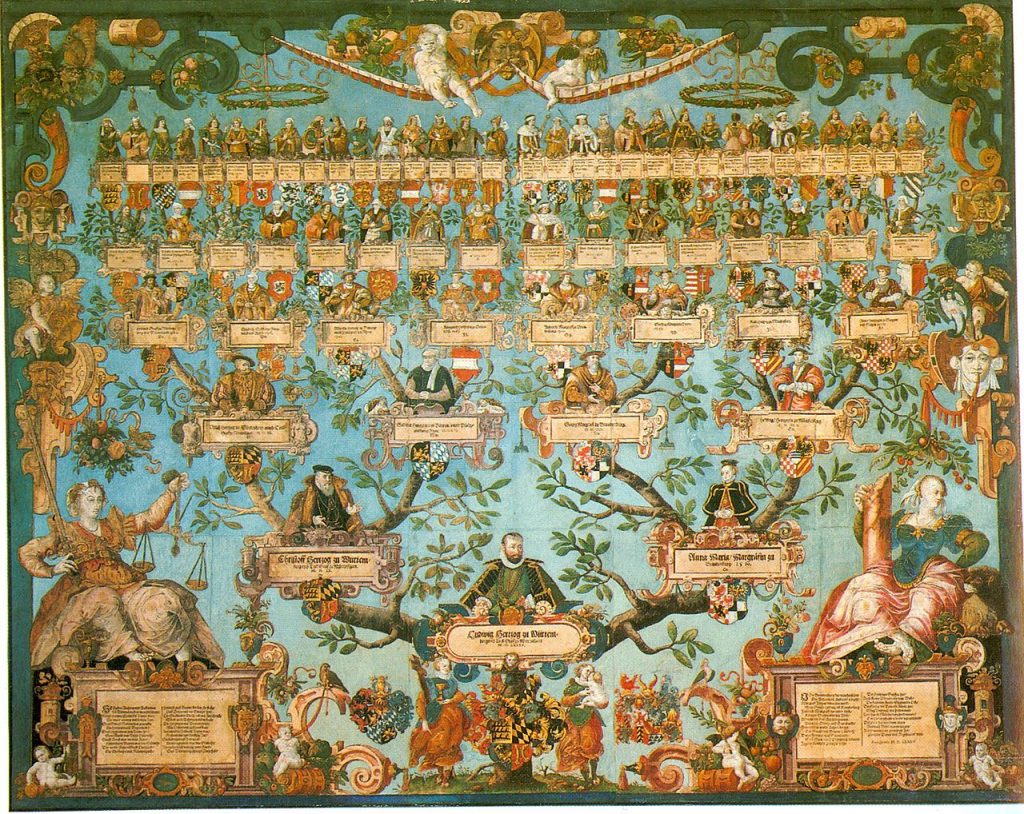 This elaborate family tree dates to 1585. It traces the ancestry of Louis III, Duke of Württemberg. Source: Wikimedia Commons

After Roots aired, the number of genealogical societies grew from 400 to over 4,000.  Mailing lists, online websites and chatrooms, and databases emerged as the internet developed. In 1996, Ancestry.com made its debut. The groundbreaking site served as a repository for digitized records and its now popular DNA test. With the television series Who Do You Think You Are, Ancestry.com brought genealogy to people’s living rooms. Genealogy has always been a core part of how we study and experience history, and it continues to be a way we connect to those who came before us.

Roots also started conversations about African ancestry. Alex Haley could model the book after his family because he had access to enough information—for many African Americans, that is not the case. The slave trade obliterated families and communities, leaving behind an incomplete historical record marred by racism and a lack of human empathy. Slavery reduced people to tally marks in a ledger. Names were changed or erased from ship logs and censuses; oral histories dissolved when families were brutally separated. Today, researchers are developing new methods and databases to address this gap in the historical record. DNA tests allow families to locate where in Africa their ancestors lived, and trace their paths to and within the United States. While many still hit a dead end, genealogy is growing and evolving so that more people will be able to find their ancestors.

I first became interested in genealogy in 2012, when my dad discovered his biological family. His lack of knowledge of who his family members were and where they came from sparked an interest to learn more. In the eight years since, I’ve conducted research on 500 years of my family history and filled requests for friends.  Genealogy has taken me from online databases to historical societies in England, and from nineteenth-century soldiers’ homes in Illinois to seventeenth-century Danish sea captains. I bring this experience to my work at HAI, where we regularly complete family history projects for our clients, researching lineage and developing family trees. Other clients come to us for corporate genealogy—we apply our research skills to understand a company’s name changes, mergers, and other important developments. Interested in learning more? Contact us to discuss your project and how we can help.

Ready to explore your own genealogy? Here are some tips and resources to get you started.