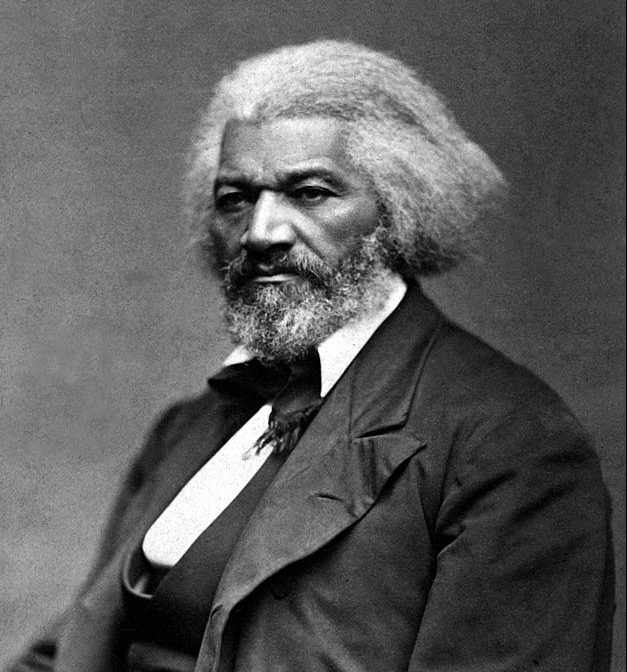 This Father’s Day, we’re honoring Frederick Douglass. Although he became a prominent national figure, the threat of slavery, racism, and white supremacy loomed large for Douglass and his family. Together, he and his wife, Anna Murray Douglass, and their children helped to inch America closer to racial justice and equity—a fight that continues today.

The exact details of how Anna Murray and Frederick Douglass first met are unclear, but Murray, born free after her formerly enslaved parents gained their freedom, was living and working in Baltimore, Maryland, when she helped her future husband escape slavery. “The story of Frederick Douglass’ hopes and aspirations and longing desire for freedom has been told—you all know it. It was a story made possible by the unswerving loyalty of Anna Murray,” their daughter Rosetta wrote in the book My Mother As I Recall Her. Source: Library of Congress

In 1839, barely a year after he escaped from slavery, Frederick Douglass became a father for the first time. In Bedford, Massachusetts, Douglass and his wife welcomed a daughter named Rosetta.

It had taken years of struggle for Douglass to reach this moment. Born enslaved in Maryland, Douglass never knew his father. Some historians speculate that it might have been his white slaveholder. That same slaveholder also separated Douglass from his mother, hiring her out to another farm twelve miles away from him. Douglass saw her only a handful of times before her death.

Despite enduring several cruel slaveholders, Douglass remained defiant. He learned to read at a young age, and, with the help of Anna Murray, liberated himself from slavery in 1838.

At the time of Rosetta’s birth, Douglass was, under the law, a fugitive. Should his former slaveholder ever find him, he could force Douglass back into slavery. Since Douglass’s wife had been born free, their children were considered free as well, but that didn’t mean they were safe. Slavecatchers in the North often kidnapped free African Americans to sell in the slaveholding states. As the family grew to include sons Lewis, Frederick Jr., Charles, and another daughter, Anne, Douglass knew that his family life was fragile.

Despite the danger inherent in public prominence, Douglass soon became of the world’s most well-known antislavery activists. Through speeches, newspaper articles, and several autobiographies, Douglass worked to expose the horrors of slavery, fight against racism, and secure voting rights for women and minorities.

Douglass’s rising star meant that he was often away from home. His wife handled the family finances, cared for the children, and provided aid for self-liberated former slaves escaping to the North on the Underground Railroad. Douglass often told his children how much he admired their mother’s management skills. As their daughter later recalled, “The little that they possessed was the outcome of the industrial and economical habits that were characteristic of my mother.” 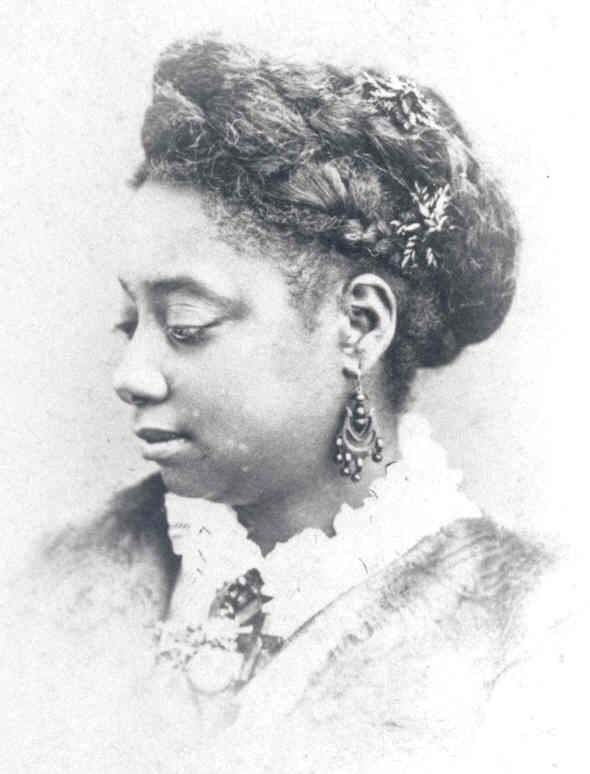 Despite his frequent absences, Douglass did his best to remain involved in his children’s lives and worked to ensure that they could receive an education. Upon learning that his children could not attend a nearby public school, Douglass hired a private tutor and began a successful lobbying effort to desegregate schools in his adopted city of Rochester, New York. His children also aided his antislavery efforts by setting the type for his newspaper, The North Star.

When Frederick Douglass published his first autobiography, the threat from slavecatchers compelled him to travel to Europe and leave his family behind. Although supporters in England eventually helped to purchase his freedom, allowing him to return to the United States, he was forced to flee again in the aftermath of John Brown’s 1859 raid on Harpers Ferry. Douglass declined to join the attempted war against slavery, but had corresponded with Brown and feared for his life. Less than a year later, his youngest daughter passed away. Douglass, who called Anne “the light and life of my house,” returned to the United States when he received the tragic news, despite the dangers.

When the Civil War broke out, Douglass and his family became actively involved in the war effort. Douglass worked to pressure the Lincoln administration to make the abolition of slavery a war aim and worked to recruit African American soldiers. “The chance is now given you to end in a day the bondage of centuries, and to rise in one bound from social degradation to the plane of common equality with all other varieties of men,” he wrote in an article encouraging enlistment. His sons, Charles and Lewis, enlisted in the 54th Massachusetts infantry.

When the war ended, the family continued their work in support of civil rights. Douglass’s sons followed in their father’s footsteps and collaborated with him on The New National Era, a newspaper published for the African American community in Washington, D.C. Rosetta Douglass Sprague helped found the National Association of Colored Women, which provided social support to African American families and advocated for action to fight racism and poverty. 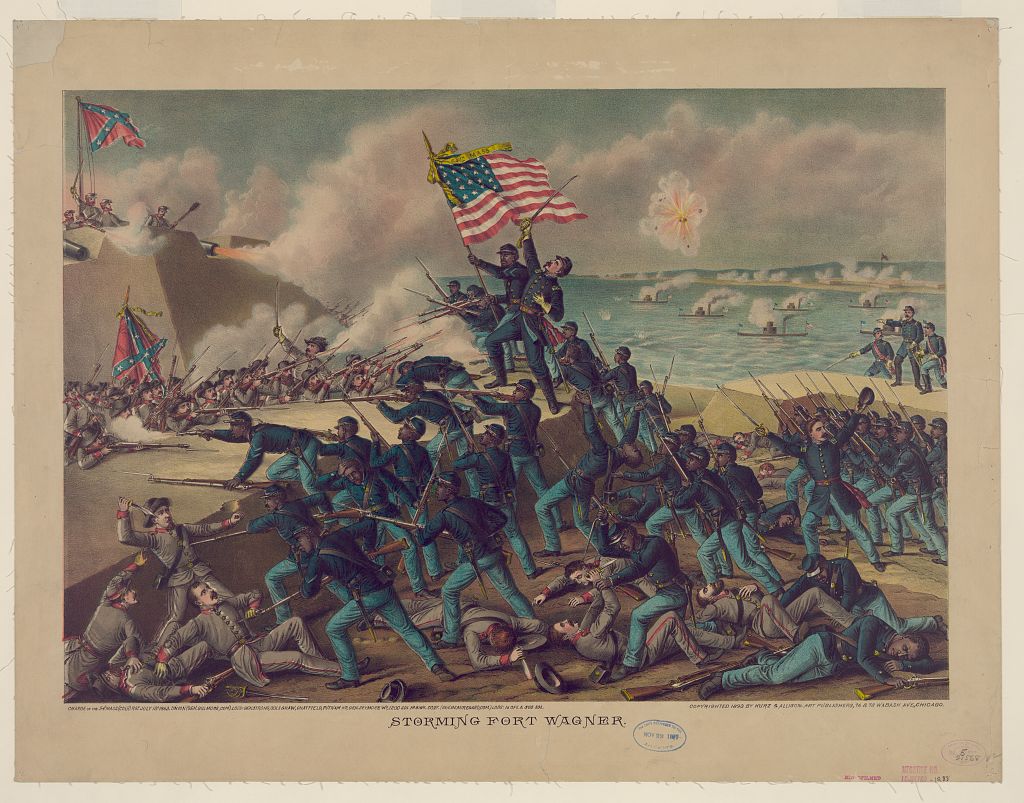 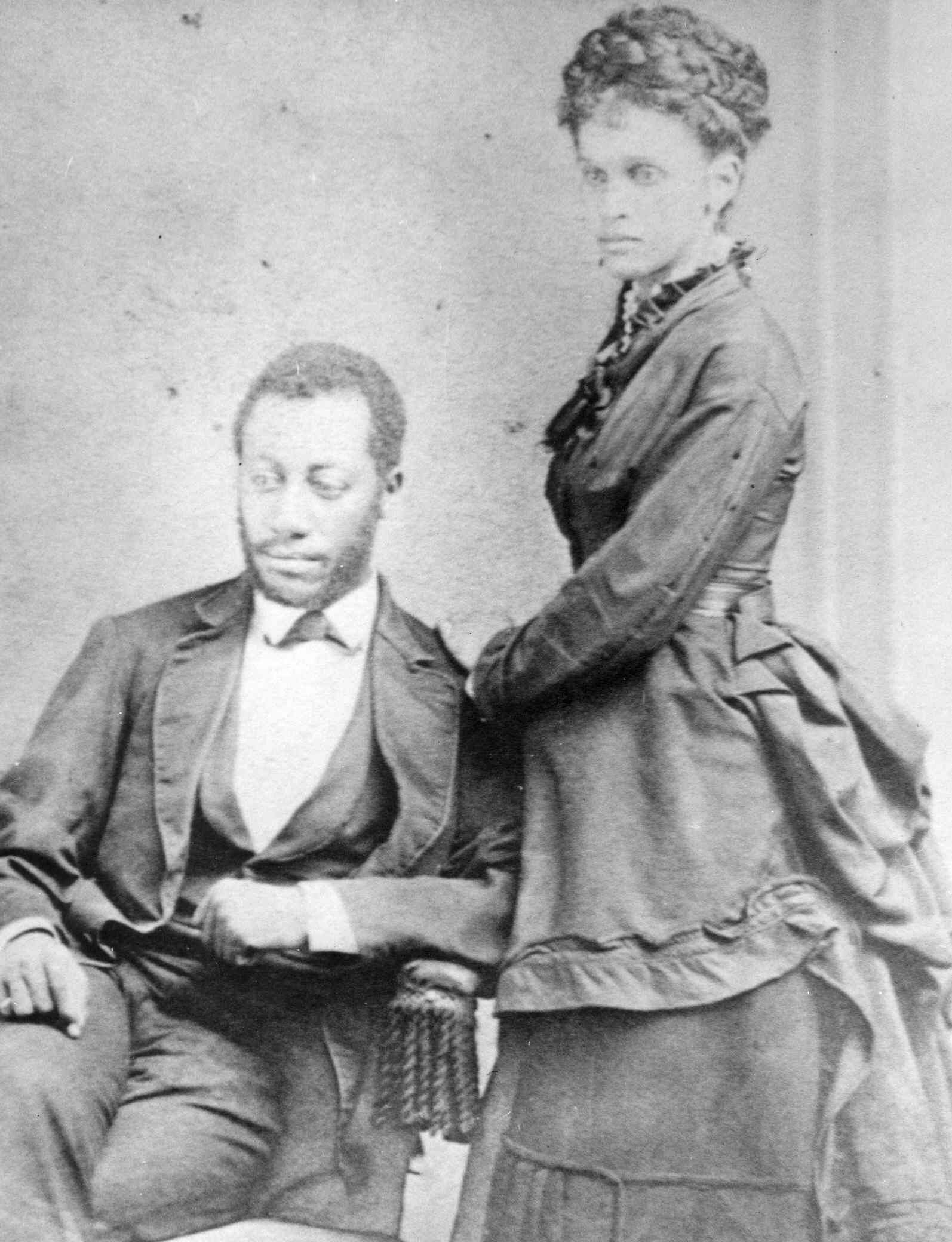 Lewis Douglass with his wife Amelia. In addition to publishing his newspaper The New National Era, Lewis was active in local government in Washington, D.C. Source: National Park Service

Like all families, the Douglasses had their share of disagreements and strain. After Anna Murray Douglass’s death, Frederick Douglass married Helen Pitts, a white teacher and women’s rights advocate, providing little notice to his family. Evidence suggests that Douglass’ children they never warmed up to their stepmother. Even so, the family remained committed to civil rights.

As America continues to grapple with issues of systemic racism, police brutality, and ongoing racial disparities, the Frederick Douglass Family Initiative, founded by descendants of both Frederick Douglass and Booker T. Washington, continues the Douglass family’s work of creating a more equitable world.

NMAAHC Talking About Race; Antiracism Project; Your Kids Aren’t Too Young to Talk About Race; Teaching Tolerance – White Anti-Racism: Living the Legacy; Antiracist Resources and Reads: Lists for All Ages