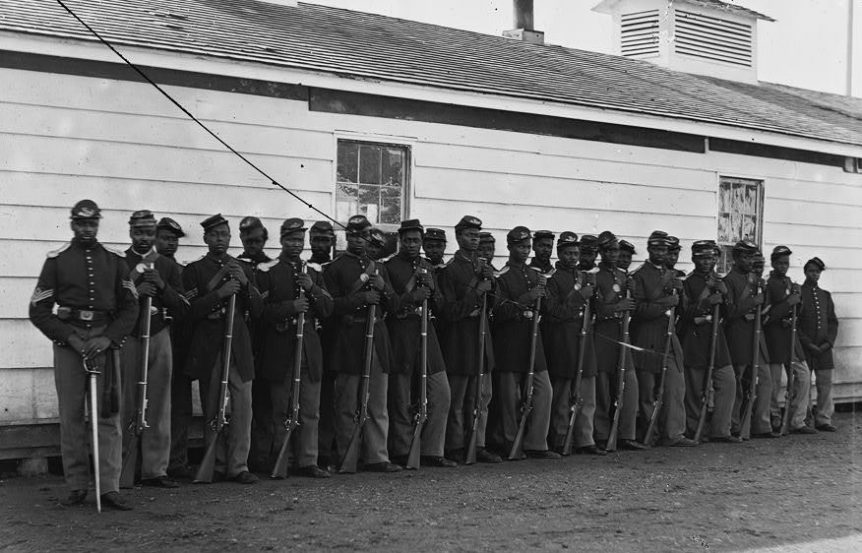 USCT troops entering the city of Richmond are cheered on by the city’s African American community and white Unionists. Source: American Antiquarian Society

In April 1865, African American and white United States soldiers marched through the streets of the former Confederate capital of Richmond, Virginia. After four years of brutal fighting, the city had finally fallen, forcing the Confederate government to flee. One of the soldiers who marched through the city, Garland White, had been born enslaved in the Richmond area. After an enslaver sold him away from his family, he escaped to freedom, served as the chaplain of the 28th Regiment United States Colored Troops (USCT), and had now returned to central Virginia as a liberator.

Garland White was one of over 200,000 African Americans who fought for the Union in the Civil War. At the start of the conflict, Black men could serve in the United States (Union) Navy but were barred from joining in the army. Racist ideology, perpetuated by enslavers but prevalent around much of the country, held—with no basis in fact—that African Americans lacked the intelligence and self-control necessary to be soldiers. President Abraham Lincoln, concerned about the loyalty of the slaveholding border states of Kentucky, Missouri, Maryland, and Delaware, initially ordered recruiters to turn away Black enlistees. Even so, calls to reverse this policy grew louder. Prominent abolitionists like Frederick Douglass lobbied the president. William Henry Singleton, who escaped slavery at the beginning of the war, begged Union authorities to allow him to establish a regiment. In Virginia, a reporter visiting one of Robert E. Lee’s former plantations noted of the enslaved community: “everyone to whom I have spoken would fight for [Lincoln] if he was called upon.” 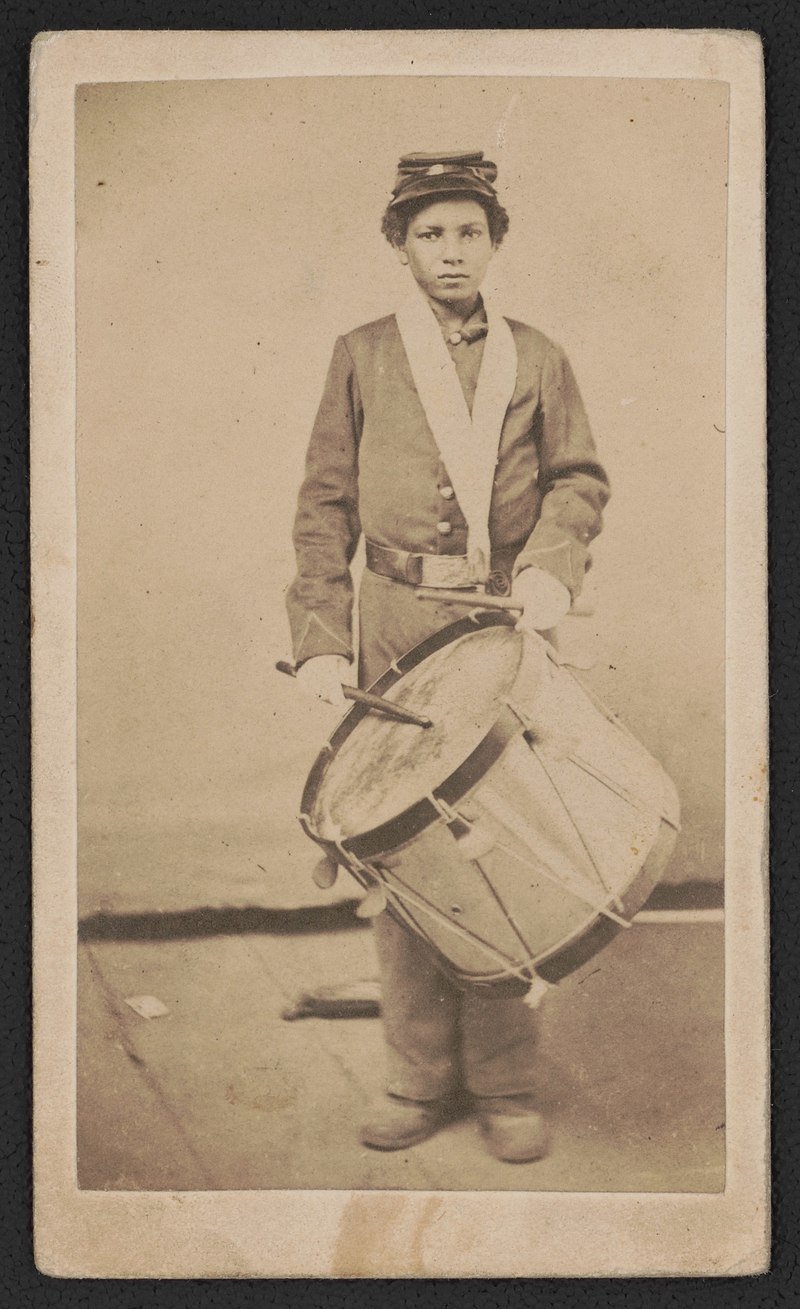 A drummer boy with the 78th USCT. Source: National Archives

As Douglass and others applied pressure on the Lincoln administration, events were changing on the ground. Many enslaved people risked their lives to reach Union lines, eventually compelling the Union high command to classify them as “contraband of war,” a half-step between slavery and freedom. Several Union commanders even began to arm African Americans. By the fall of 1862, several Black regiments were drilling in the Carolinas, Louisiana, and Kansas. Opinions in the Lincoln administration shifted as well. The Militia Act of 1862 authorized the president to begin enlisting Black soldiers. After Lincoln’s Emancipation Proclamation, recruitment efforts began in earnest. Most of these soldiers were organized within USCT regiments.

Soldiers who enlisted in the USCT found themselves fighting two wars, one against the Confederates and another against racism. The Army paid Black troops less than their white counterparts and barred them from becoming commissioned officers. Many Northerners, including many Union commanders, did not believe that African American soldiers could fight and were reluctant to commit them to battle. As such, many USCT troops found themselves performing auxiliary tasks such as building fortifications. Being on the battlefield brought additional dangers. The Confederates viewed members of the USCT as rebellious slaves and often killed or enslaved captured USCT soldiers. During battles like Fort Pillow and the Crater, Confederate soldiers murdered Black soldiers as they sought to surrender.

Despite these obstacles, USCT soldiers played a major role in helping the United States crush the Confederate rebellion. Estimates indicate that around 200,000 African Americans served as soldiers in the Union Army, a little over half of whom had been formerly enslaved (although estimates on this vary). Another 20,000 served in the Union Navy. While the Army forcibly drafted some Black soldiers from refugee camps or plantations close to the Union lines, others eagerly volunteered. Many USCT’s agreed with Frederick Douglass, who argued that serving in the war would help advance their efforts to secure civil and political rights for themselves and their families when it was over.

“By every consideration which binds you to your enslaved fellow-countrymen, and the peace and welfare of your country; by every aspiration which you cherish for the freedom and equality of yourselves and your children; by all the ties of blood and identity which make us one with the brave black men now fighting our battles in Louisiana and in South Carolina, I urge you to fly to arms, and smite with death the power that would bury the government and your liberty in the same hopeless grave.”

Only men could serve in the military, but many African American women found ways to support the war effort, raising money and gathering supplies for USCT troops. Some, like Harriett Tubman, served as spies, providing intelligence to Union commanders. Others served as nurses, cooks, and laundresses. Black women in Baltimore, Maryland, sewed the flag that the 4th USCT carried into battle at New Market Heights. It is also possible that some women disguised themselves as men to fight in USCT regiments.

This is Part 1 of our blog on the USCT. Check back later this week for Part 2, which examines the stories of a few individual soldiers and the end of the war.