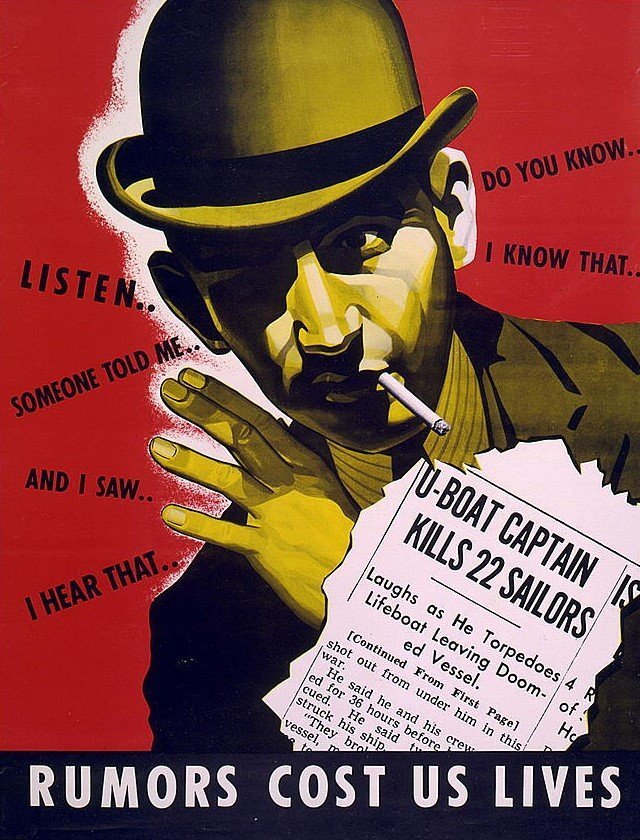 The sheer volume of information generated during the COVID-19 pandemic is stunning. A jumble of facts, fictions, half-truths, rumors, and conspiracy theories parade before us each day on news outlets, cable television, talk radio, and on social media. The challenge of divining wheat from chaff becomes all the more important in matters of life or death—strikingly symbolized in late April when the makers of Clorox and Lysol pleaded with Americans to not inject or ingest their products due to their toxicity.

Concern over the flood of misleading information about SARS-CoV-2, the virus responsible for the current coronavirus disease (COVID-19) pandemic, has led the World Health Organization (WHO) to declare the outbreak of an “infodemic” alongside the current pandemic. Looking at the event from a historical perspective, the rather diverse—and in some cases outright misleading—information now circulating should not have been unexpected. Most events of significance are accompanied by the spread of incorrect information. It may start innocently enough, with information initially thought to be true but later disproven as new details and data come to light. Nonetheless, ideas later disproven often have cultural staying power, such as the old wives’ tale that you can catch a cold if you go out in the rain insufficiently clothed. 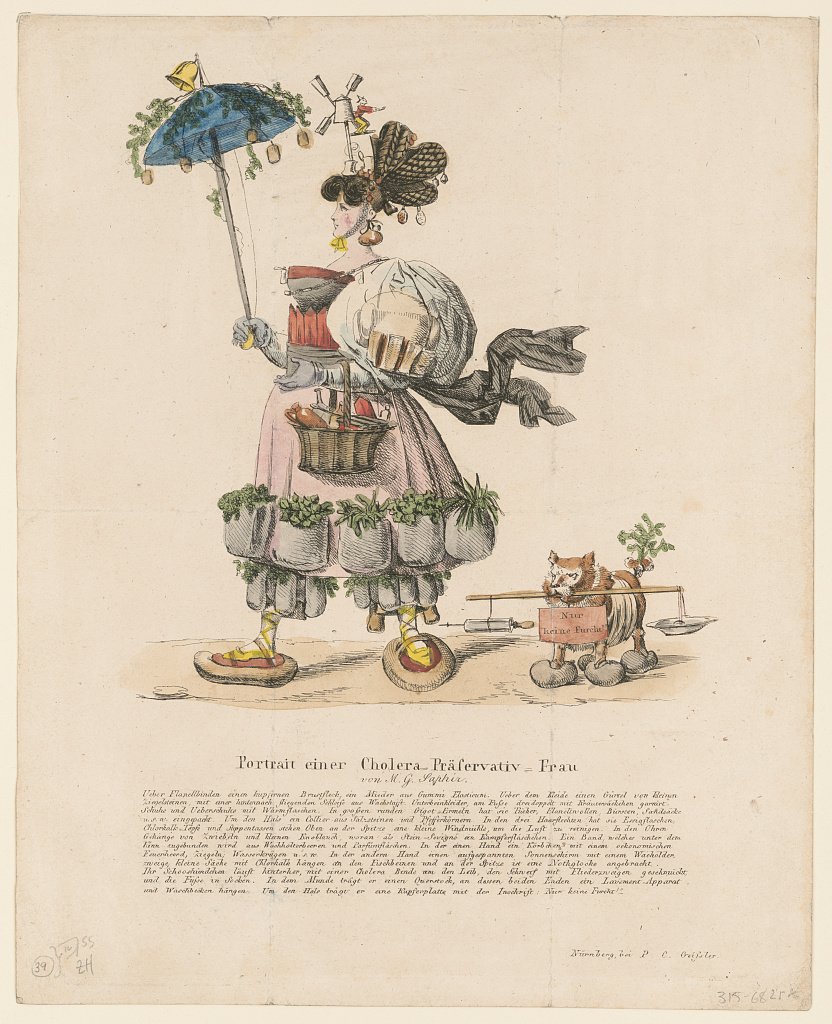 This German engraving from 1850 depicts a woman and her dog outfitted with all of the preventative measures thought at the time to guard against cholera. Source: Library of Congress

During public health emergencies people seem to be particularly prone to rumors and false information. During the 1918 influenza epidemic, for example, some doctors began writing prescriptions for a mixture of whiskey and water as a cure for the virus. Alexandria, Virginia, was a dry city at the time, so police supplied pharmacies with whiskey they seized from bootleggers. Rumors began circulating that the police were distributing whiskey, prompting citizens to “besiege” the police station with telephone calls and in-person visits demanding whiskey.

Conspiracy theories have run rampant in the time of COVID-19. Some have set fire to telephone towers after hearing the unfounded claim that 5G network equipment could cause viral infections. Others have made the dubious assertion that the entire pandemic was intentionally planned.

Misinformation and disinformation were of great concern during wartime, leading many governments to issue posters attempting to limit their circulation. Source: Library of Congress

What concerns scholars of disinformation the most, however, is the use of conspiracy theories and disinformation by nation-state adversaries who seek to manipulate internal political or social discord. Historically, disinformation campaigns were common during wartime or long periods of geopolitical tension such as the Cold War. In more recent times the use of disinformation in peacetime has become increasingly prevalent, and it has taken on subtle sophistication in the Internet era. Truths, half-truths, and untruths are arranged in a constellation to play on emotions and, when successful, result in action on the streets, in the courthouse, and the voting booth.