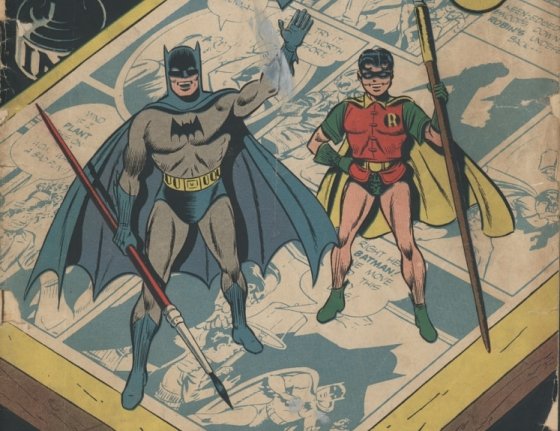 Have you been trying to tackle spring cleaning while staying home? Maybe you’ve uncovered some forgotten treasures in the attic and basement and are wondering “Hey, are my old Star Wars toys worth anything?”

The answer is: maybe. Collectibles—be it toys, coins, or comic books—are a fickle investment. Learning their history can help you decide if you’ve got a gold mine in your closet, and understanding how and why something becomes “collectible” provides a unique window into the history of consumerism, popular culture, and how we assign things value changes over time. 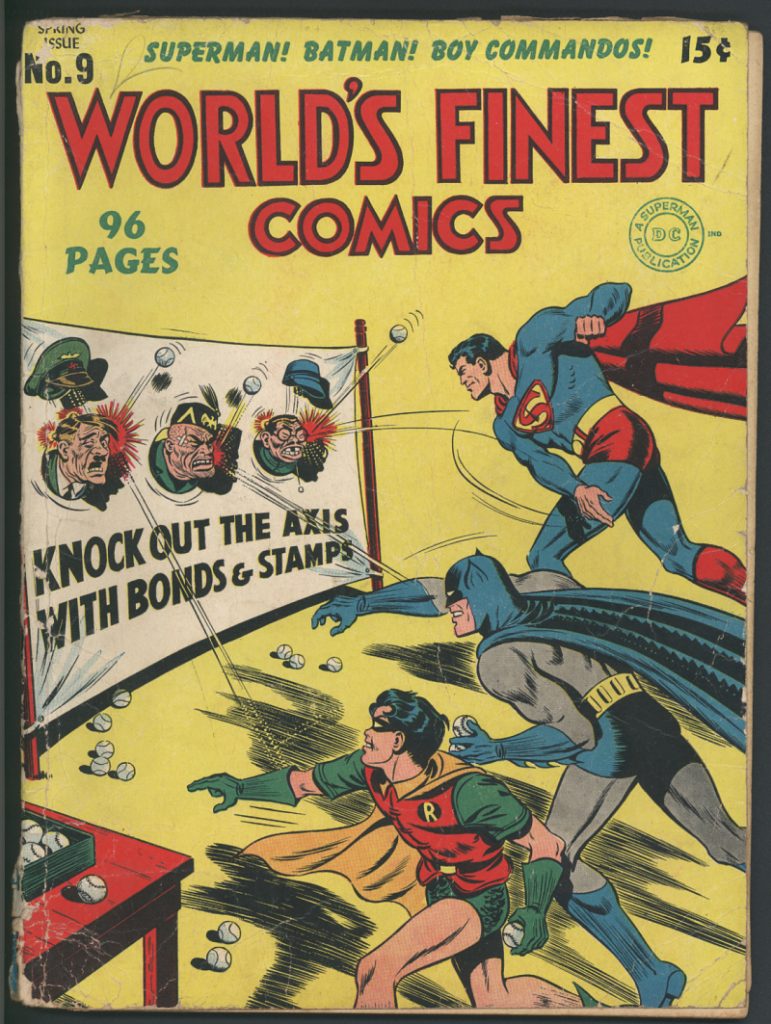 Wartime comics are also a fascinating window into propaganda, concerns raised during the war, and how children were encouraged to do their part for the war effort. Source: Smithsonian National Museum of American History

In many cases, an item becomes collectible because the demand for an object is higher than it was when the item was first available. Comic books are a classic example. The first superhero comics hit newspaper stand shelves in the late 1930s and quickly became a staple of pop culture. However, most adults were slower to catch on to the craze, dismissing them as trashy entertainment or strictly for kids. These cheaply printed books were easy to damage and weren’t seen as valuable. Kids often read them over and over again until they fell apart, or threw them away when they were finished with them. During World War II, kids were encouraged to recycle their comic books to aid the war effort—some comics printed notes on each issue encouraging readers to do just that. Kids who were eager to do their bit—and unwilling to disappoint Superman—eagerly turned in comics they had finished reading.

Thus, comic books that survived the 1930s and 1940s are a rarity. Ask your grandparents what happened to their comic book collections—you may be surprised to hear what they once had! It wasn’t until the 1970s that comic book collecting became a mainstream hobby. Specialty shops fans could visit to buy out of print issues alongside new releases became more common as demand grew. By this point, these early books were worth more simply because there were less available to collect. While some modern comics can be valuable, many are not thanks to stores and fans making a concerted effort to preserve their collections, as well as comic companies oversaturating the market in the 1980s. 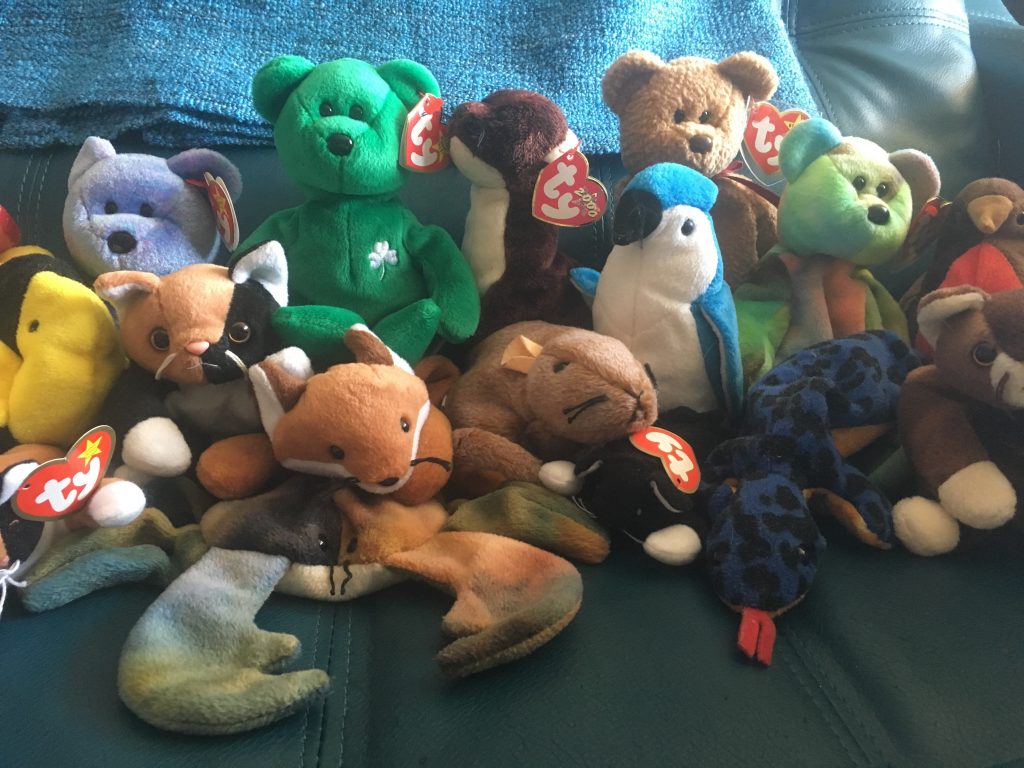 The author’s Beanie Baby collection. Who still has a bunch of these guys in a box in the closet or the basement?

While early comic books might be scarce, and therefore valuable, mass-produced items marketed to consumers as “collectible” often create an oversaturated market, tanking any potential value for resellers. The Beanie Baby craze of the late 1990s saw scores of consumers buying up the cute bean bag animals with the genuine belief that they would increase in value at a steady, astronomical pace. Collectors hoarded the plush animals—maintaining pristine tags preserved in plastic cases—in hopes that they would send their kids to college or pay for their retirement. In at least one case, they were even considered a valuable asset in a divorce proceeding. Speculators published guidebooks with pricing predictions decades into the future, promising that a $5 dog or cat, to say nothing of the limited edition bears, could be worth as much as $2,000 in 2008. 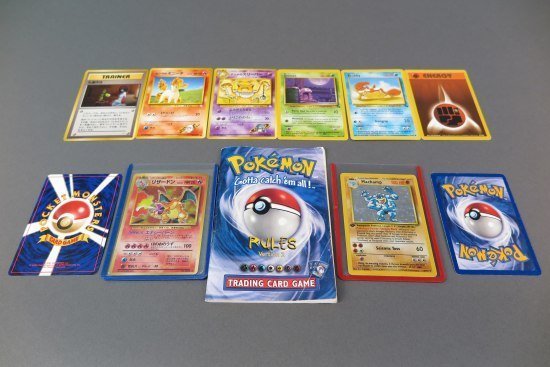 Gotta catch ’em all! Pokémon cards were another buying craze of the 1990s. Like Beanie Babies, only a few of the original cards are worth serious money today. Source: Smithsonian National Museum of American History

For a brief period, people did make a fortune buying and selling Beanie Babies. The craze is a perfect example of an economic bubble, where frenzied consumers and spectators drive up the price of an object until the bubble collapses, sending prices plummeting. While the first waves of Beanie Babies were produced in smaller quantities and remain somewhat valuable today, the company leaned into the massive demand from the public by increasing production and randomly discontinuing styles in an attempt to drive demand even higher. By 2000, the intense demand dropped off considerably, leaving thousands of people with attics full of mint condition Beanie Babies and no one to buy them.

But the story doesn’t end there—Beanie Babies were influential in establishing the internet as a place people were comfortable buying and selling goods. Online stores and fan communities allowed collectors to connect with people all over the world in real-time to buy and trade in-demand Beanies. At the height of their popularity, Beanie Babies accounted for 10% of eBay’s total sales. They left a marked effect on small businesses, too. Sold only at mom-and-pop gift shops rather than big-box retailers, when the bubble burst, many of these stores faced economic struggles without their plush cash cow guaranteeing them sales. 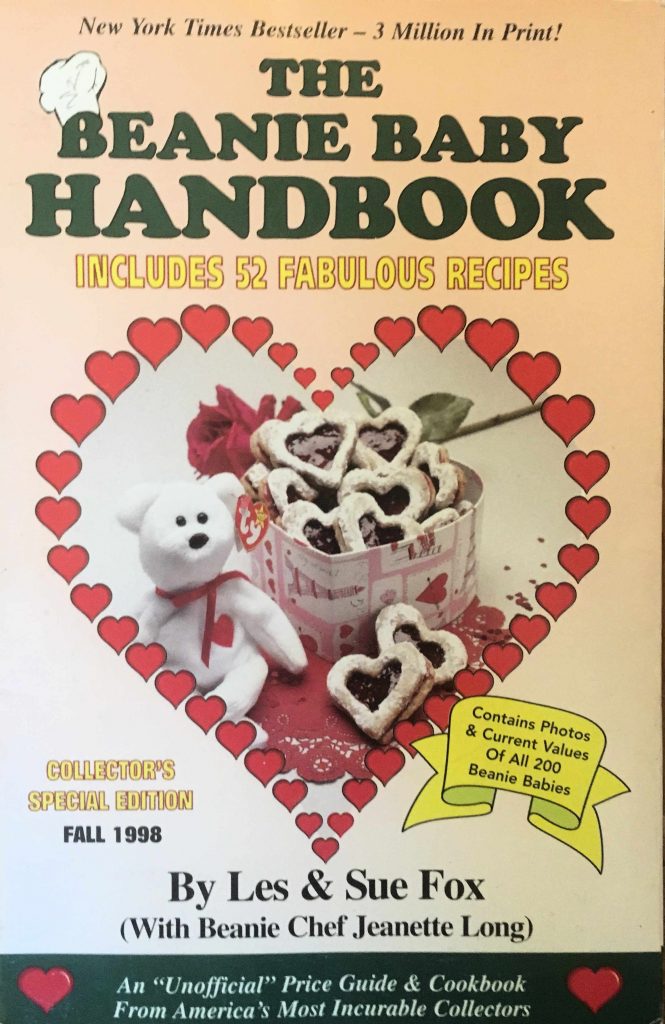 Some Beanie Baby price guide authors tried to find unique ways to set their guides apart from other competitors, like this one that doubles as a cookbook.

The advent of the Internet Age created a few other major changes for collectors and sellers. Before the internet, collectors relied on local specialty shops, conventions, and mail-in companies to find items for their collection. Prices for certain collectibles like Barbies or action figures could be set by price guides, published by experts or opportunists looking to shape the market. As websites like eBay became more popular, collectors no longer needed to rely on these services to sales or purchases. This was great for collectors, as you had faster access to more product often at better prices, but bad for small businesses that ran shops and shows. But there are modern challenges for collectors and sellers as well, like misleading clickbait articles published on websites like BuzzFeed or Mental Floss. Many of these articles claim that items like American Girl Dolls can be worth thousands of dollars without doing any research into what they actually sell for. These articles confuse first time sellers, making it difficult for them to find new homes for their items.

Counterfeit items are another concern. Buyers looking for a cheap bargain can unwittingly purchase items from an unscrupulous seller, who may use stock images of the real object only to mail a counterfeit figure, doll, or set. In 2019, Chinese police officers raided a factory producing counterfeit Lego sets in Shenzhen, China, seizing over 630,000 products that mimicked official sets based on properties like Star Wars and The Lego Movie 2. Generally, if a deal seems too good to be true, it just might be!

If you’ve unearthed your own potential treasure trove of collectibles, spending a few hours researching what you have and what people are willing to pay for it can save you a lot of time and frustration. Checking sold listings on eBay, locating fan websites, or joining Facebook groups where you can interact directly with potential buyers can help you understand what you have, and what it might be worth. Good luck!