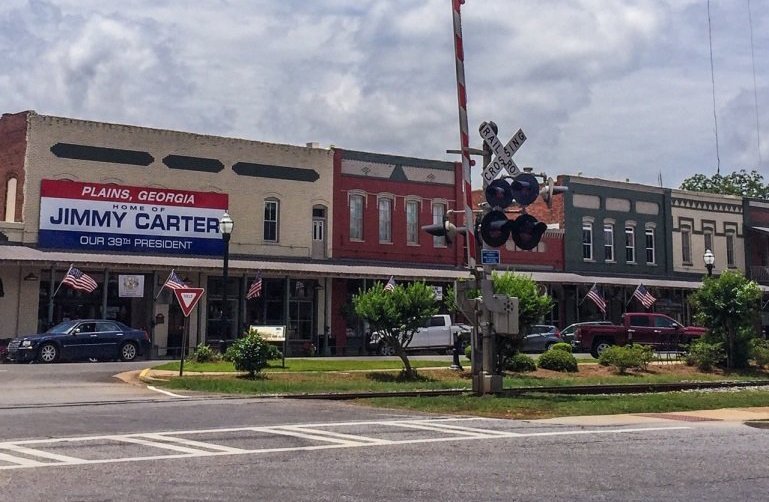 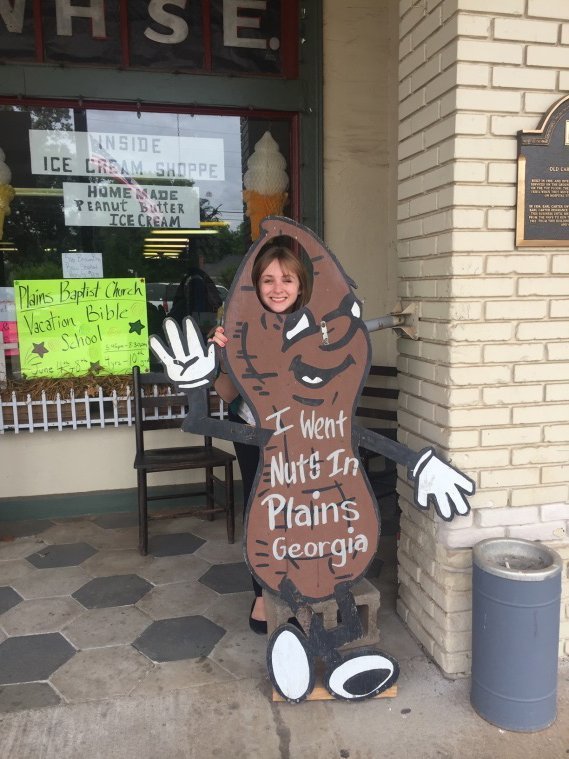 On Presidents’ Day 2020, Plains High School in the small town of Plains, Georgia, opened new exhibits about the school’s most famous student—our 39th President, Jimmy Carter. Together, Jimmy Carter and his wife Rosalynn cut the ribbon, officially inviting visitors in. Run by the National Park Service, Plains High School is part of the Jimmy Carter National Historic Site, a multi-property park that includes Jimmy Carter’s boyhood home, the Plains historic district, and the Plains Train Depot, where Carter launched his presidential campaign in 1974.

In 2015, the park hired HAI and HealyKohler Design to replace outdated exhibits and create a new interactive and engaging experience that connected visitors with both the Carters’ lives and careers and the park’s themes of public service and citizenship. I was part of HAI’s project team, leading the exhibit planning and content development effort from beginning to end. We developed the exhibit concept; wrote and edited exhibit text, artifact labels, and image captions; and licensed and acquired high-resolution images for the final display.

Over the course of the project, I had the opportunity to visit Plains three times. One thing is immediately obvious: this is Carter country. Roughly two hours south of Atlanta, the small rural town only has around 700 residents, including the Carters. Walking down main street in Plains is like walking back in time. Cafés and shops display Plains High School yearbooks and memorabilia. The Carter Warehouse sells original 1976 campaign buttons and, of course, peanuts of all types and forms—caramelized, sweet, spicy, and even some delicious peanut ice cream—in honor of the town’s, and Carter’s, peanut farming heritage. A large banner proudly declares Plains the home of the 39th president. A friend of the Carter family even invited the project team into her home to show us artifacts that could be included in the exhibit. 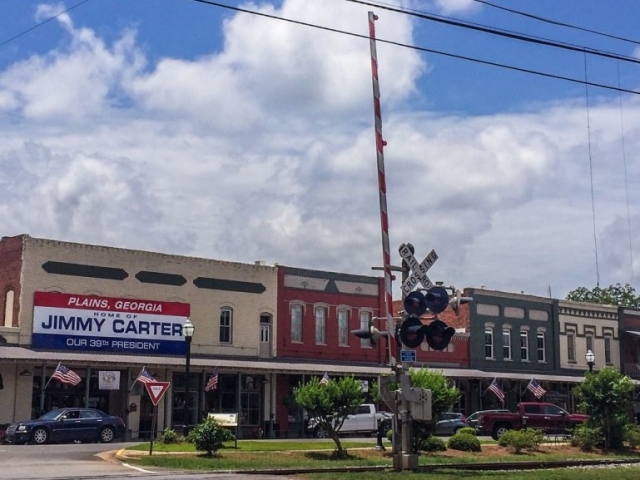 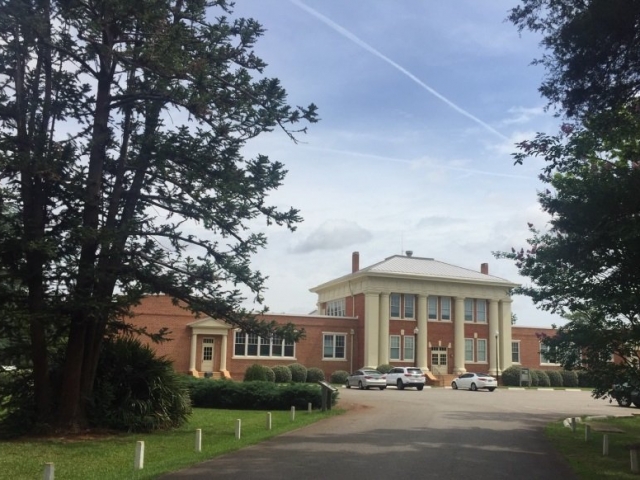 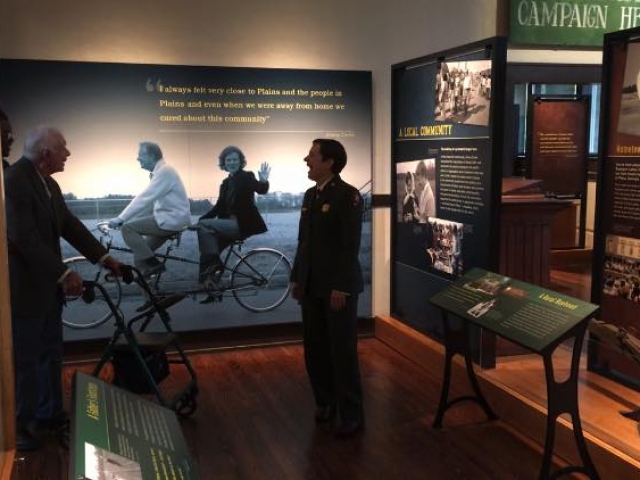 The Carters influenced the community, but Plains shaped the Carters. Here, the Carters learned the meaning of hard work and adversity. Like much of the south, Plains and the surrounding communities were segregated for much of the Carters’ early lives. But, Jimmy Carter grew up down the road in a largely black community. As a young child, he witnessed the painful effects of segregation and injustice and his mother was an outspoken advocate for equality. Similarly, Carter’s early experience with wind power on the family’s farm influenced his progressive environmental policies as president. Today, much of the area’s power comes from a solar farm established by the Carter family. 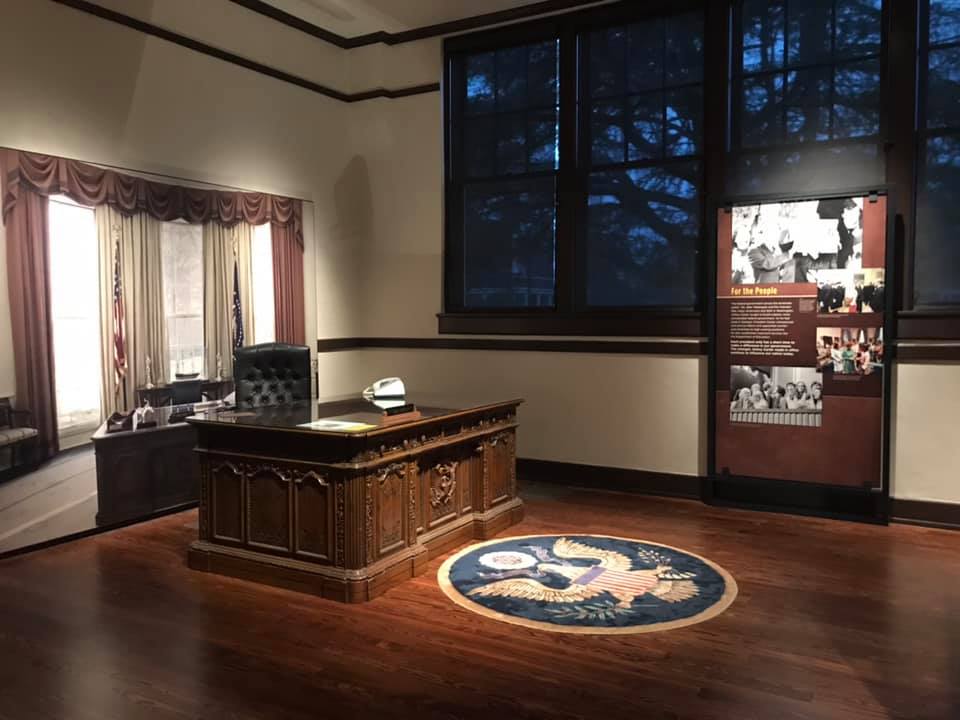 If you get a chance to visit Plains, don’t forget to snap a photo from behind the resolute desk!

For the Carters, their lifetime commitment to meaningful change and public service started in Plains. Back at the High School, the finished exhibit explores how President and Mrs. Carter created transformational change in their local, national, and global communities and seeks to inspire visitors to do the same. Visitors coming to the Jimmy Carter National Historic Site will not only learn about the extraordinary lives of Jimmy and Rosalynn Carter, but also the community that shaped them. You can explore the story of Plains and learn about the students and teachers who once filled the halls of Plains High School. Inside the Carters’ old classrooms, visitors wind their way through exhibits featuring precious mementos from the Carter family farm, scrapbook photos preserved by the school’s beloved superintendent, and keepsakes from the White House and beyond. Visitors leave with a feeling of uplift, energized by the Carters’ story and perhaps even ready to follow their inspirational example.

Confrontation with the Past: The Legacy of American Indian Boarding Schools in the United States
(Re)building Museums: Reflections on the Mid-Atlantic Association of Museums 2021 Symposium
Chronicling Health and History: HAI’s Decades-Long Collaboration with the NIH
Lean In and Let Go: Creative Team Building in Small Museums