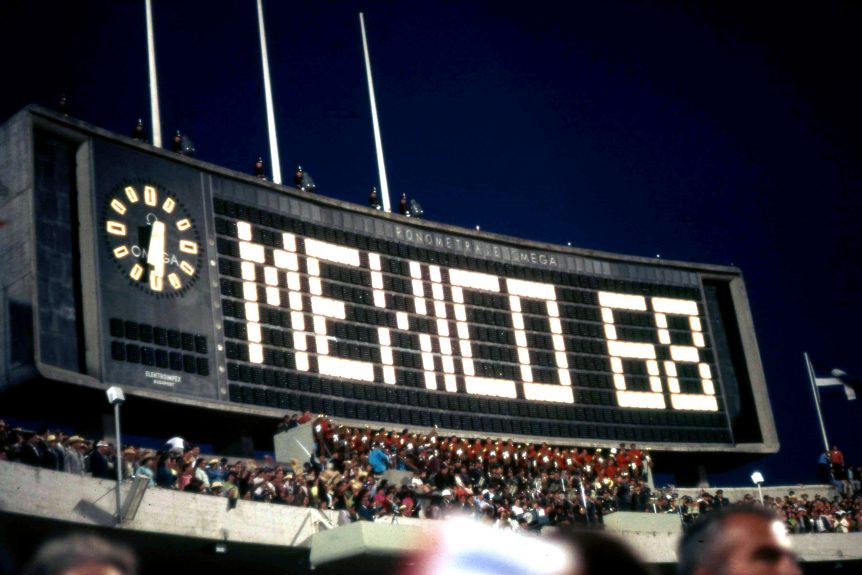 If not for the coronavirus pandemic, we would currently be in the midst of the 2020 Summer Olympics in Tokyo, Japan, watching awestruck as Simone Biles flew and twisted in midair and no doubt enjoying the debut of surfing as an Olympic sport. Even so, Olympics fans have something to celebrate—tomorrow, the U.S. Olympic and Paralympic Museum will open to the public. HAI had the privilege of contributing to content development for the 60,000 square-foot Colorado Springs museum, working alongside design firm Gallagher & Associates to create a compelling immersive experience. To celebrate, we’re sharing the history behind one of the most iconic and controversial moments in Summer Olympics history. 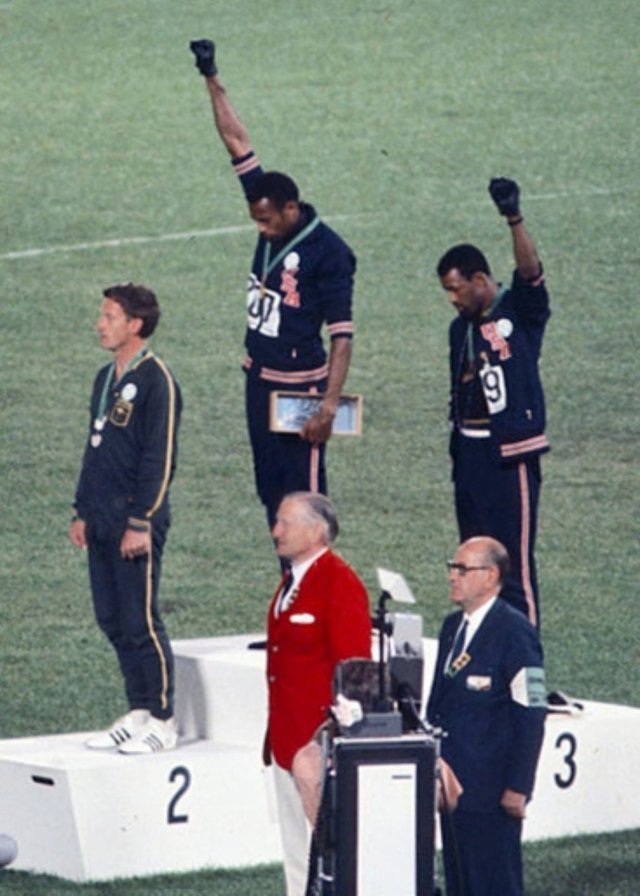 US track & field athletes John Carlos and Tommie Smith each raise a black-gloved fist at their 1968 Olympic medal ceremony in Mexico City, as the US national anthem rings through the stadium. Source: Wikimedia

At 1968’s Summer Olympics in Mexico City, Mexico, U.S. track and field athletes Tommie Smith and John Carlos won gold and bronze in the 200-meter race, with Smith setting a new world record. But perhaps the most influential moment of their Olympic careers, and of the Olympics more broadly, came on the podium after the event. As they raised their fists, a stunned silence came over the crowd, followed by racist jeering. Carlos later recalled, “There’s something awful about hearing 50,000 people go silent, like being in the eye of a hurricane.”

Smith later explained their gesture as symbolizing solidarity with the human rights movement at large, but he and Carlos found themselves roiled in controversy long after the Games’ closing ceremonies. In 1968, anti-Black racism and violence in America had reached a boiling point, and in calling attention to its long legacy on an international stage, Smith and Carlos were immediately subject to serious criticism, exclusion, and death threats. The International Olympic Committee (IOC) suspended them from the US team for their gesture in support of civil rights; the IOC had also deemed the Nazi salute in 1936’s Berlin Games acceptable – as the latter was a national salute.

In the intervening years, Smith and Carlos forged on as athletes and public figures, and eventually became authors and advisors on the subjects of sports, education, and human rights. In 2013, the IOC recognized their gesture in 1968 as a landmark moment in sports and civil rights history. Reflecting on it all, Smith said, “I had no regrets, I have no regrets. I will never have any regrets. We were there to stand up for human rights and to stand up for black Americans. We wanted to make them better in the United States.”